As citizens of nations around the world line the streets as far as the eye can see in protest of tyrannical governments—many linked to U.S. corporations, financial institutions, and politicians—it is worth remembering the flawed call to arms of President Woodrow Wilson on April 2, 1917. Wilson used the threat of German domination and a Mexican invasion (via the Zimmerman Telegram) to ask Congress for a declaration of war. America must intervene in affairs, Wilson argued, so that the world can “be made safe for democracy.”

“Its peace must be planted upon the tested foundations of political liberty,” Wilson’s plea continued. “We have no selfish ends to serve. We desire no conquest, no dominion. We seek no indemnities for ourselves, no material compensation for the sacrifices we shall freely make. We are but one of the champions of the rights of mankind. We shall be satisfied when those rights have been made as secure as the faith and the freedom of nations can make them.”

Yet, when World War I ended and the victors met at Versailles, the world was carved up to meet the aims of the U.S., Great Britain, France, and Italy. The U.S. and Great Britain had their eyes particularly turned to the Middle East, and for the next 100 years, American foreign policy has operated on serving its selfish ends.

The aftermath of World War II ushered in another carving up of sovereign nations, this time with the rise of the U.S. intelligence community on its heels. President Harry S. Truman created the Central Intelligence Agency (CIA) through the National Security Act in 1947, the beginning of what would be a 50-year Cold War. Speaking to biographer Merle Miller toward the end of his life, in the 1960s, Truman would express regret about the Agency’s creation. “I think it was a mistake,” Truman told Miller. “And if I’d known what was going to happen, I never would have done it.” Truman said this well before the Church Committee hearings of 1975-1976 had outed many of the CIA’s dirtiest deeds, including the internal report entitled the “Family Jewels.”

“What was going to happen,” in Truman’s words, was best described in the book Killing Hope: U.S. Military and CIA Interventions Since World War II by the late William Blum. It is the primer on American-led and American-financed coup d’états. Blum’s 2004 edition lists 55 separate chapters, one per coup. The 56th and final chapter combines all coups between 1992 and 2004.

A coup is technically a “sudden, violent, and illegal seizure of power from a government.” Those are hard coups. There are also soft coups (silent coups) that seize power strategically, nonviolently, and from within. President Richard Nixon’s downfall was spurred by a silent coup, and it’s likely that President Donald Trump is increasingly falling victim to one today. But abroad, where the media leaking back to Americans is also controlled by the Pentagon and CIA, hard coups are less risky. The media’s painting of foreign lands as places where chaos is normal serves to build acceptance on the part of the American people when the Pentagon and CIA are the impetus of the coup d’états and the chaos that follows.

Today, people line the streets in Bolivia, Hong Kong, Syria, Lebanon, Chilé, Venezuela, and Paris. To name all the cities and countries embroiled in protest and revolution today would almost be a list of the UN’s member nations.

The U.S. has been deeply involved in many of these nations and is affecting much of the strife. For years, the State Department worked to oust Venezuela’s Hugo Chavez. When Chavez died of a mysterious cancer in 2013, Nicolas Maduro, a former bus driver, trade union leader, Chavez appointee, and leader of the United Socialist Party of Venezuela rose to the position of president and then won a general election shortly thereafter. Protesting Maduro’s latest inauguration in January 2019, Juan Guaidó declared himself the acting president of Venezuela. Minutes later, the U.S. recognized Guaidó as the rightful president. Due diligence should take more than minutes, unless the action was pre-determined and pre-planned.

In Bolivia, a U.S.-backed coup has led to the ouster of populist President Evo Morales, as well as other top government officials. Trump stated that the coup has been a “significant moment for democracy in the Western Hemisphere” and hinted that Nicaragua was next. The media, by way of The Washington Post and The New York Times, also praised the coup (though never using the word) and claimed it was merely a matter of coincidence that it was the military that drove out Morales. In one week, the U.S.-supported new government of Bolivia has given the military a formal “license to kill” protestors, appeared on TV with a list of journalists who are to be rounded up, expelled hundreds of Cuban doctors, and conducted a massacre in Cochabamba. Is Bolivia now safe for democracy?

Dollar diplomacy used to be taught in schools as a mere take on foreign policy. “What’s good for GM is good for America.” That was before Twitter allowed us to see what was really happening as these coups progressed. Foreign policy isn’t a card game; it’s a war, or a continuous series of wars. Nothing is being made safe for democracy. The U.S. is actively engaged in a globe full of regime changes, all to make the world safe for corporatism. 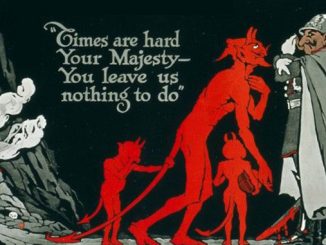 Lies About World War I Abound 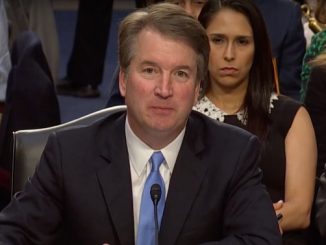