AFP’s on-the-ground Bilderberg Meeting 2017 reporter’s Saturday morning dispatch reveals that, not surprisingly, U.S. corporate media is pretending, again this year, that participation by active American government office-holders in the secretive meeting is not worth reporting on. Fortunately, American Free Press and a few other alternative, real news sites are picking up the slack.

CHANTILLY, Va.—On the morning of Saturday, June 3, the Bilderberg group’s 65th meeting since 1954—though vitally important, given the identity of this year’s attendees, the key topics they secretly discuss, and the relevance of those topics to major political and economic developments—had evidently been ignored by the national mainstream and regional media.

This, despite the fact that this AFP writer placed several calls and emails to newspapers ranging from the Arkansas Gazette-Democrat to the South Carolina Post and Courier—in those cases due to the Bilderberg meeting attendance of two sitting U.S. senators: Tom Cotton of Arkansas (R) and South Carolina’s Lindsey Graham (R).

Calls to the senators’ offices were not returned as of Friday, June 2. AFP will press the staffs of these senators to make some kind of statement on what role the senators played at Bilderberg 2017.

Notably, a Post and Courier editor, even while conceding that the paper published a story about Sen. Graham attending Bilderberg for the first time last year in Dresden, Germany, sounded fairly certain that the paper would not cover Bilderberg this year, while characterizing the hush-hush Bilderberg meeting as mildly interesting, at best.

The Washington Post—whose parent company has made a $25,000 donation to the American Friends of Bilderberg “charity” group on at least one occasion in 2008—was also contacted, as was The Washington Times and USA Today. No calls or emails had yet been returned as of this writing. Same goes for the Kansas City Star, which, like the Post and Courier, ran with the story last year of Sen. Graham jetting to Dresden.

This current press indifference is especially odd given that Trump’s national security advisor, H.R. McMaster, is attending Bilderberg 2017, as is Commerce Secretary Wilbur Ross, strategic advisor Christopher Liddell, and, as it turns out, Deputy National Security Council Assistant Nadia Schadlow. This is perhaps the largest White House contingent to ever attend Bilderberg.

Combine that with the hot topics inside and outside the Bilderberg meeting at the Westfields Marriot in Chantilly, Va. and the press silence becomes even harder to comprehend:

Indeed, the big picture is this: The Bilderberg Group’s overall credo, with only minor exceptions, is to uphold the Paris Agreement over a professedly unshakeable belief in manmade global warming and the need to combat it no matter the cost to everyday people; plus, the Bilderberg worldview is also attuned to undying support for far-reaching free-trade agreements. 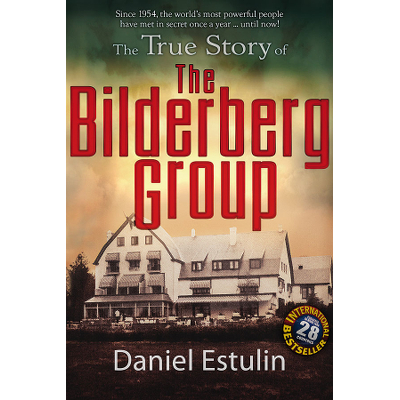 Thus, the important matter that the U.S. press is so far missing—partly illustrated by a broadly worded official Bilderberg 2017 topic listed at its website, “The Trump Administration: A Progress Report”—is whether Trump will follow up on his pull-outs from the Trans-Pacific Partnership and the Paris accord by also pulling out of another holy grail of the Bilderberg universe: The North American Free Trade Agreement.

Furthermore, AFP found that a Bilderberg-member newspaper that sent two people to Bilderberg this year, The Financial Times (which sent common Bilderberg attendee Martin Wolf and added fellow writer Gideon Rachman), had run a story about Commerce Secretary Ross being engaged in tense negotiations with sugar barons as part of the NAFTA accord, wherein Ross is reportedly trying to protect U.S. sugar growers from Mexican interests dumping cheap sugar in the U.S. market.

The catch is that Ross reportedly has a June 5 deadline to iron out the many wrinkles in the often heated negotiations that involve other sugar interests as well. Given that Bilderberg runs through June 4, the question is how Ross could afford to take the time to attend Bilderberg and still work through this matter, besides the question of whether the sugar deal will have a bearing on the U.S. staying in NAFTA in the first place. Either way, this matter is seen as an inside Bilderberg topic in a more unofficial manner.

Meanwhile, on the ground in Chantilly on day two of Bilderberg June 2, the protestors and alternative media members together numbered about 40 on a grassy strip along the hotel’s outer property—well away from the hotel, which is engulfed on all sides by trees and thick vegetation, making it one of the most difficult Bilderberg meeting locations to photograph attendees.

Still, the alternative media produced constant radio and livestream video reports. The expectation for June 3 was that a larger group of protestors and alternative media was to show up around noon, to bolster the visibility of what many say is a growing awareness of Bilderberg—despite the American mainstream media’s absence, with some protestors and alternative commentators telling AFP that the situation may reach the point where the orthodox press won’t be needed anymore anyway.