The Rise of the New Technological World Order.

Early in the morning of Monday, Dec. 15, 2020, Google suffered a major worldwide outage in which all of its internet-connected services crashed, including Nest, Google Calendar, Gmail, Docs, Hangouts, Maps, Meet, and YouTube.

The outage only lasted an hour, but it was a chilling reminder of how reliant the world has become on internet-connected technologies to do everything from unlocking doors and turning up the heat to accessing work files, sending emails, and making phone calls.

With each passing day, people are falling further under the spell of technologically driven virtual communities, virtual realities and virtual conveniences managed by artificially intelligent machines that are on a fast track to replacing human beings and eventually dominating every aspect of our lives. Science fiction has become fact.

Yet we are not merely in thrall with technologies that were intended to make our lives easier. We have become enslaved by them. Look around you. Everywhere you turn, people are so addicted to their internet-connected screen devices—smart phones, tablets, computers, televisions—that they can go for hours at a time submerged in a virtual world where human interaction is filtered through the medium of technology.

So consumed are we with availing ourselves of all the latest technologies that we have spared barely a thought for the ramifications of our heedless, headlong stumble toward a world in which our abject reliance on internet-connected gadgets and gizmos is grooming us for a future in which freedom is an illusion.

Cue the dawning of the Age of the Internet of Things, in which internet-connected “things” monitor your home, your health, and your habits in order to keep your pantry stocked, your utilities regulated and your life under control and relatively worry-free.

The key word here, however, is control. In the not-too-distant future, “just about every device you have—and even products like chairs, that you don’t normally expect to see technology in—will be connected and talking to each other.” This “connected” industry has become the next big societal transformation, right up there with the Industrial Revolution, a watershed moment in technology and culture.

Between driverless cars that completely lack a steering wheel, accelerator or brake pedal, and smart pills embedded with computer chips, sensors, cameras, and robots, we are poised to outpace the imagination of science fiction writer Isaac Asimov.

These internet-connected techno gadgets include smart light bulbs that discourage burglars by making your house look occupied, smart thermostats that regulate the temperature of your home based on your activities, and smart doorbells that let you see who is at your front door without leaving the comfort of your couch.

Nest, Google’s suite of smart home products, has been at the forefront of the “connected” industry, with such technologically savvy conveniences as a smart lock that tells your thermostat who is home, what temperatures they like, and when your home is unoccupied; a home phone service system that interacts with your connected devices to “learn when you come and go” and alert you if your kids don’t come home; and a sleep system that will monitor when you fall asleep, when you wake up, and keep the house noises and temperature in a sleep-conducive state.

The aim of these internet-connected devices, as Nest proclaims, is to make “your house a more thoughtful and conscious home.” For example, your car can signal ahead that you’re on your way home, while lights can flash on and off to get your attention if Nest Protect senses something’s wrong. Your coffeemaker, relying on data from fitness and sleep sensors, will brew a stronger pot of coffee for you if you’ve had a restless night.

Yet given the speed and trajectory at which these technologies are developing, it won’t be long before these devices are operating entirely independent of their human creators, which poses a whole new set of worries. As technology expert Nicholas Carr notes, “As soon as you allow robots, or software programs, to act freely in the world, they’re going to run up against ethically fraught situations and face hard choices that can’t be resolved through statistical models. That will be true of self-driving cars, self-flying drones, and battlefield robots, just as it’s already true, on a lesser scale, with automated vacuum cleaners and lawnmowers.”

For instance, just as the robotic vacuum, Roomba, “makes no distinction between a dust bunny and an insect,” weaponized drones—poised to take to the skies en masse this year—will be incapable of distinguishing between a fleeing criminal and someone merely jogging down a street. For that matter, how do you defend yourself against a robotic cop—such as the Atlas android being developed by the Pentagon—that has been programmed to respond to any perceived threat with violence?

Moreover, it’s not just our homes and personal devices that are being reordered and reimagined in this connected age: It’s our workplaces, our health systems, our government, our bodies, and our innermost thoughts that are being plugged into a matrix over which we have no real control.

Indeed, it is expected that by 2030, we will all experience The Internet of Senses (IoS), enabled by Artificial Intelligence (AI), Virtual Reality (VR), Augmented Reality (AR), 5G, and automation. The Internet of Senses relies on connected technology interacting with our senses of sight, sound, taste, smell, and touch by way of the brain as the user interface. As journalist Susan Fourtane explains: “Many predict that by 2030, the lines between thinking and doing will blur. . . . By 2030, technology is set to respond to our thoughts, and even share them with others. . . . The user needs to only think about the commands, and they will just happen.”

In other words, the IoS will rely on technology being able to access and act on your thoughts.

Unfortunately, as I make clear in my book Battlefield America: The War on the American People, we have failed to consider what such dependence on technology might mean for our humanity, not to mention our freedoms.

Orwell’s masterpiece 1984* portrays a global society of total control in which there is no personal freedom and advanced technology has become the driving force behind a surveillance-driven society. Snitches and cameras are everywhere. And people are subject to the Thought Police, who deal with anyone guilty of thought crimes. The government, or “Party,” is headed by Big Brother, who appears on posters everywhere with the words: “Big Brother is watching you.”

Constitutional attorney and author John W. Whitehead is founder and president of The Rutherford Institute. His books Battlefield America: The War on the American People and A Government of Wolves: The Emerging American Police State are available from the AFP BOOKSTORE. He can be contacted at [email protected] 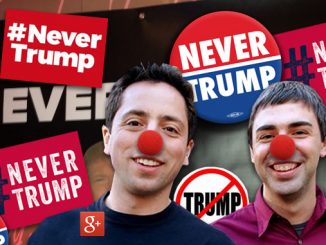 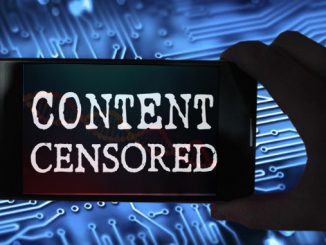 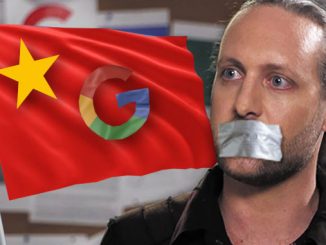