Monetary reformer Mickey Paoletta has cleared a key legal hurdle with the Pennsylvania Supreme Court in his effort to use a “King’s Bench” petition to beat mortgage fraudsters.

The Pennsylvania Supreme Court on June 12 stamped the relevant documents and finally officially agreed to review a “King’s Bench” petition filed by a citizen under the auspices of noted monetary-reform activist Mickey Paoletta. This development represents a significant step forward in Paoletta’s 35 years of effort to expose the corrupt banking system and its allies in the legal field. But getting the high court to move this matter forward was grueling.

“They put us through pure hell for seven or eight days in a row, but they accepted it—reluctantly,” Paoletta told AFP, referring to what he and embattled York, Penn. homeowner-petitioner Christopher Inch experienced. “There’s corruption in the highest places, and more and more people know what’s up. They want it stopped.”

According to Paoletta, the means of stopping it is found in the “King’s Bench jurisdiction”—a British common-law legal concept carried over to several states during America’s formative years, including the commonwealths of Pennsylvania and Virginia. The goal in Pennsylvania is to compel the high court to uphold the law and carry out broad oversight of the lower courts, and of those licensed to practice law, in order to stop, in blanket fashion, the torrent of fraudulent foreclosure proceedings against homeowners such as Inch.

This is explained in Inch’s petition being reviewed by the Pennsylvania Supreme Court. Section six of the petition states: “This petitioner makes application to this court to invoke its inherent supervisory power over this case [a lending company’s ongoing lawsuit versus Inch] and the other similar state cases and take corrective action over its licensed attorneys and inferior tribunals.”

Section seven adds that Inch petitioned the court “to grant an injunction on this conspiratorial enterprise, to grant relief in connection with an issue of immediate public importance that has affected thousands of homeowners and potentially could affect thousands more.”

Beyond the crucial element expressed in sections six and seven—intended to get the high court to accelerate relief for Inch and all other similarly oppressed homeowners in one fell swoop rather than one case at a time—the information in sections eight and nine is of paramount importance. It outlines for the court the “extrinsic fraud used to obtain a summary or default judgment” against homeowners whose homes are under foreclosure on the basis of “forged and fraudulent foreclosure documents.”

Section nine specifies that Inch, “through affidavits, exhibits and expert testimony can and will prove conclusively” that debt-collection law firms and various lenders, including banks, “participated in a deliberately planned and carefully executed scheme to defraud not only Inch but the Pennsylvania courts and the due process rights of this plaintiff [Inch] and thousands of others so similarly situated.”

Regarding the petition being reviewed by the state Supreme Court, Paoletta on June 21 told AFP, “They said we should have an answer in 45 to 60 days. But I have 30 to 35 people ready to file King’s Bench petitions if the high court declines to act further.”

Paoletta added that he’s broadening the scope of his efforts.

“Based on my research, it’s the Supreme Court’s duty in each state, not just Pennsylvania, to see that their inferior courts follow all the laws. My goal is to work with the leaders of the 50 states to get them thinking down the same path. And I did some extensive research and found you can do this with the U.S. Supreme Court for [overseeing] the federal district courts.”

He went on to say: “I cannot find one case in these 50 states where the banks and debt collectors did not engage in the production of forged and fraudulent notes in order to foreclose. We should be able to stop all judicial and non-judicial foreclosures. In a judicial state, such as Pennsylvania, they [the debt-collectors] have to file a complaint in state courts, but in non-judicial states, the debt-collectors and the debt-purchasers—which are one and the same in most cases—have the advantage, because the homeowners’ rights to a trial by jury in foreclosure cases are denied by the courts. In non-judicial states, you’ve already ‘agreed’ you’re in default when you sign the deed of trust. You’ve already given them the rights to your house and commenced judgment against yourself.”

Paoletta, who founded Mortgage Defense Systems in Mechanicsburg to shine a light on this fraud and help distressed property owners, believes that with this new approach, the American people can file these kinds of complaints even for property lost years ago through foreclosures. In other words, this bold quest for relief and justice could be retroactive.

Inch told AFP: “I don’t think the laws actually need changing much. If the lawyers and banks could be compelled to follow the laws on the books, much of this could be resolved. Despite Federal Reserve supervision and other oversight, when it comes to the foreclosure process, they know they’re dealing with people who don’t have money, are uninformed, or have broken life situations. The courts would not be so easily swayed by the banks and their lawyers if the homeowners and citizens knew the laws, knew their responsibilities, knew the corruption the banks are doing, and had the means to fight it.”

He concluded, “We need the public educated so it’s not just lawyers and banks pushing around poor people, but the people pushing back against this racket.” 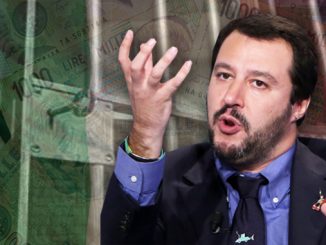