Crooked banksters could be jailed if Italy’s populist deputy prime minister gets what he wants—to see fraudulent bankers “end up in prison for a long time.”

Italian Deputy Prime Minister Matteo Salvini recently called for the elimination of Italy’s central bank. A short time later, Salvini proclaimed that bankers involved in fraudulent activity will “end up in prison for a long time.” The populist leader’s calls—reminiscent of Iceland’s actions about 10 years ago to bust a bevy of bankers—are giving way to the usual elitist screams that skeptical politicians are trespassing upon the “independence” of the money changers with “meddlesome” demands for more public control of Italy’s monetary system.

Amid a populist awakening that also includes France, other parts of Europe, Canada, and the U.S. under Trump, Salvini, who leads the rightist-populist Northern League, also wants to retire Consob, Italy’s stock market regulator.

Guarding the financial status quo, the Economist stated: “The Bank of Italy has long been seen as one of a handful of efficient and incorruptible institutions that curb Italy’s anarchic tendencies. . . . The attack [by Italian populists] sent ripples of apprehension through the euro zone. . . . The president of the Eurogroup of finance ministers, Mario Centeno, and the EU commissioner for economic affairs, Pierre Moscovici, both . . . stressed the need to preserve the independence of [eurozone] central banks.”

Where is this all headed?

“Italy has some good intuitions, but it has got to break the monopoly of the financial system being the only entity that can create money,” veteran social-credit economics writer-researcher Wallace Klinck told AFP. “The Italian state needs to determine how much production is available to purchase and how much income has been paid out. It’s a matter of placing income in the hands of the consumer to balance the economy.”

Klinck has visited several nations to study their economic systems. He added: “The system, in Italy and elsewhere, creates costs and prices more than it does incomes. To liquidate those costs, that ‘income’ should not be a never-ending flow of debts from the banks. Instead, Italy should make up the difference by directly issuing money without debt in order to cancel those outstanding costs. But absent such remedial measures, Italy is left with a boom-and-bust ‘pendulum economy’ driven by speculators.”

According to La Repubblica, if Salvini solidifies his de facto Italian leadership in upcoming elections, the Bank of Italy’s life could become especially complicated. The key is for Italian officials to bypass the media’s guardianship of the banking cartel and issue their own interest-free money under a balanced formula. 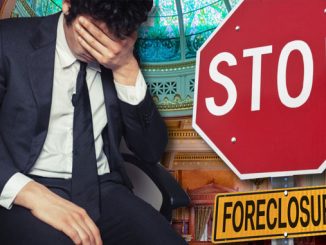