What happens when a U.S. Army Special Ops officer learns his government is involved in financing terrorists and tries to blow the whistle? He’s sent to prison, where he writes a book and smuggles it out so the public will know what its government is up to.

In 2011, Scott Bennett was a second lieutenant U.S. Army special operations officer and psychological warfare analyst and worked in the highest levels of counterterrorism, intelligence, and politics in the State Department’s counterterrorism office to catch the bad guys.

When he uncovered that members of his own government were the bad guys, and were financing terrorists, he tried to blow the whistle. Hounded, persecuted, and eventually imprisoned for two years on trumped-up charges, Bennett wrote a book behind bars and smuggled it out of prison. Shell Game: A Military Whistleblowing Report exposes the betrayal and cover-up by the U.S. government and other elements, like the Clinton Foundation, Swiss banks, Saudi Arabia, and over 100 of our own representatives and senators.

Now Bennett is taking what he knows and traveling abroad, most recently to the No. 1 country in the sights of the Zionist war machine: Iran.

Bennett sat down with this newspaper to discuss his background and his time at the New Horizon Conference in Tehran last month. He joined 26 others in the ancient Persian city, including AFP columnist Philip Giraldi, formerly with the CIA, F. Michael Maloof, a veteran Pentagon employee stripped of his security clearance because of his success in finding the links between Saddam Hussein and al Qaeda (none), former State Department employees Peter Van Buren and J. Michael Springmann, and AFP columnist Kevin Barrett.

“Shell Game is my experience in my report about the massive corruption that was going on,” he explained. “[That corruption] has led to one of the greatest crimes against the American people, specifically the financing and funding of terrorism, these Wahhabi Saudi Arabian terrorists, while lying to the American people and claiming that we’re fighting ISIS, when we’re not.

He continued: “We’re financing them, we’re equipping them, we’re aiding them, we’re training them. We’re giving them visas to come over from Libya to be trained in CIA operations at Fort Bragg. We’re then deploying them back into places like Syria and Libya and Afghanistan.”

Before they locked him up, Bennett submitted his report to the entire Congress. He shared what response he got.

“Not a single one did anything,” he told this newspaper. “Rand Paul was the only person to write me back, twice. He didn’t really do anything significant, but he did write me back acknowledging it. Everyone else ran away from it like a dog with its tail between its legs.”

Bennett walked away from the conference with a greater understanding of his hosts.

“I came away with the understanding this is a wonderful country [and] a wonderful people, and we are completely ignorant of this fact,” he said. “The deep state, intelligence, Zionist operations that have put Iran as the enemy of America, they’re the liars to the American people.”

He added: “The Iranian people are a very peaceful, pleasant people. They are nothing like what the media portrays them as. They are not warmongers, they’re not savages, they’re not violent, they are not chanting ‘Death to America,’ and they don’t hate Americans. All of that is propaganda.” 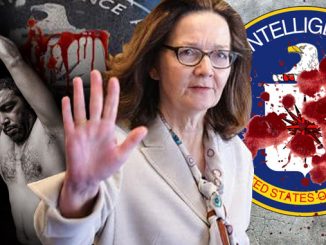 Whistleblower May Not Make It to Trial