Author and conservative activist Roger Stone’s prosecution for what amounts to exchanging emails with heroic whistleblower Julian Assange should outrage all Americans. Instead, virtually all who hate Donald Trump are cheering it on and, in fact, wanting even harsher punishment. When Stone walked into the courtroom of Judge Amy Berman Jackson, what little chance he had of being exonerated—or even of getting a fair trial—was lost. Jackson is a well-known Democratic Party activist, unabashedly opposed to Stone’s politics. Jackson imposed a gag order on both Stone and his attorneys early on after Stone shared a picture of her that a volunteer had sent, which appeared to show the crosshairs of a rifle scope behind Jackson. This order prohibited Stone and his lawyers from responding to the negative media coverage of him and his case. It was seriously suggested that he violated the gag order by releasing a book with a new introduction that was critical of the ridiculous “Russiagate” fantasy. In fact, both Stone and Paul Manafort were prosecuted on the basis of this “collusion” fairy tale.

As if a biased judge was not enough, the foreperson of Stone’s jury was openly anti-Trump, with online posts indicating a strong belief in the now-discredited Russian collusion narrative. While Stone and his legal team were stifled by a gag order, this foreperson continued to post anti-Trump and pro-Russian collusion diatribes on social media during the trial, according to Scott Adams, creator of the cartoon Dilbert, in a recent post on Twitter. She also ran for Congress as a Democrat.

Jackson was previously the judge in Manafort’s show trial, as well as in the surrealistic prosecution of 12 Russian military officers indicted for conspiring to hack into servers used by the Democratic National Committee.

The emails produced by WikiLeaks revealed quite clearly that the Democratic National Committee conspired to steal the nomination away from grass-roots favorite Bernie Sanders in favor of Deep State queen Hillary Clinton. Assange all but named young DNC staffer Seth Rich as his source for the leaked emails. Rich was murdered in a still unsolved, still uninvestigated crime that his own family is so desirous to keep under wraps that they threatened to sue Fox News when Sean Hannity attempted a half-hearted look at the case.

THE CRUX OF THE CASE AGAINST STONE

Stone was convicted on charges of obstructing a congressional investigation, making false statements to Congress, and witness tampering. The “obstruction” amounted to Stone’s objection to, and dismissal of, the state-sponsored conspiracy theory that Russia colluded with the Trump campaign to deny Hillary Clinton the presidency. Prosecutors were seeking to impose a draconian prison sentence of seven to nine years, which is longer than the average rapist or burglar serves behind bars—and only four years less than the average convicted murderer serves in America.

President Trump, in his customary manner, chimed in on Twitter. Trump tweeted, “This is a horrible and very unfair situation. The real crimes were on the other side, as nothing happens to them. Cannot allow this miscarriage of justice!”

Trump, as always, took on the persona of a disinterested observer here, not the president of the United States, who heads the same Department of Justice that has ensured that “nothing happens” to the “other side.”

For once, Trump’s tweeting may have had an immediate impact, as Attorney General William Barr, or his underlings, overrode his own department’s recommendations, resulting in the resignation of the entire four-person team prosecuting Stone. Senior Justice Department officials accurately called the initially proposed sentence “extreme and excessive and disproportionate.” Trump subsequently tweeted, “Congratulations to Attorney General Bill Barr for taking charge of a case that was totally out of control and perhaps should not have even been brought.” Predictably, Trump would tell reporters that he hadn’t requested a lighter sentence for Stone from the Justice Department and declined comment when asked if he was considering a pardon. Deep State veteran Barr went on to complain that Trump’s tweets “make it impossible for me to do my job.”

Trump was criticized in the mainstream media for interfering in the case. The truth is, presidents have been interfering in cases they had far less connection to for a very long time. Richard Nixon famously pronounced Charles Manson guilty before he ever went to trial. Barack Obama injected himself into the nonpolitical Trayvon Martin/George Zimmerman case, memorably declaring that if he’d “had a son, he’d look like Trayvon.” But Trump is always held to a different standard by an unapologetically hostile press.

This author must mention a caveat: Stone loved my book Hidden History* and wrote the foreword to the softcover edition. With or without that connection, Stone’s prosecution, from the militarized raid at dawn on his home, to a politicized courtroom where he had no chance at any justice, to a prison sentence so outrageous it should shock any reasonable person, is something that all Americans should be appalled by. It is yet another shameful blot on a corrupt and crumbling justice system.

——
*Hidden History: An Exposé of Modern Crimes, Conspiracies, and Cover-Ups (softcover, 392 pages, $23 plus $4 S&H in the U.S.) by Donald Jeffries is available from the AFP Online Store. 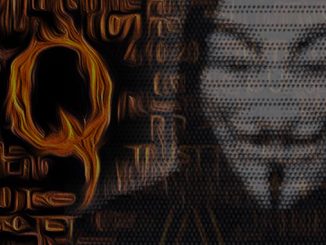 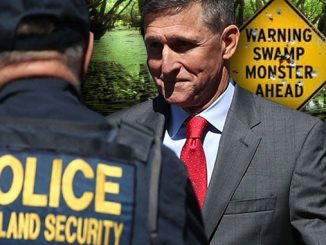