Following the rollout in recent weeks of various Covid-19 vaccines across the U.S. and the world—skeptically viewed by large segments of the American public—local and national health officials, business leaders, politicians, and travel experts are debating what measures should be implemented in order to return to some sense of normalcy while traveling or attending sporting, entertainment, or other large public events.

In November last year, Qantas Airways, Australia’s leading airline, made headlines and sparked controversy by announcing its international passengers will be forced to prove they have been vaccinated against Covid-19 in order to board a flight.

“We will ask people to have a vaccination before they can get on the aircraft . . . for international visitors coming out and people leaving the country we think that’s a necessity,” Qantas CEO Alan Joyce explained to Australia’s Nine Network at the time. “I think that’s going to be a common thing talking to my colleagues in other airlines around the globe.”

Recently, the Canadian government announced that air travelers entering Canada must provide proof of a negative Covid-19 test, despite the serious flaws and unreliability inherent in Covid-19 testing mechanisms.

“Canada will quickly implement the requirement for all arriving passengers to have a negative PCR Covid test three days before arriving in Canada,” Dominic LeBlanc, intergovernmental affairs minister, said at a media briefing in late December. It remains unclear how such a far-reaching travel policy would be enforced or what standards and testing requirements would be implemented.

Last summer, Australian Prime Minister Scott Morrison said he expected that vaccination against Covid-19 would be “as mandatory as you could possibly make it” in Australia, even prior to the vaccine being developed and rolled out. While some have called for mandatory vaccination in the United States, leading public health officials, including NIH’s Dr. Anthony Fauci, do not expect such a move to be implemented by the federal government.

“Everything will be on the table for discussion,” Dr. Fauci recently explained, referring to talks about mandatory vaccination at the local, state, and federal level as well as for traveling and attending large public events. He went on to explain that “we almost never mandate things federally,” and that “individual institutions” such as private corporations and service providers, school districts, universities, hospitals and medical facilities, and other local organizations may require proof of vaccination.

Dr. Fauci went on to insist that public health measures, such as wearing masks and social distancing, must continue to be upheld and enforced, even for those who do get vaccinated, “because we don’t know yet what the effect [of the vaccine] is on transmissibility.”

Ticketmaster, one of the world’s leading ticket sales and distribution companies for sporting events, concerts, and other entertainment events, is developing plans to ensure its customers purchasing tickets can digitally provide proof of vaccination or a negative Covid-19 test prior to attending an event. The company plans to work directly with third-party health information companies and testing and vaccine distribution providers to facilitate a potential concertgoer or sports fan to upload their vaccine certificate or negative Covid-19 test directly to Ticketmaster’s app.

“We’re already seeing many third-party healthcare providers prepare to handle the vetting—whether that is getting a vaccine, taking a test, or other methods of review and approval—which could then be linked via a digital ticket so everyone entering the event is verified,” Ticketmaster President Mark Yovich explained while outlining the company’s controversial plan. “Ticketmaster’s goal is to provide enough flexibility and options that venues and fans have multiple paths to return to events and is working to create integrations to our API (application programming interface) and leading digital ticketing technology as we will look to tap into the top solutions based on what’s greenlit by officials and desired by clients.”

Talk of potential mandatory vaccination, vaccine certificates, and other tyrannical initiatives in order to participate in society has millions of Americans and other citizens around the world fearful of such measures, especially following reports of severe allergic reactions in some vaccine recipients in recent weeks. Despite an endless media barrage and propaganda campaign to encourage vaccination, millions of healthcare professionals and other “frontline workers” are refusing to take the Covid-19 vaccine, according to “TheBlaze.com,” despite it being prioritized for them specifically. 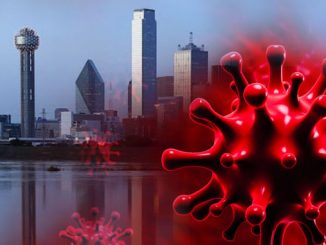