• It’s Israel committing most of the “terrorist” acts.

While the West is troubled by the ongoing Zio-American-sponsored “immigrant” invasion of its countries, which brings murder, mayhem and demographic destruction to the historical white inhabitants, another genocide continues its terroristic rampage in the Middle East. Following its usual tactics, Israel is using the cover of unrest elsewhere to engineer another effort to eliminate the mostly defenseless, native Palestinian inhabitants of the Holy Land.

Isolated violence is common in Zionist-occupied Palestine, generally instigated by Israel Defense Forces (IDF) or extremist Jewish groups, like one which firebombs churches and mosques—and burns alive the occupants of Palestinian homes. Israeli authorities do little against these Jewish terrorists, often protecting them. The Israeli Tax Authority recently refused compensation to the Catholic Church for the arson perpetrated against the Church of the Multiplication of the Loaves and Fish. 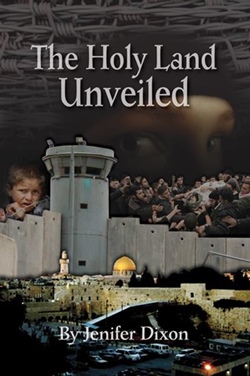 Both illegal Zionist settlers in Palestinian territory and the IDF regularly prevent Arab natives from gathering the olive harvest by either burning orchards or shooting at the Palestinians, depriving them of a primary source of income. Russian news website RT.com recently verified through direct sampling that 90% of water supplies in Gaza are “dirty, salty and undrinkable,” due to repeated Israeli aggression.

But the latest series of events is the most extensive since the IDF attacks on Gaza in 2014. Once again, Israelis sought to provoke the native Palestinians into an uprising, so that the Zionist oppressors would have an excuse to attack them. The means chosen, coinciding with the Jewish new year in September, has been repeated assaults by ostensibly “religious” Jewish fanatics—protected by Israeli police—on the al-Aqsa mosque, which sits atop the alleged Temple Mount in Jerusalem.

This provocation has been too much, especially for younger Palestinians, who feel trapped and hopeless about the future under the brutal Israeli occupation. Perhaps because they have not known the tragedy and horror of previous intifadas, a growing number of youth in Palestine see no alternative but to rise up against Israel and even against the Palestinian government, which they see as aiding the oppressors.

Journalist Mohammed Omer commented, “Cowards die so many times every day. This new Palestinian generation seems to want to die only once. . . . When I talk to protesters they tell me: Either we live in dignity or die. Israel has to realize this shift in the new generation.”

Even so, recent Palestinian attacks on Jews have been uncoordinated, individual efforts. Some alleged “attacks,” however, appear to be little more than Israeli propaganda to cover up the cold-blooded killing of Palestinians. In response to isolated Palestinian aggression, Prime Minister Benjamin Netanyahu’s government has permitted even random, extra-judicial murder of Palestinians, who are shot at point-blank range without a trial, merely on suspicion or accusation of being “terrorists.” Some suspects are shot in the back or left to bleed to death.

These executions—often egged on by hate-filled Jewish extremists, like those who cried for the death of unarmed Fadi Alloun—are particularly dastardly. Israeli cold-bloodedness is proven by videos of that murder and others, like one of IDF soldiers shooting an unarmed Palestinian woman with her hands up, Esra’ Zidan Abed, just as police were about to take her into custody. If these Palestinians have committed crimes, they should be granted proper jury trials, not killed by summary execution without hearing or evidence.

Israel has used the unrest in Jerusalem and the West Bank to attack Gazans, as well. In one military assault on an alleged “weapons manufacturing center,” a toddler and her pregnant mother were killed when their house collapsed on them during the IDF attack. Non-violent protests by Palestinian university students have been likewise assaulted by Israeli authorities with tear gas, rifle fire and other weapons.

While only eight Israelis had been killed by October 17, and around 30 injured, the Israelis had killed 34 Palestinians and injured over 1,400 this month alone, while issuing raze orders for homes of merely accused so-called Palestinian “terrorists.” Most or all of the Israeli actions constitute war crimes and crimes against humanity.

In a speech over a year ago, on September 11, 2014, Netanyahu told his Israeli listeners the truth of what Jews are doing to Palestinians, but in typical psychotic sleight-of-hand, he attributed to the Arabs his own misdeeds. He stated: “There’s a master race; now there’s a master faith. And that allows you to do anything to anyone, but first of all to your own people and then to everyone else. . . . taking over civilian populations, putting yourself inside civilian areas, contravening the laws of war and the Geneva Convention . . . and then firing indiscriminately at civilians. You hide behind civilians, you fire on civilians. And you fire rockets and missiles.”

The logic of psychopaths is ruthlessly consistent. Within their perverted worldview, their destructive, murderous behavior makes perfect sense. It is, however, diabolical. The Israeli mass murderers and the genocidal maniacs who rule them must be stopped. Call the president and Congress today and demand an immediate end to all aid and recognition for the apartheid, rogue nuclear, terrorist state of Israel.

6 Comments on The Big Lie in the Holy Land