An appeals court has rejected Bayer AG’s argument that the original trial jury lacked a basis to conclude that subsidiary Monsanto’s RoundUp weed killer caused Dewayne Johnson’s cancer. While, the judge also ruled to dramatically reduce the punitive damages against Bayer, the decision could open up the agri-giant to more suits.

The ruling by San Francisco Superior Court Judge Suzanne Bolanos to reject the arguments of drug giant Bayer AG and let stand a ruling in favor of ex-groundskeeper Dewayne “Lee” Johnson—who developed severe cancer from exposure to Roundup, the infamous weed-killing product—has the potential to open the floodgates against certain corporate interests that for way too long have been predominant, especially in the U.S.

“This ruling opens Bayer to considerably higher damages as thousands of plaintiffs across the country have made similar legal claims, alleging that glyphosate [the herbicide in Roundup] exposure caused their cancer or resulted in the deaths of their loved ones,” the alternative news website “Zero Hedge” noted.

In a statement at the time of the initial ruling in Johnson’s favor, his attorney, Brent Wisner, remarked that the verdict sent a “message to Monsanto that its years of deception regarding Roundup [are] over and that they should put consumer safety first over profits.”

Germany-based Bayer AG purchased Monsanto for $63 million in June. In turning down Bayer AG’s appeal of the verdict, Bolanos rejected the company’s argument that the jury lacked a basis to conclude that the herbicide caused Johnson’s cancer. The twist, however, is that Judge Bolanos also ruled to dramatically reduce the punitive damages against Bayer—from the initial ruling of $289 million down to $39 million, while noting that if Johnson did not accept the lower punitive damages, she may order a new trial.

“The punitive damages award must be constitutionally reduced to the maximum allowed by due process in this case—$39,253,209.35—equal to the amount of compensatory damages awarded by the jury based on its findings of harm to the plaintiff,” she explained.

Because of the advanced state of Johnson’s Non-Hodgkin lymphoma, a lymphatic cancer shown to have been caused by his exposure to both Roundup and Ranger Pro, a similar glyphosate-based herbicide, his physicians didn’t think he’d live long enough to see the verdict. But he held on to see a San Francisco jury award him a total of $289 million in overall damages.

That initial award consisted of nearly $40 million in compensatory damages and $250 million in punitive damages. But with punitive and compensatory damages each reduced to just over $39 million, Johnson and his lawyers will end up getting about $80 million instead of $289 million. Still, this represents a major victory against a corporate colossus that is one of the most despised companies in the world.

“[The] decision does not change the fact that more than 800 scientific studies and reviews—and conclusions by the U.S. Environmental Protection Agency, the U.S. National Institutes of Health and regulatory authorities around the world—support the fact that glyphosate does not cause cancer, and did not cause Mr. Johnson’s cancer,” Monsanto Vice President Scott Partridge claimed in a statement.

Johnson believes his case will have long-term outcomes, including new restrictions and labeling for the herbicide. “I hope [Monsanto] gets the message that people in America and across the world are not ignorant. They have already done their own research. I’m hoping that it snow-balls and people really get the picture and they start to make decisions about what they eat [and] what they spray in their farms.”

Based on that statement, it’s worth adding that glyphosate worms its way into many common cereals—just one example, among many, of how the herbicide can be ingested besides being exposed to it through grounds-keeping work.

According to the Center for Environmental Health (CEH), glyphosate “is the most widely used herbicide in the U.S. It is the most commonly used pesticide in parks and is even found in foods that adults and kids love. . . . Is glyphosate hazardous for kids? Absolutely.”

A CEH online summary noted: “Corn and soybeans are commonly grown using Roundup, but it’s also used on hundreds of other crops. Glyphosate is sometimes used to dry out oats just prior to harvest.”

So, beyond celebrating the major corporate pushback that Johnson’s victory represents, it would be wise for the public to ask questions and create or seek out local farms and other trustworthy food sources to minimize or avoid exposure.

Agriculture, by its very nature, should be locally sourced for purposes of proper nutrition, security in the event of civil unrest, and to avoid spoilage and contamination. That commonsense approach can proactively close the avenues through which agri-chemical exposure happens in the first place.

Mark Anderson is a AFP’s roving editor. He invites your thoughtful comments and story ideas at [email protected] 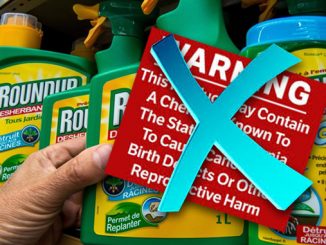 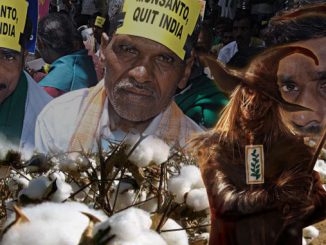