The greatest eradication of heritage in America’s history has been spurred by the racist SPLC “law center.”

It took roughly a century and a half to erect all of the nation’s Confederate monuments. A June 4 report from the Southern Poverty Law Center (SPLC) shows that since Dylann Roof shot nine black churchgoers in South Carolina three years ago, back on June 17, 2015, Confederate monuments are being torn down at the rapid pace of about three each month.

Some monuments were removed from prominent locations to great fanfare, like the removal of the Confederate flag from the South Carolina statehouse grounds by former Gov. Nikki Haley or the removal by Mayor Mitch Landrieu of the four Confederate statues in New Orleans. But in most cases, like in Baltimore and in Memphis, city officials secretly removed Confederate monuments in the dead of night.

All told, at least 110 monuments to the Confederacy have been removed across the country in the last three years. Still, according to the same SPLC report, more than 1,728 listed monuments remain. And these do not include references to the Confederacy in museums, or the markers on hundreds of battlefields.

According to the SPLC report, there are still 772 Confederate statues standing in 23 states and in Washington, D.C. All are the targets of organized SPLC removal campaigns. The report also lists 80 counties and cities named for Confederates as well as over 100 public schools named for Gen. Robert E. Lee, Confederate States President Jefferson Davis, or other Confederate icons. Of these schools, 39 have had their names changed to “non-offensive”  names in the last three years, but the SPLC has targeted all of them for organized efforts to have their names changed.

So far, the apparently not-so-great state of Texas leads the nation, having removed the most Confederate monuments. There, the SPLC claims to have successfully lobbied to remove 31 monuments. Still, dozens remain, according to Heidi Beirich, director of the SPLC’s “Intelligence Project,” so their efforts continue. These efforts have been assisted by state House Speaker Joe Straus, who is calling for the removal of Confederate markers in the state capitol. Texas Gov. Greg Abbott (R) has made it clear that he will not intervene on behalf of the monuments, but Lt. Gov. Dan Patrick (R) has spoken about the possibility of keeping at least some of them.

According to Beirich, her agency is committed to the removal of anything that “glorifies” the Confederacy. That means that all of Georgia’s 115 remaining monuments are going to have to go, as will all of Virginia’s 108 remaining monuments. The same goes for the 97 that remain in North Carolina, and for 20 other states that still host Confederate statues.

Many of these ongoing removal efforts, according to Ms. Beirich, will be complicated due to the fact that seven states have laws in place specifically designed to protect their Confederate monuments. These laws did not prevent the removal of other monuments. Still, the SPLC lawyers continue to work on new strategies.

More concerning to Beirich is her belief that, “President Donald Trump has sided with those who want to continue honoring the Confederacy, calling the removal of ‘beautiful’ monuments ‘foolish’ and tweeting that it is ‘sad to see the history and culture of our great country being ripped apart.’”

Also attacked in the report, and branded as “hate groups,” are the Sons of Confederate Veterans (SCV) and the United Daughters of the Confederacy (UDC). While currently lacking in numbers and having absolutely no political organization whatsoever, the UDC is the organization that several generations ago was largely responsible for erecting over half of our nation’s Confederate monuments. Today, the SCV shoulders much of the responsibility of caring for and defending those monuments.

The SCV is rapidly working to erect new memorials even as others are removed. “They’re taking them down, and we’re putting them up,” said Thomas V. Strain Jr., commander-in-chief of the organization.

The SCV has announced plans for the construction of a monumentally sized building in Columbia, Tenn. to house what will be The National Confederate Museum. The organization, on its website promoting the project, said the museum will counter attempts by opponents “to ban any and all things Confederate through their ideological fascism.”

A pastor and in-demand traveling speaker, Dr. Edward DeVries is the editor of the Dixie Heritage Newsletter and a contributing editor at THE BARNES REVIEW. He is the author of 30 books including the two-volume Glory in Grey. Some of his other titles include Sacred Honor, The Truth About the Confederate Battle Flag, Prayer is Simple, Every Member a Minister, and Coaching Youth Baseball the Right Way. He is also the host of TBR Radio’s “Dixie Heritage Hour.” Please check it out at www.BarnesReview.org. 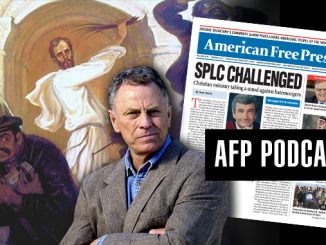 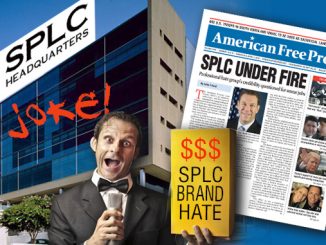