This article contains highly disturbing subject matter that should not be read by children. Sensitive readers are advised to exercise appropriate caution. Late last year, allegations of ritualistic pedophilia involving top Democrats began surfacing online. AFP writer Ronald Ray looks into these charges. Another case of fake news, or could it be true?

Why are the mainstream media and governments in the U.S. and Europe suddenly obsessed with crushing “fake news,” as though it were the use of a nuclear weapon by terrorists? Is it really about Russia trying to influence American elections? Is it even really about alternative media allegedly influencing someone to fire rifle shots in a purported family pizza restaurant in Washington, D.C.? Or is it really about covering up activities of powerful and influential people? 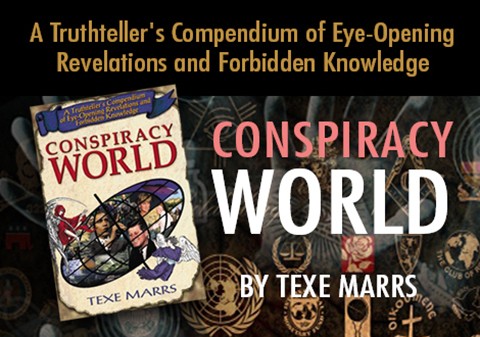 The Russia “hacking” story is a ruse, seeking to deflect from the likely criminal content of thousands of emails from the Hillary Clinton presidential campaign, released by WikiLeaks just before last November’s election. Even the unsupported “fake news” allegation about “Pizzagate” is a deception to mislead entertainment-obsessed Americans, whose political memory lasts about 15 minutes.

All but forgotten is that the revelation at the beginning of November 2016 that Hillary Clinton and others were potentially involved in sex crimes against children originated, not with Russia or WikiLeaks, but with a New York City Police Department investigation into pervert politician Anthony Weiner’s illicit activities with minor children.

Then WikiLeaks revealed the Clinton presidential campaign emails, demonstrating evidence of large-scale money-laundering and bribery—and some very peculiar activities of Podesta and his family and friends.

A number of Podesta’s emails revealed adults excited over “pizza” and “hot dog” parties. One email exchange was about a swimming pool party involving three minor children as young as “about seven” brought over as “entertainment.” “Pizza,” “hot dogs,” and other food terms seem to be code language. Some messages do not make sense otherwise.

The seemingly frequent appearance of such words suggests either a lot of wealthy pizza addicts or that Podesta and his associates consciously employed terms well known to have sexual connotations among homosexuals and other perverts.

So why did one email author consider “ice cream” “serious business,” warning against connecting that word and “free” together? Why would Susan Sandler write with concern to Podesta, “The realtor found a handkerchief (I think it has a map that seems pizza-related. Is it yorus? [sic]” Either Podesta wrote a street map on a handkerchief, or something more disturbing is being communicated, like a reference to evidence from a satanic sex ritual.

Why was Todd Stern “dreaming about [Podesta’s] hotdog stand in Hawaii?” Why did Tony Podesta send his brother, John, an email saying, “Last night was fun,” and, “Still in torture chamber?” Why did Andrew Breitbart in 2011 accuse Podesta of being an “underage sex slave op[eration] cover-upperer? [sic]”

Ties emerged to James Alefantis, a Washington, D.C., restaurateur who owns Comet Ping Pong, an alleged family-oriented pizzeria. The business name employs sexual code words, while the bathrooms, until recently, had creepy, satanic, and sexually-themed “art” painted on the walls, including a symbol used by child-rapists.

Alefantis is a notorious homosexual disturbingly obsessed with children, demonstrated by bizarre photos on his Instagram account. The same account also featured several grotesque, essentially pornographic images. One showed a toddler girl with her hands bound by tape to a table. Alefantis was once listed by GQ magazine as the 49th most powerful person in D.C. Really? Granted, he is a major Democrat fundraiser, but is something more at work here?

The Podesta emails are not unique. The Spotlight helped the late FBI agent, Ted Gunderson, to expose a satanic child-rape operation at the highest government levels.

WikiLeaks exposed similar “pizza” emails from private intelligence firm Stratfor. The British government has tried for years to prevent full exposure of child-rape operations among its elites, immigrants, and soccer teams, while similar diabolical deviancy has been revealed in Israel, France, Germany, Norway, Hollywood, the CIA, and elsewhere. Barack Obama had a private “pizza/dogs” party at the White House.

The Podesta emails, which have been verified, do not prove a satanic child-rape operation, but they do provide significant circumstantial evidence. If President-elect Donald Trump wants to “drain the D.C. swamp,” he needs to start here, with a nationwide law enforcement investigation of those involved and of decades of half-whispered accounts of the rich and powerful of the U.S. raping and murdering children.

Attorney General nominee Jeff Sessions should prosecute all involved—even if it is the likes of Congress, the Bushes, Clintons, Obamas, Podestas, and even Trumps of the world. The countless children who have been ritually raped and sacrificed demand justice.

Ronald L. Ray is a freelance author and assistant editor of The Barnes Review. He is a descendant of several patriots of the American War for Independence. Contact Ron by email at [email protected]

5 Comments on “Pizzagate”—The Dark Side of Politics