We never learn. In the right (or wrong) hands, benevolent plans can easily be put to malevolent purposes. Even the most well-intentioned government law or program can be—and has been—perverted, corrupted, and used to advance illegitimate purposes once profit and power are added to the equation.

Mark my words: Gun control legislation, especially in the form of red flag gun laws, which allow the police to remove guns from people suspected of being threats, will only add to the government’s power.

Seventeen states now have red flag laws on their books. That number is growing.

As The Washington Post reports, these laws “allow a family member, roommate, beau, law enforcement officer, or any type of medical professional to file a petition [with a court] asking that a person’s home be temporarily cleared of firearms. It doesn’t require a mental-health diagnosis or an arrest.”

While in theory it appears perfectly reasonable to want to disarm individuals who are clearly suicidal or pose an “immediate danger” to themselves or others, where the problem arises is when you put the power to determine who is a potential danger in the hands of government agencies, the courts, and the police.

We’ve been down this road before. Remember, this is the same government that has a growing list—shared with fusion centers and law enforcement agencies—of ideologies, behaviors, affiliations, and other characteristics that could flag someone as suspicious and result in their being labeled a potential enemy of the state.

For instance, if you believe in and exercise your rights under the Constitution (namely, your right to speak freely, worship freely, associate with like-minded individuals who share your political views, criticize the government, own a weapon, demand a warrant before being questioned or searched, or any other activity viewed as potentially anti-government, racist, bigoted, anarchic or sovereign), you could be at the top of the government’s terrorism watch list.

Moreover, as a New York Times editorial warns, you may be an anti-government extremist (a.k.a. domestic terrorist) in the eyes of the police if you are afraid that the government is plotting to confiscate your firearms, if you believe the economy is about to collapse and the government will soon declare martial law, or if you display an unusual number of political and/or ideological bumper stickers on your car.

Let that sink in a moment.

Therein lies the danger of these red flag laws, specifically, and pre-crime laws such as these generally where the burden of proof is reversed and you are guilty before you are given any chance to prove you are innocent.

Red flag gun laws merely push us that much closer toward a suspect society where everyone is potentially guilty of some crime or another and must be preemptively rendered harmless.

Where many Americans go wrong is in naively assuming that you have to be doing something illegal or harmful in order to be flagged and targeted for some form of intervention or detention.

Unfortunately, the U.S. government has adopted a “Do what I say, not what I do” mindset when it comes to Americans’ rights overall. Nowhere is this double standard more evident than in the government’s attempts to arm itself to the teeth, all the while treating anyone who dares to legally own a gun, let alone use one, as suspicious and/or on the road to being an outlaw.

In Virginia, for instance, legislation has been introduced that would “require background checks on all firearms purchases, allow law enforcement to temporarily remove guns from individuals deemed a risk to themselves or others, let localities ban weapons from certain events and government buildings, and cap handgun purchases at one per month.”

To those who subscribe to George Orwell’s views about gun ownership (“That rifle hanging on the wall of the working-class flat or laborer’s cottage is the symbol of democracy. It is our job to see that it stays there.”), these legislative attempts to regulate and control gun usage among the citizenry is nothing short of tyranny.

Not surprisingly, then, in Virginia and a growing number of states across the country, momentum is building for 2A “sanctuary” cities that adopt resolutions opposing any “unconstitutional restrictions” on the Second Amendment right to keep and bear arms.

Personally, I’m all for any attempt by the citizenry to nullify government actions that run afoul of the Constitution.

We the people have been so focused on debating who or what is responsible for gun violence—the guns, the gun owners, or our violent culture—and whether the Second Amendment “allows” us to own guns that we’ve overlooked the most important and most consistent theme throughout the Constitution: the fact that it is not merely an enumeration of our rights but was intended to be a clear shackle on the government’s powers.

When considered in the context of prohibitions against the government, the Second Amendment reads as a clear rebuke against any attempt to restrict the citizenry’s gun ownership.

As such, it is as necessary an ingredient for maintaining that tenuous balance between the citizenry and their republic as any of the other amendments in the Bill of Rights, especially the right to freedom of speech, assembly, press, petition, security, and due process.

“The Constitution is not neutral,” Douglas remarked, “It was designed to take the government off the backs of people.”

In this way, the freedoms enshrined in the Bill of Rights in their entirety stand as a bulwark against a police state.

To our detriment, as I make clear in my book Battlefield America: The War on the American People,* these rights have been steadily weakened, eroded, and undermined in recent years.

Yet without any one of them, including the Second Amendment right to own and bear arms, we are that much more vulnerable to the vagaries of out-of-control policemen, benevolent dictators, genuflecting politicians, and overly ambitious bureaucrats. 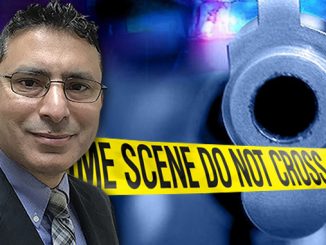 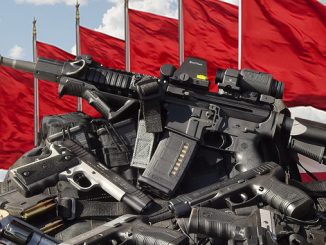