Whistleblower Edward Snowden is alive and well and living in Russia where he has resided in exile since June 2013. Snowden now has a difficult decision to make, as he and his wife of three years, Lindsay Mills, are expecting their first child. Their child will be a citizen of somewhere, but the ambiguity as to location is a problem singular to a whistleblower that has been on the run from the U.S. government for seven years.

On Nov. 1, Snowden tweeted, “After years of separation from our parents, my wife and I have no desire to be separated from our son. That’s why, in this era of pandemics and closed borders, we’re applying for dual U.S.-Russian citizenship. Lindsay and I will remain Americans, raising our son with all the values of the America we love—including the freedom to speak his mind. And I look forward to the day I can return to the States, so the whole family can be reunited. Our greatest wish is that, wherever our son lives, he feels at home.”

Snowden’s life has become a decisional dilemma. He did work for the CIA and the NSA dealing with global communications in the field of technology. He loved his country and what it stood for at its best. Now, however, the America that Snowden loved has levied against him two counts of violating the Espionage Act of 1917 and theft of government property. Snowden in May of 2013 had smuggled thousands of classified NSA documents out of the country. Wisely, he left the country before sending them to independent journalists such as Glenn Greenwald. A month later, federal charges were filed against him. Two days after that, he touched down at Moscow’s International Airport.

Despite a hellish seven-year stint that has thwarted a lifelong love of technology that he had turned into a six-figure salary, Snowden retains his will to fight for something that is good. His personal description on his Twitter account reads, “I used to work for the government. Now I work for the public.” Snowden has 4.4 million followers on Twitter. He follows only one account—the National Security Agency.

In his time away, his case has stayed in the periphery of the national spotlight, unlike that of whistleblower Julian Assange. Major politicians and mainstream journalists have called him everything from a whistleblower to a dissident, from a patriot to a traitor.

In September 2019, Snowden appeared on MSNBC’s “The 11th Hour with Brian Williams,” where he told Williams that former Vice President Joe Biden warned countries in 2013 that there would be “grave consequences” if they gave the whistleblower asylum. Snowden had applied for asylum in 27 different countries. Once he would make progress with one country, a high-level American official would step in to threaten that country.

“It was one of two people,” Snowden told Williams. “Then-Secretary of State John Kerry or then-Vice President Joe Biden. And they would say, look, we don’t know what the law is, we don’t care if you can do this or not, we understand that protecting whistleblowers and granting asylum is a matter of human rights and you could do this if you want to. But if you protect this man, if you let this guy out of Russia, there will be consequences. We’re not going to say what they’re going to be, but there will be a response.”

Then-Ecuadorian President Rafael Correa discussed his call with then-Vice President Biden. “He communicated a very courteous request from the United States that we reject the (asylum) request,” Correa said.

Snowden did steal the documents that showed the NSA was monitoring any and all electronic communications by Americans and that data was being stored for future use. That cannot be denied. However, what is a government’s worth if it illegally spies on its own people and those abroad with reckless abandon? The Snowden revelations included an explanation of the global surveillance apparatus run by the NSA, the PRISM program, which allows the government access to citizens’ Yahoo and Gmail accounts, details of the NSA’s covert “black budget,” ways in which the CIA and NSA attempted to recruit informants or gamers on Xbox Live and video games such as “World of Warcraft,” that the U.S. had spied on allies and as many as 35 world leaders, NSA plans to infect millions of computers with the TURBINE malware program that will spy on Americans from within their own computers, and the fact that 90% of those Americans spied on by the NSA are not the agency’s intended targets. Rather, they are typical, average Americans without suspicion.

Should he end up losing the presidency, on his way out of office, President Donald Trump should use his pardon power for good. With a few signatures, his greatest legacy could be built. He should pardon Snowden, Julian Assange, Chelsea Manning, and American former intelligence specialist Reality Winner. Trump has already stated that he would “look at” a pardon for Snowden. In a 2020 meeting with aides, he said he was “open to it,” an incredible relaxing of his view on a whistleblower he’d once called a “traitor.” It would be a final shot at the Obama administration’s harsh treatment of whistleblowers, and it would be amongst Trump’s greatest triumphs. 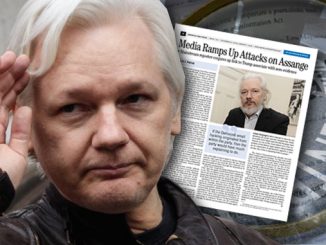 Media Ramps Up Attacks on Assange 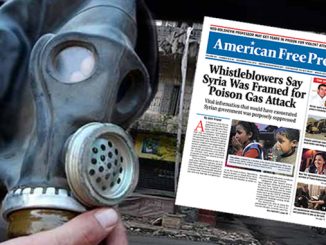