As the 2020 election “dust” settles, Time, The Washington Post, The Guardian, and most of the rest of the pathetic prostitute press here and abroad are jawing on about how deeply divided Congress is, while stressing that this difficult state of affairs reflects American society at large. To a notable degree, that’s true. And it doesn’t help that “the Squad,” comprised of four ultra-leftist congresswomen, including the quartet’s two biggest headline-hoarders, Alexandria Ocasio-Cortez (D-N.Y.) and Ilhan Omar (D-Minn.), got reelected in 2020.

Meanwhile, though, House gains by the Dems—the party flipped 40 seats in the 2018 mid-terms—slipped in the 2020 election. As of this writing, according to CBS, the Marxist-oriented party’s “House hold” went from 232 seats to 216. Interestingly, the neoliberal “capitalist” flagship, the Financial Times, a globalist organ right out of the Rothschild-controlled City of London world financial hub—while it joined in to wildly feast upon President Donald Trump’s political carcass due to his media-anointed political “loss”—had to admit in its pages Nov. 9 that even within the Democratic Party, division reportedly is brewing.

It seems that Ocasio-Cortez is leading a gaggle of progressive extremists who are locking horns with moderate Democrats because the moderates want to tone down the progressive rhetoric about universal healthcare, abolishing police, and other “extreme” measures that the moderates believe brought about the Dems’ “slippage” in the House. The Democrats were so upset by their diminished House presence that they held a three-hour conference call Nov. 5. A Financial Times piece described the “distraught” participants as having said that, while President Trump may have been defeated in their eyes, the House losses are being seen as nearly reversing that gain.

“If we are classifying Tuesday [Nov. 3] as a success from a congressional standpoint, we will get f***ing torn apart in 2022,” Virginian Rep. Abigail Spanberger was quoted as saying.

Perhaps the best news of the entire election is that 13 pro-life legislators, all of whom are women, won U.S. House seats and 11 incumbent pro-life women retained their seats. This means there’s some conservative solidarity to meet the Dems’ weakened and more fractured status. For the record, those 13 GOP newcomers, seven of whom flipped seats previously held by Democrats, are:

It’s noteworthy that some of the victories happened in traditionally Democratic strongholds like Colorado, Illinois, Minnesota, and Michigan.

While highly frustrated Trump supporters and Biden’s minions throughout the left, including the incorrigible street radicals that the Dems and the media fondle, will clash verbally and otherwise—and the media will exaggerate this polarization—the foundational fact is that the big media, by always shutting out other political parties and keeping everything in a binary red-vs.-blue framework, greatly worsens whatever innate divisiveness exists in the population.

On the other hand, the positive tidings that may flow from the new House members listed above promises to re-make the “flavor” of the House to a significant degree, even though the Dems still appeared to have a majority at press time. However, the publication Christianity Today noted, as of Nov. 6, that eight other House races with pro-life women candidates still had not been called.

With President Trump having named, and the Senate having confirmed, originalist, pro-life Notre Dame law professor Amy Coney Barrett as the newest Supreme Court justice, the abortion issue, with such a sea change philosophically in the House, could be on the cusp of the most dramatic changes to take place since the court’s Roe v. Wade decision in 1973 invalidated state laws prohibiting abortion.

Such major potential changes regarding severely limiting the abortion racket would also be helped by the Republicans hanging on to their Senate majority, which at press time appeared quite possible. Even though the media-run election claimed a 48-48 tie for the upper chamber, it appears the GOP has taken Alaska and North Carolina, with a good chance of winning the January runoffs for both of Georgia’s Senate seats. 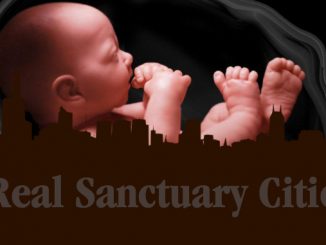