A Christian conservative woman and strict constitutionalist who is both a successful judge and a mother of seven children has been nominated by President Donald Trump to fill the coveted ninth seat on the Supreme Court of the United States (SCOTUS). Consequently, members and followers of Antifa, Black Lives Matter (BLM), and other assorted troublemakers have vowed to continue their violence and mayhem if Judge Amy Coney Barrett is confirmed. Many believe President Trump was wise to pick Barrett—considering her impressive background and curriculum vitae—to fill the vacancy created by the recent death due to cancer of liberal Justice Ruth Bader Ginsburg (1933-2020).

When Judge Barrett—whose Catholicism worries the left in terms of how it may affect her court decisions—was first floated as the would-be nominee, the Democratic-Marxist left tried to claim that Justice Ginsburg’s alleged but doubtful dying wish that any other president except President Trump should fill her SCOTUS seat should be the sole consideration for replacing her. Yet Ginsburg herself—in the wake of Justice Antonin Scalia’s untimely death in 2016—stated: “The president has the authority to name appointees to the Supreme Court. The president is elected for four years, not three years, so the power he has in year three continues into year four.”

Judge Barrett’s nomination was officially announced by the White House on Sept. 26, with the Nov. 3 election 39 days away, and confirmation hearings are slated to begin Oct. 12—which, while relatively close to Election Day, is perfectly constitutional. It is quite possible that the next president may, in fact, be decided by the Supreme Court, and nobody wants a 4-4 vote if that happens.

The best reasons for Judge Barrett’s confirmation are her credentials and background and what they represent in terms of pushing back against the left’s lengthy iron grip on the high court. As the decades have passed with liberals in the majority, prayer and Bible-reading have been banned in all public schools and the killing of the pre-born via abortion was legalized under the SCOTUS’s 1973 Roe v. Wade ruling, with some liberal advocates (including Virginia Gov. Ralph Northam) lately calling for abortions to be legal up to the point of birth. Even if supporters somehow justify abortion before three months, everyone should be able to admit that killing a child after birth is the absolute height of cultural barbarism, akin to the child sacrifices of ancient pagan cultures.

Joy Pullmann, executive editor of The Federalist, aptly noted that Ms. Barrett, who served as a law clerk for Justice Scalia and is currently a federal judge for the 7th Circuit Court of Appeals and a Notre Dame Law School professor, “has done exactly what the left’s anti-woman feminist narrative says is impossible—obtaining a high-octane education while maintaining religious devotion, marrying in her 20s, and choosing both a big family and a big career.” Judge Barrett and her husband, Jesse, have five biological children and two adopted children from Haiti.

Pullmann concludes, “Barrett is a walking rebuke not only to the narrative but to the powers that be. And she looks great while she does it. Her very existence repudiates the left’s binary thinking about womanhood, that women have to deny what makes women different from men to achieve professionally. And that’s why they hate her.” 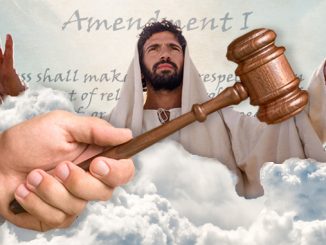