A frequent underlying theme in our increasingly anti-Christian society is that freedom from religion is given supremacy over freedom of religion. An offended individual need only dislike the mere sight of a Ten Commandments monument, a memorial cross, or a Christian nativity scene on public land in order to receive preferential treatment when filing a lawsuit. But the rights of Christians who erect these monuments and displays—as well as the citizens who approve of them—are readily dismissed. Yet, while persecution pertaining to such displays has been evident for decades, this extreme bias in more recent years has been wielded against service providers such as bakers, photographers, and florists.

The latest example of that bias concerns floral artist Barronelle Stutzman. Attorneys representing the 74-year-old great-grandmother asked the Supreme Court of the United States (SCOTUS) to hear her case after the Washington Supreme Court ruled against her for a second time in June. A petition to that effect was filed on Sept. 11.

“The U.S. Supreme Court vacated the state high court’s previous ruling against Stutzman and ordered it to reconsider her case in light of last year’s Masterpiece Cakeshop decision,” stated a news release from the petitioners, the Alliance Defending Freedom (ADF), which is the Arizona-based legal organization representing Stutzman.

This case in several respects mirrors the widely publicized Masterpiece Cakeshop decision, in which SCOTUS reversed Colorado’s decision to punish baker Jack Phillips for adhering to his religious beliefs about marriage by declining to bake a cake for a gay wedding. Much like Phillips, Stutzman has upheld her faith-based belief that marriage is a union of one man and one woman by declining to create a floral arrangement for a same-sex wedding—while being slapped with a lawsuit.

What’s especially noteworthy is that when Stutzman declined to perform floral services for Robert Ingersoll’s wedding, Ingersoll—a longtime customer whom Stutzman considers a friend—didn’t even object. In other words, it’s the government of Washington state, in league with the notoriously anti-Christian American Civil Liberties Union (ACLU), which went after Stutzman—in what appears to be a case of blatant anti-Christian persecution.

Stutzman even helpfully referred Ingersoll to several nearby florists. As the ADF’s news release explained: “The two then discussed his wedding plans, they hugged, and Ingersoll left. He never filed a complaint with the attorney general’s office.

The attorney general chose to pursue Stutzman only because of news reports based on social media posts.” As the ADF petition notes: “Barronelle’s compassionate response epitomizes how Americans with differing marriage beliefs can peacefully coexist,” but “the state brought all its power down on Barronelle, seeking to compel her to create art against her conscience. The attorney general concocted a one-of-a-kind lawsuit, prompting others to threaten and harass her. Yet the attorney general did not investigate, demand assurances, or file suit when a gay coffee-shop owner berated and booted a group of Christians from his store based on religious views they expressed on a public street.”

“These First Amendment violations must stop,” the ADF’s petition states. “Absent the [Supreme] Court’s review, government officials will keep dragging reasonable and sincere people of faith like Barronelle through the courts, imposing ruinous judgments, and barring them from their professions simply because they hold disfavored views about marriage. Religious people should be free to live out their beliefs about marriage. But states like Washington afford that freedom only to people who support same-sex marriage, while stripping it from Barronelle and others like her.”

The ACLU’s involvement, which comes as no surprise, is based on an enduring, harmful misperception. The leftist legal outfit rarely misses a chance to proclaim that even the slightest expression of Christianity outside of a church violates the “separation of church and state” when, in fact, that phrase—famously referred to by founder Thomas Jefferson in a letter to the Danbury Baptists— simply meant that the U.S. government would not have an official denominational church like the Church of England. It had nothing to do with preventing Christian expression in public venues, such as outlawing school prayer or prohibiting Christian ideals from influencing lawmaking (such as outlawing abortion).

All such regulations violate “the free exercise thereof” clause in the First Amendment to the U.S. Constitution—which, lest we forget, protects religious freedom, not just free speech. 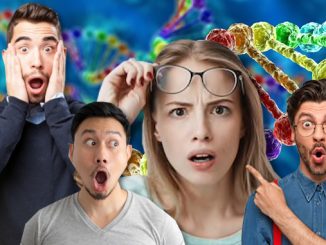 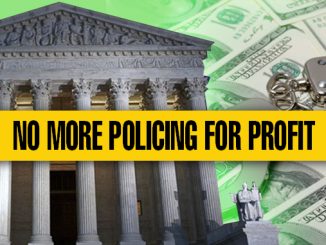