A rare unanimous decision by the U.S. Supreme Court in February condemned out-of-control civil forfeiture laws, a step toward reining in the burgeoning police state.

The U.S. Supreme Court (SCOTUS) ruled on Feb. 20 that the Constitution places clear limits on state and local schemes to seize and keep cash, cars, houses, and other private property from persons suspected of—but not charged with—committing crimes, a legal theft mechanism prone to abuse known as “civil forfeiture.”

Although the unanimous ruling from SCOTUS doesn’t outlaw civil forfeiture, it does, for the first time, put law enforcement institutions across this nation on notice that there are limits to their brazen theft of personal property, and opens the door to new legal arguments when the value of the property seized was out of proportion to the alleged crimes involved.

In February, SCOTUS ruled 9-0 that the Eighth Amendment to the Constitution, contained in the Bill of Rights, also applies to the states under the Fourteenth Amendment.

Although the Bill of Rights was incorporated into the Constitution as a check against federal power, the Fourteenth Amendment was controversially ratified after the Civil War to apply the Bill of Rights to the states, which had allegedly engaged in “grotesque civil rights violations to perpetuate slavery.”

The Eighth Amendment states, simply, “Excessive bail shall not be required, nor excessive fines imposed, nor cruel and unusual punishments inflicted.” The most recognized text of the Fourteenth Amendment states, “. . . nor shall any state deprive any person of life, liberty, or property, without due process of law; nor deny to any person within its jurisdiction the equal protection of the laws.”

The plaintiff in the case, Tyson Timbs, a small-time Indiana drug dealer, pled guilty to selling $225 of heroin to undercover police officers and was sentenced to one year of house arrest and five years of probation and was ordered to pay $1,200 in fines and fees. Indiana state officials also seized his $42,000 Land Rover, claiming he used it to commit crimes.

The ruling’s last paragraph, written by Associate Justice Clarence Thomas, concurring in the judgment, put the decision in perspective:

The right against excessive fines traces its lineage back in English law nearly a millennium, and from the founding of our country, it has been consistently recognized as a core right worthy of constitutional protection. As a constitutionally enumerated right understood to be a privilege of American citizenship, the Eighth Amendment’s prohibition on excessive fines applies in full to the states.

Although Caswell never broke any laws, nor had he ever been arrested or convicted of any crime in his entire life, his local government still attempted to steal his mortgage-free property using civil forfeiture statutes. Fortunately for Caswell—and all freedom-loving Americans—his over three-year saga ended when a U.S. magistrate judge ruled the government did not meet “its burden of proving a substantial connection between the Motel Caswell and the forfeitable crimes, and, therefore, has not met its burden of proving that the property is forfeitable.” 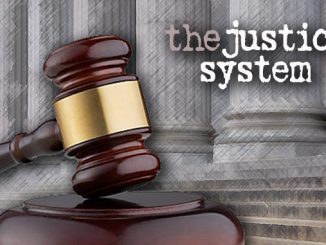 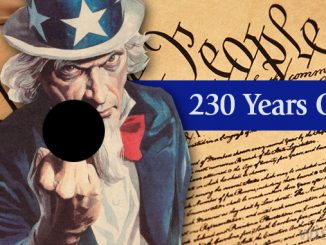