In a new video posted to the Internet, former CIA analyst Ray McGovern contends that the Russians did not hack computers at the Democratic National Convention (DNC). Instead, he argues, citing evidence from the intelligence committee, it was elements inside the CIA that made copies of emails and other digital content and leaked them.

The former spook begins by explaining why the CIA hates Julian Assange, the founder of WikiLeaks.

“In March, there was a leak that WikiLeaks exposed,” said McGovern in the video. “It was a leak based on a contractor for the CIA, who was appalled at the offensive cyber tools that the CIA had developed in connection with NSA.”

McGovern was referring to the leak of Vault 7, which cost the CIA hundreds of millions of dollars and exposed some of the worst cyber tools in the U.S. intelligence community’s arsenal to include software that could take over a car’s computer or ones that facilitated spying.

That leak, he argued, proved that the CIA and NSA have the capabilities to hack into any computer system and then leave breadcrumbs behind, which fool computer investigators into thinking the crime was perpetrated by someone else. Specifically, McGovern said, it was the CIA’s Digital Intelligence Directorate that used a secret system called Marble Network to hack the DNC computers and then left behind the Russian words and the name of a Russian intelligence figure.

Though he does not know who exactly was behind the leaking of internal DNC documents, he believes it was carried out by someone inside the DNC, who copied them and released them online.

How does he know this? McGovern contends that his colleagues in the watchdog group Veteran Intelligence Professionals for Sanity, who include former NSA officials, told him this is what happened.

Watch the video above for the details, and don’t forget to tell us what you think in the comments below. Do you believe McGovern, or do you think someone else was behind it? 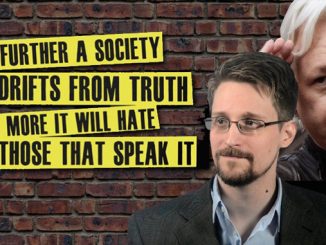