Rep. Tulsi Gabbard (D-Hawaii) has spent years fighting for the freedom of WikiLeaks founder Julian Assange and pushing for NSA whistleblower Edward Snowden to have a fair chance to return to America without pending charges being executed against him. Now, because politics can often produce strange bedfellows, she has found allies in her endeavors: House Republicans.

Gabbard, along with Rep. Thomas Massie (RKy.), has recently introduced a resolution in the House calling for all charges to be dropped against Assange. The resolution also calls for Assange’s extradition order to be dropped. Gabbard wants Assange to be free. Those skeptical that Gabbard is using the election season spotlight that is afforded to former presidential candidates to grab low-hanging fruit should realize that this issue is not a new one for the Hawaii congresswoman.

On April 11, 2019, Gabbard tweeted, “The arrest of Julian Assange is meant to send a message to all Americans and journalists: Be quiet, behave, toe the line. Or you will pay the price.” The tweet was written hours after London police had arrested Assange.

Also, this month, Gabbard has worked with Rep. Matt Gaetz (R-Fla.) to sponsor a resolution calling for the dismissal of criminal charges against Snowden.

On “The Joe Rogan Experience” podcast last year, Gabbard said that neither Assange nor Snowden should be prosecuted for disclosing government secrets that are of great interest to the public. “If it wasn’t for Snowden, the American people would never have learned the NSA was collecting phone records and spying on Americans,” Gabbard told Rogan. “As president, I will protect whistleblowers who expose threats to our freedom and liberty.” Gabbard was then campaigning for the Democratic nomination for president, which she lost to Joe Biden.

While Gabbard has sided with the openly leftist “New Democrats” on many domestic issues, she has shown a decidedly libertarian, pro-peace streak on foreign affairs and issues of freedom. She understands that whistleblowers are a major spoke in the wheel that are the new investigative journalists of the technology era. Her supports for Assange, Snowden, and Chelsea (Bradley) Manning has been unwavering.

Democratic pundits are often perplexed by Gabbard. Many pro-Clinton Democrats have openly wished her from the party, with Hillary Clinton strongly hinting that she was a Russia asset. Gabbard quickly shot back at Clinton. “Great! Thank you, Hillary Clinton,” Gabbard tweeted. “You, the queen of warmongers, embodiment of corruption, and personification of the rot that has sickened the Democratic Party for so long, have finally come out from behind the curtain.”

Gabbard, however, is a rare independent thinker within the 2020 political landscape. Siding with Republicans is also neither a new nor rare decision for Gabbard.

Kelefa Sennah of The New Yorker described Gabbard well in 2017. He wrote, “She is 36, and has a knack for projecting both youthful joy and grownup gravitas. Her political profile is similarly hybrid. She is a fervent Bernie Sanders supporter with equally fervent bipartisan tendencies—known, roughly equally, for her concern for the treatment of veterans and her opposition to U.S. intervention abroad. She is also a vegetarian and a practicing Hindu—the first Hindu ever elected to Congress—as well as a lifelong surfer and an accomplished athlete. On Capitol Hill, she is often regarded as a glamorous anomaly: a Hawaiian action figure, fabulously out of place among her besuited colleagues.”

There is a darkness that has hovered over 2020 for most Americans. From the pandemic to the increasingly angry partisanship that has swept the nation, we are in a place that looks new in our modern era. We are apart. But someday, and probably someday soon, we will look for bridges that can connect us again. Gabbard may be one of those bridges. 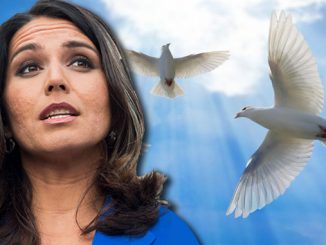 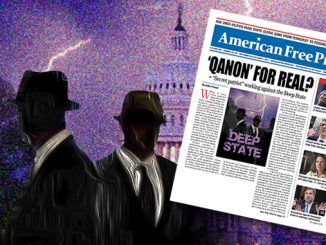 1 Comment on GOP Sides With Tulsi Gabbard on Leniency for Snowden, Assange