A former Memphis Light, Gas and Water Division (MLGW) employee won an important lawsuit earlier this summer when U.S. District Judge Jon McCalla ruled the man had his constitutionally protected rights to free speech and equal protection under the law violated when he was forced out of his job as a result of holding politically incorrect political views.

Michael Goza, who had worked as a customer service field technician for the local Memphis public utility, filed a lawsuit against his former employer in December 2017 after initially being suspended by MLGW for statements he made on Facebook and participating in a rally protesting the removal of Confederate memorials in downtown Memphis earlier that summer.

While attending the rally, Goza spoke to local media outlets explaining his reasoning for participating, and was later identified by members of the public as an MLGW employee. The public utility then suspended Goza while an investigation was launched, and he was subsequently offered an ultimatum: Assume a new role with the public utility that offered less pay and no field contact with African-American customers of the public utility, or be fired from his job. Goza refused the utility’s offer and was immediately fired.

In his lawsuit, Goza argued that his First Amendment rights to free speech were violated by the public utility, and that his termination was retaliatory in nature. Black employees of the utility engaged in similar constitutionally protected expressions of free speech, yet they were not punished or terminated from their jobs, according to Goza. According to local reports, a black employee of MLGW had previously advocated on social media killing Asian- Americans, which eventually came to the attention of the public utility. The black employee was merely suspended for three days rather than being demoted or potentially terminated, as was the case with Goza.

The judge ruled in Goza’s favor, agreeing with his arguments that he was treated unfairly by the public utility and that his First Amendment rights were violated.

“The government does not have to turn a blind eye to the speech of its employees, but MLGW’s decisions in this case were based on unconstitutional factors,” Judge McCalla argued in his ruling decision, which was handed down earlier this summer. The judge also noted that Goza’s participation in a pro-Confederate monument rally was done as a private citizen rather than as a public employee, noting that “Goza was speaking as a private citizen and on matters of public concern.”

While attending the rally, Goza spoke to The Commercial Appeal, a local Memphis news outlet. “What I’m tired of is being portrayed as KKK or a white supremacist simply because I’m a white guy who wants to preserve my heritage,” Goza said at the time, according to the lawsuit.

“Some of Goza’s statements may have been insensitive, offensive, and even bigoted, but they were protected by the Constitution nonetheless,” Judge McCalla wrote. “MLGW thus violated Goza’s First Amendment rights when it demoted and fired him.”

According to the Daily Memphian, MLGW must pay Goza roughly $160,000 in back pay and benefits, and an additional $30,000 in compensatory damages. The public utility must also rehire Goza.

“We’re really happy with the result,” Bryce Ashby, one of Goza’s lawyers, stated shortly after the ruling was released. “We put MLGW on notice early on that we thought this was a First Amendment violation. And we’re pleased that the court saw it our way.”

Goza’s successful case is a breath of fresh air to millions of Americans across the country concerned about the stifling impact of political correctness and extreme anti-white bigotry that is so prevalent in society today. 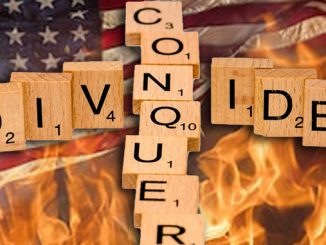