George Papadopoulos, the young former foreign policy advisor to President Trump who was charged and convicted of lying to the FBI, is pulling no punches when it comes to his new book, Deep State Target (available now at the AFP Online Store). He describes the “Russiagate” probe thus: “At best it’s prosecutorial overreach; at worst, it’s the Deep State declaring war on Donald Trump—and with that, a war on truth, justice, and the American way.”

Reinvigorated by Robert Mueller’s findings that there was no evidence of collusion between the Russians and Donald Trump’s campaign, former foreign policy advisor George Papadopoulos is pulling no punches. Papadopoulos epitomized the insignificant nature of Mueller’s investigation, as he served 12 days of a two-week sentence for lying to FBI agents about his contacts with individuals supposedly linked to Russia during the 2016 campaign. After he was charged, Trump and others dismissed Papadopoulos as a low-level volunteer, akin to an office boy.

Papadopoulos is now promoting his new book, Deep State Target: How I Got Caught in the Crosshairs of the Plot to Bring Down President Trump. Papadopoulos’s lawyers have requested a pardon from Trump, and he is considering withdrawing his initial guilty plea.

Papadopoulos told “Fox and Friends” recently that the special counsel’s investigation was a “hoax.” During his book tour, the former Trump aide is being accompanied by a film crew working on a documentary series about him, entitled Papa. The embattled 31-year-old described experiencing a “political rebirth” to Foreign Policy.

The story went that Maltese professor Joseph Mifsud, who hasn’t been seen since November 2017, told Papadopoulos that the Russians had “dirt” on Hillary Clinton, and the young aide then passed this information on to Australian diplomat Alexander Downer in London. Papadopoulos admitted hearing from Mifsud that the Russians had hacked emails from the Democratic National Committee but denies that he relayed this to Downer.

In his new book, Papadopoulos described the “Russiagate” probe as, “At best it’s prosecutorial overreach; at worst, it’s the Deep State declaring war on Donald Trump—and with that, a war on truth, justice, and the American way.” Papadopoulos recounted being pressured by the FBI into lying as part of a plea bargain. Papadopoulos’s wife Mangiante, a lawyer and aspiring actress, is rumored to be working on her own book about the Russian investigation.

Trump himself has called Papadopoulos a “liar,” but his former aide remains loyal to the president. “I wouldn’t change a thing,” Papadopoulos declared on “Hill TV.” “I think the 2016 election was a historic moment. It was a monumental event in, I think, global history, and it obviously changed modern political history in the United States and certainly around the world.” Papadopoulos acknowledged the uncertainty of depending upon Trump clearing his name, saying, “The president has an unorthodox way of handing out pardons.”

“I can’t say that I regret it because, like I said in the beginning of this, so much of the information about me was fake, and now that I’m allowed to actually speak for the first time using my own words, and I wrote a book that allows the readers to understand how I got from A to Z, and how the world got from A to Z,” Papadopoulos stated. “I can’t say that I regret it because, fortunately, it was basically a manufactured investigation that I think my book will act as a roadmap to lead another investigation into those who committed actually treasonous acts into American citizens and the president himself.”

In the book, Papadopoulos paints a picture of a vast conspiracy against him, involving far more persons than the vanished Mifsud. His scenario introduces an intriguing cast of characters, including a Russian woman who pretended to be Vladimir Putin’s niece, an Israeli who offered him $10,000 in cash, an American professor stationed in London whom he suspects was acting as an FBI informant, a series of senior Obama administration officials and, of course, Mueller and his team of prosecutors.

“Yahoo News” predictably remained skeptical in an interview with Papadopoulos, with the reporter scoffing that “the Australian government is lying, Downer is lying, the FBI is lying, and Robert Mueller is lying?” Papadopoulos calmly replied, “What’s so hard to believe about that? Who are these government officials? The ones who are under investigation themselves currently. . . . These are not choirboys.”

George Papadopoulos had christened himself “patient zero,” indicating he believed he was the initial target in Mueller’s laughable investigation.

In January, Papadopoulos was hired by the board of advisors at C3 International, a pro-Trump medical marijuana company. “There has been so much misinformation about what my real case was all about. It was about a professor I met in London who the FBI told the world was a Russian agent,” Papadopoulos said on “Fox and Friends.” “Because if I had told anyone in the campaign, it would have been a conspiracy, but it would have been based on Western intelligence basically fabricating the entire thing. . . . As I am talking to Mueller’s people and they are trying to get me to say something that I know is not true, I just couldn’t.” 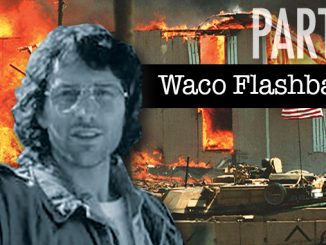