The Post released a short statement that read, “We are pleased that we have been able to reach a mutually agreeable resolution of the remaining claims in this lawsuit.” As is typical in out-of-court settlements, no details were released by either side. “Nicholas Sandmann agreed to settle with the Post because the Post was quick to publish the whole truth—through its follow-up coverage and editor’s notes,” Sandmann’s attorney Todd Mc-Murtry said. Sandmann tweeted, “Thanks to my family and millions of you who have stood your ground by supporting me. I still have more to do.” The judge in the case had initially (and predictably) dismissed the lawsuit but later reinstated it after severely narrowing its scope. The courageous Sandmann, now 18, sent a vague, bold warning to Twitter head Jack Dorsey on his own platform, tweeting, “We have settled with WAPO and CNN. The fight isn’t over. Two down. Six to go.” Wood also gave notice to Dorsey and others, by tweeting, “Defamation lawsuits on behalf of Nick Sandmann still pending in federal court in Covington, Ky. are against NBC, ABC, CBS, Rolling Stone, Gannett, & New York Times. Footsteps of justice also approaching [Dorsey] at Twitter.”

However, the media giants who defamed the teenager with their dishonest and distorted coverage of the encounter between Catholic students (who were on a pro-life field trip to Washington, D.C.) and American Indian elder Nathan Phillips in January 2019, are not exactly showing any remorse. A few days after the settlement with the Post, Sandmann’s legal team threatened new legal action against CNN, which had settled out of court with Sandmann earlier this year. Sandmann’s attorneys accused CNN’s Brian Stelter and Asha Rangappa of violating a confidentiality agreement stemming from the $275 million lawsuit. Stelter had retweeted attorney Mark S. Zaid’s tweet that proclaimed, “Those with zero legal experience (as far as I can tell) should not be conjecturing on lawsuits they know nothing about. What kind of journalism is that? I’ve litigated defamation cases. Sandmann was undoubtedly paid nuisance value settlement and nothing more.” The feisty Wood responded with, “This retweet by Brian Stelter may have cost him his job at CNN. It is called breach of confidentiality agreement. Stelter is a liar. I know how to deal with liars.” Rangappa had replied to Zaid’s tweet with, “I’d guess $25,000 to go away.” Wood blasted this as well, tweeting, “This tweet by Asha Rangappa may have cost Ms. Rangappa her job at CNN. It is called breach of confidentiality agreement. Rangappa is a liar. I know how to deal with liars. Heads are going to roll at CNN or Nick Sandmann is going to be filing another lawsuit and reveal the truth.”

Wood also called out Washington Post reporter Dan Zak, who responded to a tweet asking him if he had settled any lawsuits “today,” with “I didn’t, no. But it makes sense that the Post did! You settle for a small amount—without admitting fault (because there was none)—in order to avoid a more expensive trial that you would nonetheless win. It is, you might say, the American way.” Wood tweeted a response that was almost word for word what he’d admonished CNN staffers for, stating, “This tweet by Dan Zak may have cost him his job as a journalist at The Washington Post. It is called a breach of a confidentiality agreement. Dan Zak is a liar. I know how to deal with liars.”

As Wood explained on Fox News last year, “CNN was probably more vicious in its direct attacks on Nicholas than The Washington Post. And CNN goes into millions of individuals’ homes. CNN couldn’t resist the idea that here’s a guy with a young boy, with that Make America Great Again cap on. So, they go after him. . . . Now you say you’ve seen the tape; if you took the time to look at the full context of what happened that day, Nicholas did absolutely nothing wrong. He was, as I’ve said to others, the only adult in the room.” Fellow Sandmann attorney Todd McMurtry also told Fox News, “Well, we’ve talked about the impact on Nicholas Sandmann and his family a number of times and it is significant. . . . His character has now been determined by the lies issued by CNN. So, the facts were not first, the lies were.”

Fair and just victories in our corrupt, politicized courts are extremely rare. Thus far, against all odds, a defamed Kentucky teenager is taking on the establishment and winning. 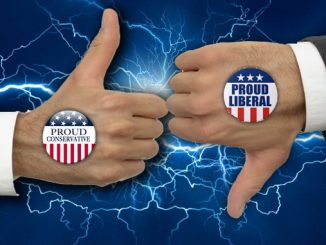 Americans More Polarized Than Ever