Pilotless, remote-controlled drones are being flown by terrorists and drug cartels, a threat that should have been addressed years ago.

When remote-controlled flying drones closed London’s Gatwick Airport in 2018, it was a clear warning that a new threat era had emerged, requiring urgent action. It was, in fact, a threat that had been developing for more than a decade with signs as far back as 2010 that over-the-counter drones would become available and that their fast-changing capabilities would outstrip efforts to counter them unless there was a major plan by governments to invest heavily in anti-drone technologies. Today, the threat is not only confined to kids or terrorists flying drones into airspace over airports.

Drug cartels no longer need to build tunnels under the southern border to flood the U.S. with cocaine and methamphetamines. Using drone technology, they can now deposit drugs outside population centers many miles from the border, just as Amazon plans to deliver packages via drones.

In the near future, as Amazon and other companies begin using drones to deliver their goods, who is going to police the drone flying over your house to make sure it is from Amazon and not a Mexican cartel?

Terrorists or foreign spies can now be virtually placed close to critical infrastructure that they may wish to evaluate for a future attack by deploying drones equipped with night vision sensors over, for instance, power plants. Foreign agents can use drones to mount a hack of a critical government facility.

If you are not scared by the prospect of any of this happening, consider for a moment what terrorists will soon be able to achieve with this new technology. They will be able to bring down commercial planes or deliver bombs or small radiological devices. When you consider how patient and inventive terrorists have been in the past, especially members of al Qaeda, you can be certain they are studying closely the singular advantages of drones. ISIS is known to have experimented with drones to deliver bombs in the wars in Iraq and Syria.

If the attack on Gatwick Airport taught us anything, it was just how vulnerable we are to the use of drones for malicious purposes. The British police and the best technical minds in MI5 learned that tracking drones and tracing them to a source is almost impossible in real time. They discovered that those flying the drones did not have to be stationery; they could be constantly on the move, operating from cars or vans. Authorities never found the perpetrators of the Gatwick Airport attack, and theories abound that it was intended to test the vulnerability of a major British airport or a dry run by people with a longer-term agenda to create damage or havoc at a major transit hub.

An MI5 security expert, who wished to remain anonymous, agreed to talk to AFP off the record about the nature of the threat.

“People think of drones in terms of America’s secret drone war, forgetting that drone technology is now readily available. The truth is we are limited in the countermeasures we need to combat just basic malicious threats at airports and in heavily populated towns and cities. By the time you identify a malicious drone attack by tracing the electronic signature, the way you would a phone signal bouncing off a cell tower, it is often too late because the drone operator has shifted to another location. At Gatwick we had to bring in a lot of technical gear and that made the whole exercise cumbersome, losing us time. Unless you have the best tracking gear in place at airports there is going to be a disaster and that is not even taking into account what terrorists may do by sending a small drone swarm at a target. We have not been taking this threat seriously enough, and it means we do not have the edge we should have.”

On July 4, 2017, little notice was paid when a drone dropped tools into a correctional facility in Texas, enabling a prisoner to escape. The good news is, unlike the Obama administration, the Trump White House has now provided major financial resources to deal with this threat to the homeland. Time is not necessarily on our side, however. By 2010, over 50 nations were developing drone technology. The Chinese in particular, seeing how lucrative it could be, were anxious to flood the international market with personal drones.

In a 2011 study for the Brookings Institute, John Villasenor, a professor of electrical engineering, law, public policy, and management at UCLA, sounded the alarm for Congress to act:

“Today we have the luxury of assuming that the sky above us is free of nearly invisible pilotless aircraft under the control of a hostile group and possibly carrying a payload that might do us harm. Continued advances in drone technology make it all but certain that in future years we will no longer have that luxury.”

If the tragedy of 9/11 proved anything it was that our adversaries can be inventive as well as ruthless, and drones provide them with a new and potentially lethal tool. 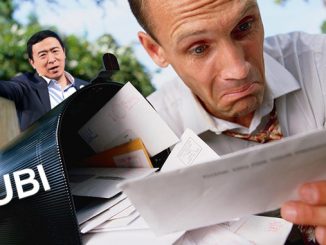 2 Comments on Drone Technology a Threat to All