Both left-wing and right-wing “free speech squelchers,” to quote conservative commentator Michelle Malkin, caused her November 2019 appearance at Boston’s small Bentley University to be cancelled. Those on the right often face censorship on college campuses, due to pressure from leftist social justice warriors. The issue of Malkin’s speech was immigration, something near and dear to the hearts of virtue signalers swearing allegiance to political correctness and enterprising young capitalist fans of the cheapest labor possible.

As Malkin herself explained, “A group of conservative students at the University of Maine, a publicly funded school, invited me to bring my nationalist message about who’s funding the destruction of America to their campus. This prompted the College Republicans’ [CR] faculty adviser, political science professor Amy Fried, to resign in protest. That led to the de-chartering of the CR group. Why? Because I refused to disavow other young students who have asked trenchant, pesky questions at Young America’s Foundation and Turning Point USA lectures about the GOP elites’ support of wage-suppressing, job-outsourcing, Democrat voter-importing policies that put American students, workers, and families last.”

When Malkin asked Fried about this, Fried replied, “I never did that. Didn’t happen. Whoever told you I did is incorrect.”

Maine Republican congressional candidate Adrienne Bennett commented: “Free speech is the cornerstone of a free democracy. We are hearing reports that administrators from the University of Maine pressured a private Maine hotel to cancel an appearance by conservative speaker Michelle Malkin. If true, this is a disturbing development from Maine’s public, land-grant university,” she blasted. “All universities—but especially those that receive public funds—have an obligation to foster free speech and free inquiry . . . . I am disturbed that academic elites would interfere to block this speech. For those who disagree with Malkin’s views, the answer is debate and discourse, not censorship.”

Malkin reported that six organizations have now banned her from speaking at their events. Incredibly, one of these was Donald Trump’s fabled Mar-a-Lago, which predictably caved under pressure from—believe it or not—the Southern Poverty Law Center. Another was the New Jersey Right to Life Committee, not exactly an outfit known for social identity politics.

Clearly, the Republican establishment, now relatively comfortable with Trump, is unsupportive of hardliners on issues like immigration, such as Malkin or Ann Coulter.

As Malkin put it, “Popular, peacefully expressed ideas that threaten establishment empires in both parties must be stopped. The pretense of free inquiry and association must be propped up by the tolerance hypocrites on the left and the culture warrior poseurs on the right. The illusion of ‘free speech’ must be maintained by the keepers of the gate. Lying is lucrative.”

Earlier this week, the Republican National Committee officially condemned Nazis, the Ku Klux Klan, and white supremacists. Just what constitutes a “Nazi” or a “white supremacist” is left for anti-free speech outfits like the Southern Poverty Law Center and the Anti-Defamation League to determine. College Republicans are supposedly “worried” about strident young nationalists like 20-year-old podcaster Nick Fuentes, who has a huge audience online. The state chapter of College Republicans denounced an “Affirmative Action Bake Sale” hosted last May at the University of Washington by a group also calling themselves College Republicans. The sale attempted to satirize affirmative action policies by basing the price of baked goods upon the race of those who purchased them. They also incurred the wrath of mainstream conservatives on campus, and in the state, by inviting controversial “straight pride” advocate Milo Yiannopoulos, who is actually gay himself, to speak there in 2017.

Republican National Committee spokeswoman Mandi Merritt expressed the conventional party view: “When it comes to issues college students care about, like securing a job after graduation, the choice is clear: a booming economy under President Trump or a government takeover of every aspect of their lives under Democrat leadership.”

Republicans chant the mantra of a “booming economy” constantly, even though all the employment figures are dishonestly reported, as candidate Trump astutely pointed out during his 2016 presidential campaign.

Twenty-one-year-old Juan Romero, chair of the New Mexico Federation of College Republicans, stated, “Things like the Milo event, where you have someone on stage that says inflammatory things that are in my opinion not even conservative, it not only drives people away, but it also ignites the wrong kind of people.” Romero expressed the goal of carrying on the “conservatism of (Ronald) Reagan.” The real Reagan legacy, of course, is open borders, a bloated military-industrial complex, and tax breaks for only the wealthy. 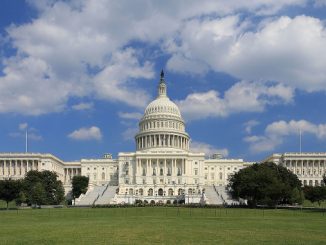