In a shocking legal case that underscores the fact that there are at least two sets of rules in the United States, one for us and one for them, a U.S. Navy sailor who took a total of six photos of the interior of the nuclear submarine he served aboard was sentenced to one year in prison, given a $100 fine, six months home confinement, 100 hours of community service and a ban on owning guns.

Contrast the justice meted out to Kristian Saucier, a patriotic American serving his country in the U.S. Navy, to the justice not meted out to Hillary Clinton, for mishandling 113 emails—22 Top Secret and 65 Secret—while U.S. Secretary of State. 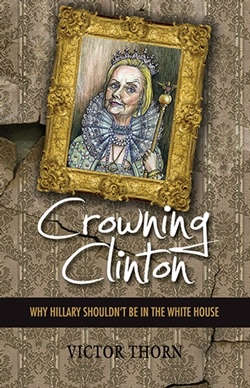 Saucier, 29, of Arlington, Vermont, plead guilty on May 27, 2016 to one count of unauthorized possession and retention of national defense information. He admitted to taking six photos inside the USS Alexandria (SSN-757), a Los Angeles-class nuclear-powered fast-attack submarine, in 2009 when he was 22-years-old. “The photos were deemed ‘confidential,’ the lowest level for classification,” reported U.S. News & World Report.

Saucier’s attorneys argued that Clinton had been “engaging in acts similar to Mr. Saucier” with information of much higher classification. They argued that it would be “unjust and unfair for Mr. Saucier to receive any sentence other than probation for a crime those more powerful than him will likely avoid.”

After sentencing, one of Saucier’s defense attorneys commented that “it could be argued here that depending on what your name is, that’s the type of justice you get in the United States.”

12 Comments on Clinton Gets Off, U.S. Navy Sailor Gets 1 Year Behind Bars for Taking 6 Photos