Dr. Joy Karega, an assistant professor of rhetoric and composition at Oberlin College, a prestigious liberal arts college in Ohio, has been placed on paid administrative leave following an investigation related to her social media posts, university officials recently announced.

Professor Karega made national headlines earlier this year when a number of her controversial social media posts were publicized by the media. The Oberlin College professor, who is black, made numerous Facebook posts which were deemed to be anti-Semitic and promoting “conspiracy theories.”

In her posts, Ms. Karega opined Israel played a key role in the events of 9-11 and also argued that ISIS was a joint Central Intelligence Agency-Mossad creation designed to stage even more September 11-style false-flag attacks. In other posts, Ms. Karega expressed her support for the Palestinian cause and pointed out that the notorious Jewish banker Jacob Rothschild, among other elite money lenders and international financiers, “own your news, the media, your oil, and your government.”

University officials, including Oberlin College President Marvin Krislov, who is Jewish, originally defended Ms. Karega’s controversial posts and her right to freedom of expression while distancing the university from her views.

“I believe, as the American Association of University Professors says, that academic freedom is ‘the indispensable quality of institutions of higher education’ because it encourages free inquiry, promotes the expansion of knowledge, and creates an environment in which learning and research can flourish,” Krislov wrote in a letter publicly released shortly after Ms. Karega’s posts initially garnered widespread media attention. “Cultivating academic freedom can be difficult and at times painful for any college community. The principles of academic freedom and freedom of speech are not just principles to which we turn to face these challenges, but also the very practices that ensure we can develop meaningful responses to prejudice.” 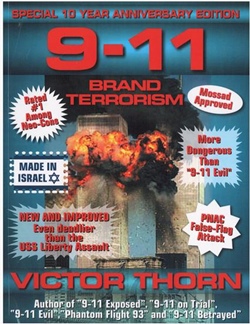 Unsurprisingly, Krislov has backtracked on his initial support for Ms. Karega, likely as a result of heavy pressure from the pro-Israel community and other enforcers of political correctness.

“I truly hope the leaders of America will see [fit] to address this atrocity and will send a clear-cut message that anti-Semitism and any form of hatred won’t be tolerated,” Hikind stated.

The Anti-Defamation League (ADL) and other Jewish organizations met with Oberlin College officials in early March “to address the seriousness of the anti-Semitic views shared on social media by Assistant Professor Joy Karega,” according to an ADL article. “During the meeting, potential implications of espousing such extreme personal views, and how these sentiments have the potential to create an atmosphere where students feel uncomfortable, were discussed.”

Given the immense influence Jewish and pro-Israel organizations wield in American society, which was demonstrated quite clearly in this particular case, university officials have decided to suspend Ms. Karega’s professorial duties. Krislov added that this will take place until “an equitable review process” has been completed.

“While the process is pending, Professor Karega is on paid leave and will not be teaching at Oberlin,” he announced. “Arrangements are being made to cover her teaching and advising responsibilities.”

Despite the rational and legitimate views expressed by the professor, it is highly unlikely she will be asked to return to her teaching duties.

Numerous independent researchers, journalists, and scholars, including the late Victor Thorn, have conclusively demonstrated that Israel and an international network of pro-Israel criminals planned, organized, and benefited from the events of 9-11. More recently, alternative and independent analysts have posited that ISIS is tied to Israeli and Western intelligence agencies, views Ms. Karega expressed publicly but has now been punished severely for doing.

Ms. Karega did not respond to email requests for comment before AFP went to press.