A relic of the Barack Obama administration called Operation Chokepoint—effectively neutered by Donald Trump while he was in office—appears to be on the verge of resuscitation by the Joe Biden administration. Operation Chokepoint—clearly unconstitutional—was a federal regulatory banking scheme whereby lending institutions were empowered and encouraged to deny firearms manufacturers access to money.

According to the online journal “The Conservative Firing Line”: During the Obama adminstration, Operation Chokepoint was instituted in order to prevent banks from giving money to anyone who purchased or manufactured fire arms, or any other business Obama felt was an enemy of his agenda. Trump yanked that policy, and federal regulators adopted the “Fair Access Rule,” which required that gun businesses or any other businesses [were protected from] bank discrimination based on “dislike” of a certain industry or business. 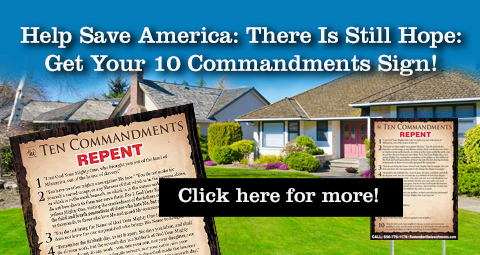 Under Biden, that fairness is all gone. Under Trump, banks were to “conduct risk assessments of individual customers, rather than make broad-based decisions affecting whole categories or classes of customers when providing access to services, capital, and credit.” As of Jan. 28, the Biden regime’s administrator of the Office of the Comptroller of the Currency (OCC) “paused” the Trump rule that had prevented banks from discriminating against the firearms industry or citizens. “When banks can discriminate against any business or person based on the leftist agenda, it doesn’t bode well for any of us. If you or your business is considered ‘an enemy of the state,’ under Biden’s agenda, you are sunk,” “Conservative Firing Line” added.

Thus, by weaponizing banking regulatory powers at the Federal Deposit Insurance Corp. and the OCC, the Obama administration set a precedent that Biden could build upon by allowing federal regulators to block entire industries from the banking system—industries that the administration may consider a threat to the leftist progressive agenda. Politically disfavored businesses, such as gun sellers and short-term lenders, could have an exceedingly tough time staying afloat.

As Kelsey Bolar at “The Federalist” observed about the Obama years: “By using the power of federal banking regulators to intimidate banks from providing their services to [specified] industries, the administration choked off their access to the financial system, leaving them paying more for essential banking services, or unable to use a bank at all.”

The danger now, far beyond the perils this Chokepoint policy posed during the Obama years, is that, in the wake of the Jan. 6 “white supremacist insurrection” at the Capitol, as it is portrayed by the deluded left and its mainstream media organs, there’s likely going to be far more demonizing and demonetizing going on specifically directed at political opponents of the ruling regime’s radical leftist agenda.

In short, when revived, Operation Chokepoint could be used not only against supporters of the Second Amendment, but also against those using their First Amendment rights to criticize those policies foisted upon Americans by Biden’s extremist handlers. At risk are those with pro-life, pro-free speech, pro-alternative health, pro-Christian, pro-conservative and anti-police state views, among many other traditional views indicative of patriotic Americans.

1 Comment on CHOKEPOINT: Another threat to the Bill of Rights being revived