The Trump administration is progressing with its plans to build a wall on our southern border, according to a recent announcement from Customs and Border Protection. Eight companies are now involved in the wall project and, unfortunately, an Israeli-owned defense manufacturer, is among them—chosen from the 200 companies that bid on the project. We wonder why Trump’s America-first administration didn’t put America first by contracting only American firms for the $25 billion project.

The move is part of the Department of Homeland Security’s plan to implement President Donald Trump’s Executive Order 13767 of Jan. 25, 2017. That order requires border security and immigration-enforcement improvements, toward the ultimate goal of building a full-fledged border wall.

NBC affiliate KVOA Channel 4 in Tucson, Ariz. reported: “The Department of Homeland Security has issued [an order] to waive certain laws, regulations, and other legal requirements to ensure the expeditious construction of barriers in the vicinity of the international border near Calexico, Calif. The waiver was published in the Federal Register.” Calexico, near Baja California, is an area of particularly high illegal entries, hence the current focus on that area.

The U.S. border with Mexico, which is some 1,980 miles long, from the Pacific Ocean to the Gulf of Mexico, spans six Mexican states and four U.S. states: California, Arizona, New Mexico, and Texas. It’s the mostly frequently crossed international boundary in the world, with estimated legal crossings pegged at 350 million annually. It has 48 border-crossing points. While some 12 million people are estimated to be living in the United States illegally, that’s about the same number of people living in all the counties and municipalities that hug the border from one end to the other.

There are eight companies now involved in the wall project. Notably, an Israeli firm is among them.

According to “Israel National News,” “Elta North America, an Israeli-owned defense manufacturer with U.S. headquarters in Maryland, was one of four companies chosen to build a prototype for the border wall between the United States and Mexico. The company is a subsidiary of Israel Aerospace Industries. Some 200 companies vied for the tenders, which will provide a $300,000 to $500,000 grant to develop a model. . . . In total, eight companies are building prototypes for the nearly [2,000-mile-long] wall. Four will be concrete and four will have see-through or ‘smart’ walls. Elta was chosen to work on the see-through walls project. The final project could cost up to $25 billion.”

Having toured and photographed south-Texas points at Donna, Progreso, Pharr, and Mission, while also checking the border-fence status near Brownsville, this writer found the current fencing includes scattered incomplete sections, some of which are rusting. Several are surprisingly far removed from the actual border zone.

This odd configuration, of which many Americans are unaware, creates major gaps through which immigrants illegally enter the country. Installing new fence sections often requires court actions to secure easements so affected private property owners are compensated for construction. The process can be messy.

Yet, while these and other challenges cannot be denied, the Trump White House seems much more focused than its predecessors in wanting to complete a border wall in tandem with reworking the NAFTA trade scheme. If this process were to help Mexico’s economy, then the incentives for Mexicans to enter the United States in the first place would be reduced.

Do Democrats Want an Impeachment Fight? 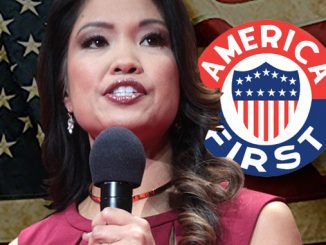 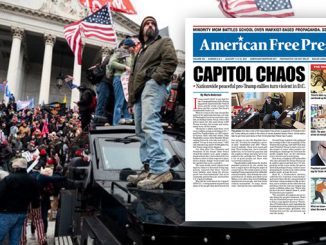 4 Comments on Build That Wall