Vets accuse Tammy Duckworth of using them as a political springboard.

On an episode of his popular Fox News show, Tucker Carlson recently described Thai-American Sen. Tammy Duckworth of Illinois as “deeply silly and unimpressive,” as the senator had implied that a national conversation should be had as to whether statues of George Washington were ones that should be left standing after Generation Cancel wipes the great American tapestry clean of all tributes to old, dead, white men (and, ironically, old, dead slavery abolitionists, too). “To morons like Tammy Duckworth, [George] Washington is just some old white guy who needs to be erased,” Carlson said. After President Trump’s Mt. Rushmore speech—in which he mentioned not a single Confederate soldier or leader—Duckworth, when asked about the speech, said, “He spent all the time talking about dead traitors.” To those listening carefully, Duckworth meant that those the president did talk about—American patriots of yore—were in her own words, “dead traitors.” She has also expressed a ready willingness to discuss the removal of statues of George Washington, saying, “We should listen to all sides.”

Carlson then described how some Democrats, in his opinion, “hate America.” This is where the spat went haywire. Duckworth tweeted, “Does [Tucker Carlson] want to walk a mile in my legs and then tell me whether or not I love America?” Duckworth is a double amputee, having lost both legs after a Black Hawk helicopter she was copiloting was shot down by Iraqi insurgents. Carlson had also called her a “coward” for not debating him on his show, not her military service. He also rightfully bashed her for her shoddy treatment of U.S. veterans.

Carlson invited her to defend her positions on his nightly show, but Duckworth’s staff said she would not even consider it unless Carlson apologized first. This is the classic leftist argument being used by liberals today: Admit you are wrong because

I cannot defend my positions.

Before becoming a senator from Illinois, Duckworth served in a variety of high-level, decision-making positions on various veterans’ committees and boards. An appointee of disgraced Illinois Gov. Rod Blagojevich, Duckworth has been labeled by her own critical veteran constituents as someone who used her Veterans Affairs post “as leverage for her political career.” Whistleblower Germaine Clarno described Duckworth’s “ineffectiveness” when dealing with important veterans’ issues. When Duckworth was a candidate, former Veterans Administration (VA) employees took her to task for eliminating over $1 million in scholarships for POW/MIA families. When two Illinois VA employees claimed mismanagement and unethical practices were common at the VA, they were both threatened with workplace retaliation.

In 2015 a doctor and a former social worker at the Hines VA hospital in Illinois claimed Duckworth casually dismissed their immediate concerns about medical negligence that was occurring at the facility in 2013 and 2014.

The leftist media immediately went after Carlson for having dared criticize a disabled veteran. But a member of the media must be able to criticize any politician, whether they have their legs or not. When they cannot do so, there is no freedom of speech or freedom of the press. You must be able to say their decisions are cowardly when they are, and you must be able to say the politician is unimpressive when their position statements are lackluster. Duckworth’s disability cannot make her immune from such criticism. She volunteered to enter the public sphere as a national politician. When one makes that decision, it is the media’s responsibility to report on their words and actions, whether brilliant or unimpressive and silly. 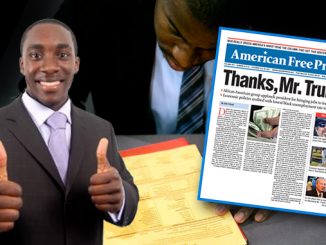 Beware the Ides of May