In the front-page story of American Free Press Issue 51&52, mailed out on Friday (and available online for digital subscribers here), reporter John Friend describes what he found upon traveling to Mexico to investigate firsthand the current situation with the Central American immigrant caravan on the ground in Tijuana, just outside the U.S. border in California.

TIJUANA, Mexico—Hundreds of migrants are camping in tents in a public street just outside the Benito Juarez sports complex in Tijuana, Mexico, home to a makeshift shelter set up by the migrants, local officials, and charity groups to assist the thousands of mostly Central American migrants who have trekked thousands of miles in an attempt to enter the United States.

Local authorities closed the sports complex late last month due to unsanitary and squalid living conditions and set up a new camp in the Mariano Matamoros neighborhood of Tijuana, roughly 10 miles from the U.S. border. That hasn’t stopped hundreds of migrants from continuing to squat near the sports complex, which this reporter visited last weekend to get a firsthand account of the ongoing situation.

Men, women, and children are camping in tents and other handmade shelters in a public street next to the sports complex, which is a roughly 10-minute drive from the main U.S. border-crossing entry. The vast majority of those camping are young men aged 16-25, based on this reporter’s estimation. According to locals, thousands of migrants had been living in or near the sports complex in previous weeks, but many have either relocated, attempted to cross the border, or have begun the arduous journey back home after realizing gaining asylum or refugee status in the United States is a much more difficult process than they had anticipated or were promised.

The sports complex and surrounding area is covered with garbage, discarded items, and human waste. The main entryway to the complex is locked, and signs are posted indicating the facility is closed. Local faith-based organizations and charities in the area are providing warm meals and other basic living essentials to the migrants, while local law enforcement officials keep a close eye on the situation.

This reporter spoke with one young man named Gilbert camping near the sports complex. Gilbert, originally from Honduras, joined the caravan of migrants several weeks ago and made his way to Tijuana with the aim of entering and eventually working in the U.S. Gilbert explained that he had been camping near the sports complex for roughly 20 days after arriving in Tijuana with some of his friends who fled Honduras with him.

“In Honduras, life is so hard right now,” Gilbert told this reporter. “My plan is to stay over here to work, stay over here for one year or two years, and then I want to go to the United States to work.” According to Gilbert, he obtained a one-year visa from the Mexican government, which allows him to work legally in the country. Thus far, however, he has failed to obtain gainful employment.

Reports have emerged that many of the migrants are sick, with many having respiratory diseases, lice, and chicken pox, among other common ailments. Due to the unsanitary living conditions and lack of clean water, disease has spread, raising concerns among health experts and local officials in Tijuana. Gilbert confirmed that many of the migrants he was living with near the sports complex were sick.

The majority of the migrants appear to have been under the impression that gaining entry to the United States would be a relatively simple process. They were expecting to cross the border and either obtain a visa from U.S. customs officials or be granted refugee status. Sadly, most appear to have at least temporarily abandoned their families in their home countries in their attempt to enter the U.S.

Leslie Yoana Coban left her four children with their father in Honduras before joining the caravan and traveling to Tijuana. She recently told reporters she is waiting to cross the border, perhaps illegally using a “coyote”—which costs migrants thousands of dollars—to be smuggled illegally into the United States.

“Yesterday, I cried when I spoke to them because the one that’s four asked me if I would return. I said no,” Ms. Coban explained to reporters. “I speak with them, and I tell them that I’m fine, to not worry, and to take care, that I love them very much.”

Coban’s attitude mirrors that of many of the migrants this reporter encountered at the sports complex.

“Yeah, everybody thought that the border would just open and we were going to cross,” Christian Chavez, a 24-year-old Honduran migrant, explained to reporters recently. “But it’s a difficult thing.”

Local officials in Tijuana have expressed concern and frustration with the caravan situation, which is costing the city thousands of dollars per day, according to officials. Tijuana Mayor Juan Manuel Gastélum, who has been critical of not only the migrants but also Mexico’s handling of the situation, estimates the city is spending $25,000 per day feeding and housing the migrants. 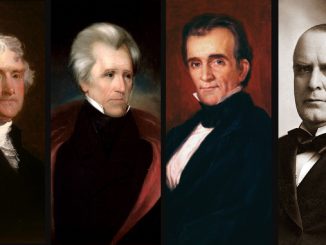 Has the West the Will to Survive?