The crisis along the porous southern border between the United States and Mexico may be finally under control—at least for now—as the U.S. enters the fall holiday season.

Immigration officials responsible for policing the border and enforcing U.S. immigration law have apprehended close to 1 million illegal or inadmissible immigrants attempting to enter this country over the course of Fiscal Year 2019, Mark Morgan, the acting commissioner of Customs and Border Protection (CBP), recently announced. This is the highest number apprehended since 2007.

“These numbers are numbers that no immigration system in the world is designed to handle, including ours,” Morgan stated at a recent White House press briefing.

For much of this year, many thousands of migrants, often with fraudulent family claims and documentation, have attempted to enter the United States, often illegally. Promises of lucrative job offers and easy access to generous and easy-to-access social services, housing assistance, and welfare benefits have driven the migrant invasion, which has been fueled and facilitated by radical left-wing open borders activist organizations. So-called “migrant caravans,” often originating in Central American countries such as Guatemala or Honduras, have made their way north in an effort to secure entry to the U.S.

As Morgan indicated, close to 1 million have been apprehended, yet many were able to gain entry to this country over the course of the past year as border patrol and immigration officials have been overwhelmed by the sheer numbers.

In May, roughly 144,000 migrants either attempted to cross the border illegally or presented themselves at ports of entry without proper legal documentation, marking a high point this year. Since then, apprehensions have been slowly declining each month, with September marking the lowest number of the year with roughly 52,000, according to Morgan.

Morgan credits the decrease in illegal entry attempts to changes in U.S. policy, including ending the absurd “catch-and-release” policy, which allowed migrants to be cited by and registered with immigration officials only to then be released into the nation’s interior with no way of ensuring the individual would show up at a future court hearing.

Family arrivals during 2019 tripled compared to previous years, with many families claiming asylum and attempting to enter the country with fraudulent family claims. The system was simply being abused and agents were overwhelmed, Morgan noted. Not so anymore.

“Our Border Patrol facilities . . . were not designed to hold families or children. They were designed as police stations,” Morgan stated. “The hundreds of thousands of families and children were told, coached, and made to believe if you make it to the United States border with a child, it was your passport into the interior U.S.”

The Mexican government has played a key role in helping get the crisis under control, according to Morgan. Rather than releasing migrants into the U.S. to await immigration court hearings, they are being forced to wait in Mexico for their court date. Known as the Migrant Protection Protocol (MPP), Morgan credits this new policy with dramatically reducing the number of illegal aliens attempting to enter the U.S., often under dubious and fraudulent circumstances.

“MPP allowed for migrants illegally crossing, or at the [ports of entry] without documents, to be returned to Mexico to await expedited immigration proceedings in the United States,” Morgan explained. “If they have meritorious claims, they receive relief in just a few months, rather than waiting in limbo in the United States, sometimes for years. And if they have unsuccessful claims, they are swiftly returned to their home country, or they can return voluntarily.”

Morgan continued: “We’re now sending the message that, if you’re coming here as an economic migrant, you’re not going to be allowed into the United States. That’s driving a lot of people to return.”

As the 2020 election approaches, the immigration crisis continues to be one of the most pressing issues facing our nation. Firebrand conservative author and political commentator Ann Coulter, a fierce critic of open borders and massive immigration into this country, recently argued that America is “about to be over if we don’t stop immigration.”

“Absolute stop,” she powerfully stated on a recent radio interview. “Deport illegals, build the wall, go after refugee frauds. Otherwise all [our] congressmen are going to be Ilhan Omar,” referring to the far-left Democratic congresswoman representing Minnesota.

Will the political establishment have the backbone to address the immigration crisis in the coming years? President Donald Trump, to his credit, has attempted to tackle the extremely contentious issue but has largely been stymied by Congress, the courts, and the media establishment, all of which are on board with the globalist open borders New World Order agenda. 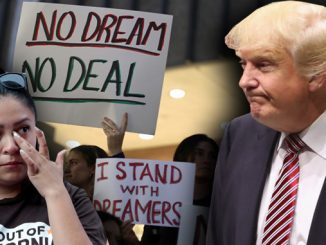 Trump and the Invasion of the West 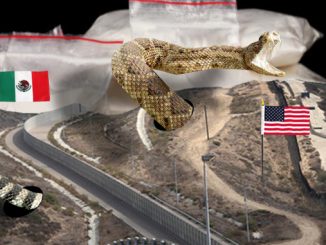 Discovery of Border Tunnels Has U.S. Rethinking ‘the Wall’