When President John F. Kennedy spoke to the nation to promote his civil rights bill, he declared, “Race has no place in American life or law.” Martin Luther King Jr. is best remembered for his “I have a dream” speech, which proclaimed his hope that all people would be judged by the content of their character, not the color of their skin.

Black Lives Matter (BLM)—born after incidents like the Trayvon Martin case received extensive, one-sided coverage in the mainstream media—seems to be the antithesis of the original civil rights movement. Instead of fighting for integration and equal inclusion in all elements of society at large, BLM and like groups argue for segregation, and insist that blacks’ primary concern should be about skin color, and not character content. While Martin Luther King and other civil rights activists were fighting for rights for those who had been historically denied them, BLM and their fellow social justice warriors are fighting to deny the basic rights of those who disagree with them.

The Black Lives Matter perspective, in a nutshell, is that “people of color,” especially African- Americans, are still victims of “systemic racism” and unquantifiable “white supremacy,” that runs this country. All evidence, of course, flies in the face of this contention. Huge corporations, all of them run by whites who would certainly represent “supremacy” if anything does, have been giving billions to BLM and similar organizations, ever since the nationwide protests over the death of George Floyd at the hands of a police officer began. At the same time, companies all over the country have fired employees who simply criticized via social media the violence, destruction of personal property, and looting. They’ve even been fired for things that their spouse posted online. The stepmother of one of the officers in another recent widely publicized case involving the shooting death of a black man who’d fallen asleep in a fast food drive-through line, was fired from her job simply for being related to him. That certainly seems unjust, unfair, and illegal, but this is the “new normal” in 2020.

Capitulating to a pressure group in such a fashion certainly seems to be an odd way for “racist” institutions to act. The BLM anti-white agenda now permeates every part of our “racist” society. Universities have instituted special grading policies for black students, which are far more lenient, as well as exempting them from the dreaded final exams all others must take. One very liberal UCLA professor naturally objected to this ridiculous double standard and, after being threatened, was suspended from his position. Even “conservatives” are toeing the line along with the virtue signalers on the left. Chik-fil-A CEO Doug Cathy

declared that whites need to “repent” for their racism and shine the shoes of black people. Republican Mitt Romney proudly marched alongside Black Lives Matter recently.

Hundreds of large companies have expressed their support for “the black community,” whatever that is, and the Black Lives Matter/Antifa cause, including American Airlines, Apple, Adidas, Amazon, Bayer, Burger King, Cadillac, Coca Cola, DirectTV, HBO, Hershey’s, IBM, IKEA, Marvel, MasterCard, McDonald’s, Procter & Gamble, Reddit, Reese’s, Sony, Starbucks, Target, Uber, Warner Bros, Wendy’s, all the big banks, and countless other powerful corporations. Looking at the list, it is difficult to see how an effective boycott could possibly be implemented, when virtually all of corporate America is behind the Black Lives Matter movement. This is a decidedly curious thing for all these symbols of “systemic racism” to be doing.

While there doesn’t appear to be anyone in the political or business world speaking up, there are a few lonely voices of sanity in the press. Tucker Carlson, one of the mainstream’s few honest reporters, has done yeoman’s work covering the lunacy and ugliness of this insidious anti-white movement.

Among self-described liberals, we’re watching an intellectual revolution. It feels liberating to say after years of tiptoeing around the fact, but the American left has lost its mind. It’s become a cowardly mob of upper-class social media addicts—Twitter Robespierres—who move from discipline to discipline torching reputations and jobs with breathtaking casualness. The leaders of this new movement are replacing traditional liberal beliefs about tolerance, free inquiry, and even racial harmony with ideas so toxic and unattractive that they eschew debate, moving straight to shaming, threats, and intimidation. . . . They’ve conned organization after organization into empowering panels to search out thought crime, and it’s established now that anything can be an offense.

Black Lives Matter represents the culmination of decades’ worth of white guilt-shaming and obsequious uplifting of black self-esteem. The result is that struggling whites are being asked to apologize to, and ultimately financially compensate, blacks who they have never wronged and who have largely never faced discrimination.

Black Lives Matter (BLM) has seemingly become the most powerful organization in American culture. People have lost their jobs simply for making critical remarks about them on social media. Responding to their name with the logical counter, “all lives matter,” has resulted in job dismissals as well, along with being instantly branded a “racist.”

It is instructive to look at a list of demands recently presented by the BLM-centric so-called CHOP (Capitol Hill Occupied Protest) group, which has been allowed to take over six blocks of downtown Seattle, Wash. without any resistance from authorities. “We demand that the City Council and the Mayor, whoever that may be, implement these policy changes for the cultural and historic advancement of the city of Seattle, and to ease the struggles of its people.” The screed notes, “This document is to represent the black voices who spoke in victory at the top of 12th & Pine after nine days of peaceful protest while under constant nightly attack from the Seattle Police Department.”

The first demand is abolition, not reform, of the Seattle Police Department, including pensions for retired officers, as well as “the attached Criminal Justice Apparatus.” They also demand an end to ICE, and a halt to the enforcement of immigration policies. Another is for a ban on “the use of armed force,” including batons and riot shields. They call for “a full-scale investigation into past and current cases of police brutality in Seattle and Washington.” They demand “reparations for victims of police brutality, in a form to be determined.” The most astounding demand is for “a retrial of all people of color currently serving a prison sentence for violent crime, by a jury of their peers in their community.” There are demands for a release of all protesters who’d been arrested and a general amnesty for anything they might have done, along with “decriminalization of the acts of protest,” for current prisoners and convicted felons to be granted full voting rights, free college for all residents of Washington state, a call for segregated medical services, with black doctors and nurses only serving black patients, that “history of black and Native Americans be given a significantly greater focus in the Washington state education curriculum,” and a removal of “any and all monuments dedicated to historical figures of the Confederacy.”

In fairness, a few of the CHOP/BLM demands are reasonable, and even necessary. They call for an end to the disastrous “school-to-prison pipeline” that results from the overt police presence in all schools now, something this author detailed in my book Bullyocracy.* Their demand for the federal government to

investigate past and current cases of police brutality is complicated but valid. Much of the anger toward the police is due to the undeniable fact that white and black police officers who abuse their authority have very seldom been held accountable by their superiors. Their demand that all those serving time for marijuana-related offenses be released is something many people might agree with. Their opposition to prosecutorial immunity for police officers and an end to private prisons both make sense. They even touch on the odious asset forfeiture laws by demanding a return of all personal property from the city’s “lost and found” department.

The problem is that all their demands are centered around race, not injustice. And there is an unmistakable prejudice against whites in everything they say and do.

Black Lives Matter, according to its own web page, emulates Hillary Clinton’s “it takes a village” mindset, proclaiming, “We disrupt the Western- prescribed nuclear family structure requirement by supporting each other as extended families and ‘villages’ that collectively care for one another, especially our children.” While BLM certainly isn’t tolerant of whites, they are very welcoming to transgenders. Declaring that they are “a queer-affirming network,” BLM notes, “We are self-reflexive and do the work required to dismantle cisgender privilege and uplift black trans folk, especially black trans women who continue to be disproportionately impacted by trans antagonistic violence.”

While the language on their website sounds innocuous and uplifting (to some), in reality a great deal of violence is being done in their name. There have been several recent incidents of whites being targeted and beaten severely by gangs of blacks, who shouted out “Black Lives Matter” during the assaults. In one case, a young man was viciously attacked when he questioned a group of blacks who cut in front of him in line at a convenience store. We have also seen videos of elderly whites being cold-cocked while simply traveling on a sidewalk.

If Black Lives Matter simply focused on class, and not race, many poor and working-class people of all races would support them. Protesting nonsensical, undefinable “white supremacy” and “white privilege” instead of a rigged system that keeps 80% of Americans mired in economic instability ensures more division instead of reform. That seems to be the goal of those pulling BLM’s strings. 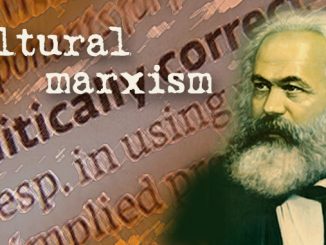 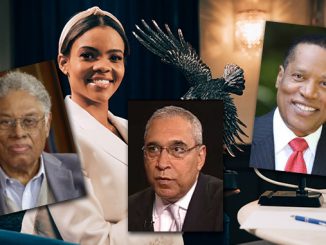