Two polls released in the past month show that trust in the so-called mainstream media is at historic lows among Americans. The Associated Press and the Knight Foundation released surveys in November and late October, both of which found that the majority of average folks believe that Big Media is overly partisan and regularly publishes fake news. Should we be surprised by their findings, considering what has been going on for the past year in this country?

In late October, Knight found, in a poll conducted by Gallup, that 31% of Americans have “very little” trust in national media and an additional 38% only have “some” trust. AP found similar results in a survey conducted around Thanksgiving, finding that 31% of respondents “rarely or never believe that media reports based on facts.” Another 53% said they “sometimes” don’t trust the media. Can we blame them?

For several years now, Big Media has been hyping the claim that President Donald Trump and his staff, while campaigning, conspired with Russia’s leader Vladimir Putin to steal the election from Democratic candidate Hillary Clinton. Throughout that time, major media outlets, despite having multi-million-dollar budgets, were completely dismissive of any contrary opinion that said, no, in fact, Trump and his staff never worked with Russia and simply won the election fair and square over Clinton, because Clinton, to this day, remains a terrible candidate, who is widely despised across the U.S.

Last April, special prosecutor Robert Mueller issued his report, having been tasked with uncovering the truth about Russiagate. Despite having dozens of FBI agents and prosecutors on staff, interviewing hundreds of witnesses, and issuing thousands of subpoenas, Mueller found zero evidence that Trump or anyone on his team conspired with Russia when it came to the election.

The findings were not just damning for the Democrats, who had claimed that Trump had to cheat in order to beat Clinton. They were also devastating to the credibility of Big Media, which had been telling the American people with the utmost certainty over and over and over again that there was concrete evidence Trump and his staff were part of a massive global conspiracy to undermine the integrity of U.S. elections.

And then there was the recent release of the Department of Justice inspector general’s (IG) report, which showed that the FBI had lied repeatedly to courts in order to get warrants to spy on the Trump campaign.

The IG’s findings were equally damning for Big Media, which had unquestioningly defended the FBI’s investigation, which was predicated almost entirely on an infamous dossier on Trump that was paid for by the Clinton presidential campaign, containing claims that have now been totally debunked.

Since Trump’s election in 2016, American Free Press has consistently provided readers with honest, fair, balanced coverage of Russiagate, providing credible information that questioned the veracity of claims made by both the Democrats and Big Media. We are encouraged by having received vindication by both the Mueller and IG reports.

As the impeachment process ramps up in 2020, we at AFP will remain committed to giving Americans the truth no matter where it takes us. While the credibility of Big Media continues to decline, ours stands untarnished. We are proud of our record, and grateful for our supporters who continue to make our work possible. As 2019 draws to a close, we hope you will consider including AFP in your year-end giving. 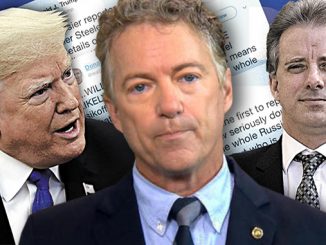