So much for “draining the swamp” … With every new appointment, President Trump’s supporters become more confused.

Of all President Donald Trump’s questionable cabinet selections, none was more puzzling than the choice to name veteran Bush insider William Barr as attorney general.

Barr served as attorney general during the administration of President George H.W. Bush. Referred to by columnist William Safire as “Cover-up General Barr,” he worked tirelessly to bury evidence linking Bush to the Iran-Contra scandal as well as to cover up the roles of other Reagan administration officials in arming the then-friendly American asset Iraqi leader Saddam Hussein.

Barr advised Bush to pardon not only former Defense Secretary Caspar Weinberger, but, in his own words, “about five others.” Bush took his advice on Christmas Eve to escape more scrutiny from the press. As The New York Times noted, “Mr. Weinberger was scheduled to stand trial on Jan. 5 on charges that he lied to Congress about his knowledge of the arms sales to Iran and efforts by other countries to help underwrite the Nicaraguan rebels, a case that was expected to focus on . . . private notes that contain references to Mr. Bush’s endorsement of the secret shipments to Iran.”

Perhaps Barr’s lowest moment came with his efforts to cover up the government’s atrocious actions at Ruby Ridge, Idaho. A wildly disproportionate reaction to a sawed-off shotgun charge, which resulted from an undercover agent incessantly pressuring Randy Weaver to make the barrel shorter, resulted in an armed assault on the Weaver family’s remote cabin on Aug. 21, 1992. Barr, who served as attorney general from 1991-93, was served with a 542-page report by his Justice Department, which detailed massive misconduct on the part of federal agents and recommended criminal charges against FBI officials involved. While Barr claimed not to have been directly involved in the Ruby Ridge fiasco, The Washington Post reported in 1995 that “top officials of the Bush Justice Department had at least 20 [phone] contacts concerning Ruby Ridge in the 24 hours before Vicki Weaver was shot,” which included two phone calls with Barr.

Law enforcement agents shot and killed Weaver’s 14-year-old son, and FBI sharpshooter Lon Horiuchi would later blow his wife Vicki’s head off as she held her infant daughter in her arms. In January 1995 FBI Director Louis Freeh predictably gave slaps on the wrist to FBI officials involved, including his friend Larry Potts, who had supervised the disastrous situation.

Barr told The New York Times that his friend Potts “was deliberate and careful, and I developed a great deal of confidence in his judgment . . . . I can’t think of enough good things to say about him.” Shortly after this, Potts was suspended by the FBI for perjury—although, predictably, no charges were brought against him, and he was permitted to enjoy his lucrative retirement at taxpayer expense.

When a jury eventually awarded the surviving Weaver family members a large financial settlement, it cost the Justice Department (read U.S. taxpayers) some $3 million to settle the wrongful death lawsuit. But Barr saw to it that FBI sniper Horiuchi was not punished, pleading with the court that it could “severely undermine, if not cripple, the ability of future attorneys general to rely on such specialized units in moments of crisis such as hostage taking and terrorist acts.” Upholding the verdict against the government’s appeal, federal Judge Alex Kozinski wrote: “A group of FBI agents formulated rules of engagement that permitted their colleagues to hide in the bushes and gun down men who posed no immediate threat. Such wartime rules are patently unconstitutional for a police action.”

Barr had, in fact, worked diligently, pro bono, in an effort to shield Horiuchi, the most obvious individual who should have been criminally prosecuted, from legal punishment. These efforts included organizing letters on his behalf and framing arguments for both the trial and the appeals process.

Given his lengthy history of serving the Deep State, it should come as little surprise that Barr has opted not to follow the Justice Department Inspector General’s (IG) recommendation to prosecute former FBI Director James Comey.

The IG Report charged: “We conclude that [Comey’s infamous] memos were official FBI records, rather than Comey’s personal documents. Accordingly, after his removal as FBI director, Comey violated applicable policies and his Employment Agreement by . . . releasing official FBI information and records to third parties without authorization; and by failing to immediately alert the FBI about his disclosures.”

The Justice Department has now authorized prosecutors to seek an indictment against former FBI Acting Director Andrew McCabe for lying to investigators. McCabe’s appeal was denied by Deputy Attorney General Jeffrey Rosen. If Barr actually follows through with this prosecution, it will be the first time he has gone against the Deep State in his long career. 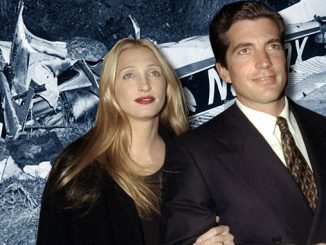