Unless we read the writing on the wall about the apparent health risks associated with the planned application of 5G technology to crops and animals, the field of agriculture could precipitously decline.

According to the November 2019 freedom-oriented Carotec Health Report (CHR),* published by Carotec Inc. of Naples, Fla., Marcin Sugak, the director of development at the Ericsson mobile phone corporation, “has a new toy to sell to agribusiness farmers,” consisting of a potential army of gadgets that would constantly scan crops and livestock while replacing field workers.

This “army” would run on the growing grid of 5G communications technology, which, critics in the U.S., UK, and elsewhere strongly contend, simply has not been objectively tested enough to fully determine the health risks of moving to this next generation of telecommunications.

According to the Ericsson corporation, as noted in CHR, farmers who enter this brave new world “will be able to look at their plants and animals from a completely ‘new perspective’ . . . . The lucky plants and animals will be surrounded by thousands of tiny gadgets that will transmit back to the farmer precise details of their state of health or sickness. However, what is not mentioned and understood is that these tiny gadgets will, in the process, shoot a steady stream of highpowered millimeter-wavelength microwave frequencies into the farmer’s best [livestock] and crops, precipitating them to sicken and die.”

The farmer, according to Sugak’s claims, would be able to monitor everything in real time, to determine precisely which part of his farm needs more or less water, agrichemicals, and fertilizer.

As if that isn’t enough, “this 5G agricultural technology will also be used to irradiate . . . food on its way to the super store, as part of the ‘quality control’ techniques that supermarkets like to boast about,” CHR noted, while adding that this network of 5G ag-gadgets would “supposedly be able to detect any problems that might show up in the food and alert the seller of such. But, one wonders, will it detect the problems it is causing the food by irradiating it in order to see if it has problems?”

“The germ and the seed could be rendered sterile, so they can only be eaten and cannot be sprouted,” laboratory naturopathic doctor “Johnny Delirious” of Texas, a nutritional specialist, responded, when contacted by this AFP writer about 5G farming. “The problem is the flavor is changed and the nutritional value is diminished when crops are subjected to 5G-type radiation. This changes the food’s color, so the food companies use additives to make the food products look and taste better after they’re irradiated. And then they have to artificially fortify the food item by putting nutrition back into it, such as bread. But that involves chemical-based ‘nutrition’ that’s not recognized by the body as well as when you eat today’s food products.”

“This is all part of a command and control scenario” Michigan organic farmer Robert Van Bemmelen added. “Just like they monitor home appliances [via smart meters] so they can micro-manage energy, the government wants to know how much, and what, farmers are growing. It’s just one more control mechanism. Somebody needs to explain why all this 5G is necessary. Electromagnetic frequencies cannot help but affect biological organisms and their cell structures.” 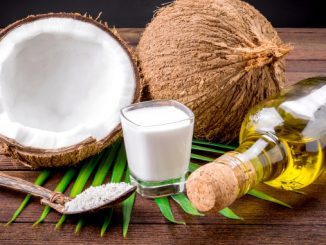