Russia responded to recent Israeli attacks on Syria by accusing Israel of responsibility for the loss of 15 Russian servicemen. Philip Giraldi cautions, “The downing of the Russian plane through Israeli contrivance created a situation that could easily have escalated into a war involving Moscow and Washington.”

The Russian Ministry of Defense has publicly accused Israel of being culpable for the downing of a Russian military aircraft in Syria on the evening of Monday, Sept. 17, resulting in the death of 15 Russian service members. The tragic international incident has received scant media coverage in the West but has many serious observers of Middle Eastern affairs wondering if Israel—blindly supported and financed by the United States—is on the verge of provoking WWIII with its blatant military aggression, utter disdain for international law, and outrageous arrogance.

The downed Russian aircraft, a Soviet-era Ilyushin IL-20 surveillance and control plane, was on a reconnaissance mission near the Idlib de-escalation zone in Syria on the evening of Sept. 17, when four Israeli F-16 fighter jets—compliments of the Pentagon—left Israeli airspace and flew over the Mediterranean Sea to carry out an unprovoked attack on various Syrian targets, essentially using the larger Russian aircraft as cover for their assault.

In yet another blatant and criminal act of military aggression against her neighbors in the region, the Israeli F-16s launched several precision-guided missiles at a number of industrial and military targets in the western Syrian province of Latakia, warning their Russian counterparts less than one minute prior to launching the illegal and extremely risky attack. Russian military commanders immediately ordered the IL-20 back to the Khmeimim air base, but Syrian air defense systems mistakenly targeted the Russian aircraft and its 15 crew members, which the Russians have argued the Israelis were using as cover for their attack on Syrian targets.

“The Israeli jets saw the Russian Ilyushin IL-20 and used it as a shield against the anti-aircraft missiles, while they carried on maneuvering in the region,” Major General Igor Konashenkov, a spokesman for the Russian Ministry of Defense, stated in the aftermath of the incident.

“We believe that the blame for the Russian IL-20 aircraft tragedy lies entirely with the Israeli Air Force,” Konashenkov continued. “The military leadership of Israel either has no appreciation for the level of relations with Russia or has no control over individual commands or commanding officers who understood that their actions would lead to tragedy.”

Ultimately the “misleading information” provided just moments before the attack on Syrian targets by the Israeli F-16s “did not allow the Russian IL-20 airplane to move timely to a safe area,” the Russians concluded.

“This is an extremely ungrateful response to all that has been done by the Russian Federation for Israel and the Israeli people recently,” Konashenkov lamented.

The incident has soured relations between Israel and Russia and has prompted the Russian government to provide upgrades to the Syrian air defense system, further strengthening military and political ties between the embattled Syrian government of Bashar al-Assad, a major nemesis in the eyes of the Israelis and their sympathizers in Washington, D.C., and Vladimir Putin’s Russia.

Earlier this week, Russia announced it had transferred new anti-aircraft missiles to Syria, including four S-300 launchers, a sophisticated anti-aircraft missile system that will “significantly increase the Syrian army’s capabilities,” according to the Russian military. In a telephone conversation late last month with Benjamin Netanyahu, the Israeli prime minister, Russian President Vladimir Putin emphasized that “the actions of the Israeli Air Force were the main cause” of the downing of the Russian aircraft, and that “Russia’s decisions to bolster the combat capabilities of Syrian air defenses are appropriate at this juncture and primarily intended to thwart any potential threat to the lives of the Russian military service members fulfilling the tasks of combating international terrorism,” the Kremlin stated.

In the wake of the tragic incident, many are concerned about a potential escalation of conflict in the region and the possibility of a broader war involving major superpowers—Russia and the United States—breaking out due to the risky and criminal actions of the Israelis.

“Israel does risky things like attacking its neighbors because it knows it will pay no price due to Washington’s support,” Philip Giraldi, executive director of the Council for the National Interest, recently argued in an op-ed released just after the tragedy. “The downing of the Russian plane through Israeli contrivance created a situation that could easily have escalated into a war involving Moscow and Washington.” 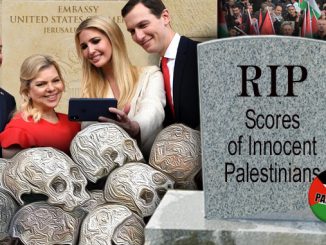