A new bill passed by the House goes a long way to returning the federal government back to its constitutional mandate by no longer forcing Americans to subsidize abortion and birth control. There is nothing in the Constitution that gives Washington the authority to use taxpayers’ dollars to help pay for medical treatments in the U.S. or abroad.

Last month marked 44 years since the Supreme Court’s Roe v. Wade decision declaring a constitutional right to abortion. Roe remains one of the Supreme Court’s most controversial decisions. Even some progressive legal theorists who favor legalized abortion have criticized Roe for judicial overreach and faulty reasoning. 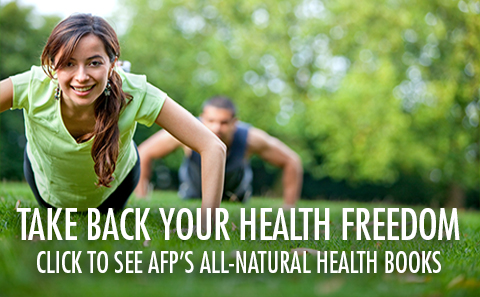 Throughout my medical and political careers, I have opposed abortion. I believe abortion is the killing of an innocent human life and, thus, violates the non-aggression principle that is the basis of libertarianism. Unfortunately, many libertarians, including some of my close allies, support legalized abortion. These pro-abortion libertarians make a serious philosophical error that undermines the libertarian cause. If the least accountable branch of government can unilaterally deny protection of the right to life to an entire class of persons, then none of our rights are safe.

While I oppose abortion, I also oppose federal laws imposing a nationwide ban on abortion. The federal government has no authority to legalize, outlaw, regulate, or fund abortion. Instead of further nationalizing abortion, pro-life Americas should advocate legislation ending federal involvement in abortion by restoring authority over abortion to the states.

Congress should also end all taxpayer funding of abortion and repeal Obamacare’s abortion mandates, along with the rest of Obamacare. Forcing pro-life Americans to subsidize what they believe to be murder is, to paraphrase Thomas Jefferson, “sinful and tyrannical.” That is why I was glad that one of the first actions of the new House of Representatives was to pass legislation ending all taxpayer support for abortion. Hopefully, the bill will soon pass in the Senate and be signed into law by President Donald Trump. Congress should follow this action by passing legislation allowing antiwar taxpayers to opt out of funding the military-industrial complex as well.

Opposing the mandates because they violate the religious liberty of a few, instead of the property rights of all, means implicitly accepting the legitimacy of government mandates as long as special exemptions are granted for certain groups of people from certain groups of mandates.

President Trump has already protected pro-life taxpayers (and unborn children) by reinstating President Ronald Reagan’s Mexico City policy. The Mexico City policy forbids U.S. taxpayer money from being used to support any international organization that performs abortions or promotes abortions. Using taxpayer money to perform and promote abortions overseas is not only unconstitutional and immoral, it also increases resentment of the U.S. government. Unfortunately, as shown by the recent Yemen drone strikes, President Trump is unlikely to substantially change our militaristic foreign policy, which is responsible for the deaths of many innocent men, women, and children.

Ending taxpayer support for abortion is an important step toward restoring limited, constitutional government that respects the rights of all. However, those who oppose abortion must recognize that the pro-life cause’s path to victory will not come through politics. Instead, pro-lifers must focus on building a culture of life through continued education and, among other things, support for crisis pregnancy centers. These centers, along with scientific advances like ultrasound, are doing more to end abortion than any politician. Anti-abortion activists must also embrace a consistent ethic of life by opposing foreign policy militarism and the death penalty.

Dr. Ron Paul is medical doctor and a former U.S. congressman from Texas. He now runs the Ron Paul Institute for Peace and Prosperity.