Impossible to judge his presidency fairly until anti-Trump hatred fades.

The moment a president waves his last goodbye from atop the steps of Marine One, his legacy, for better or for worse, is left to the working historians and political scientists that populate the halls of academia and the sets of C-SPAN. To say history is placed in their capable hands may be an exaggeration, as historians have shown too often that their own ability to differentiate between the good, the bad, and the ugly of presidential performance is marginal at best and wholly partisan at worst. When President Donald Trump leaves office, he, too, will be assessed by the same historians.

The idea of having historians rank presidents originated in the post-World War II era as interest in American history was accelerated by postwar optimism. Historian Arthur Schlesinger Sr. (whose son and namesake was a famous John F. Kennedy historian, himself), conducted the first of such polls in 1948. The senior Schlesinger conducted another such poll 15 years later, in 1962, this time a larger survey that included 75 leading historians. In both the 1948 and 1962 polls, the top seven remained the same: Abraham Lincoln, George Washington, Franklin Delano Roosevelt (FDR), Woodrow Wilson, Thomas Jefferson, Andrew Jackson, and Teddy Roosevelt. At the time, there was some sign that these rankings were fluid, as James Monroe dropped from 12th to 18th.

Until C-SPAN informally took over the polling in 2000, the most respected poll among college lecturers was the Murray-Blessing survey of 1982. Of the 2,000 historians who received the poll, 836 returned it. Their responses were used to rank the presidents. Many of the polls after Schlesinger have retained his final ranking categorizations out of respect and tradition: great, near great, above average, average, below average, and failure. In Murray-Blessing, Washington had fallen to the third slot with FDR rising to number two.

There were constants from 1948 throughout the 1980s, and they were not only at the top. Ulysses S. Grant, Warren G. Harding, and James Buchanan were consistently ranked as “failures.” Richard Nixon was not rated well throughout the 1980s and 1990s, either. Having been the only president to resign, he was a mainstay of the bottom five. However, that created what is now known as “the Nixon problem.” It, too, will apply to the Trump assessment, and it will apply even more contentiously than it did with Nixon.

Historian James MacGregor Burns once said of ranking Nixon, “How can one evaluate such an idiosyncratic president, so brilliant and so morally lacking?” It’s a good question that pollsters hope would be resolved by asking the historians to rate or rank presidents in more specific categories than overall performance. C-SPAN today uses 10 categories: public persuasion, crisis leadership, economic management, moral authority, international relations, administrative skills, relations with Congress, vision/setting an agenda, pursued equal justice for all, and performance within the context of his times. The categories are weighted equally, though not all categories were equal in the context of their time. Responding to the crisis of 9/11 or of the Great Depression was a more important crisis-response task than, for example, a Bill Clinton or a Calvin Coolidge ever faced.

The surveys can also be limited by a historian’s own knowledge. While the assembled respondents are considered an all-star team of living historians and political scientists, how much do they know about Ronald Reagan compared to a president like John Tyler or Chester Arthur? The 2000 Wall Street Journal survey attempted to rectify the demographic bias that had been present since the inception of Schlesinger’s polls. Until 2000, the respondents had been overwhelmingly (and sometimes wholly) Northeastern, white, male, middle-aged, and liberal. Today, they are more diverse in each of those areas.

The last survey conducted was done by Siena College in 2018, and the results contained some items of interest. Dwight Eisenhower has made an incredible climb from number 21 in 1962 to number 6 in 2018. Wilson is slowly descending, decade-by-decade, originally in 4th place and now landing in 11th. Grant has seen the most storied rise, moving from a “failure” in the bottom three to the middle of the pack at number 24. Considering the striking failures of the era in which we have all lived, the modern presidents have ranked remarkably well. JFK stands at number 10, Reagan is 13, Clinton is 15, Obama is 17, and George H.W. Bush is 21. Jimmy Carter (26), Gerald Ford (27), and George W. Bush (33) all rank lower, though it is a valid prediction to make that Carter will see a precipitous rise in the next survey, due to the release of a few newer, more positive assessments of his presidency.

While discussing the next survey with historian Harold Holzer for this writer’s “Midnight Writer News Show,” Holzer predicted that his fellow historians will rank Mr. Trump at or below the level of the perennial cellar-dweller James Buchanan. Holzer speculated whether this was fair and used the cases of Grant and Nixon to emphasize that there is no permanence to these things. While Nixon spent the 1980s and 1990s stuck in the bottom five “failure” presidents, by 2011 he had risen to number 23 (out of 40, since many of the surveys don’t include William Henry Harrison or James Garfield, both of whom spent little time in office). If Nixon can be rehabilitated by time and perspective—letting history run its course, so to speak—why couldn’t the same happen to Donald Trump?

Until Covid-19, the economy had done well, Mr. Trump had kept America out of any new wars and had actively called for an end to others, he had tried to maintain positive foreign relations with some of the world’s most difficult leaders, and he maintained an unprecedented level of popularity with his base. Historians will not judge him kindly for what they perceive was a late and inappropriate reaction to both Covid-19 and the police actions that ignited Black Lives Matter protests. His cabinet and top White House positions have also entered and exited through a constantly revolving door of appointees, firings, and resignations. His relationship with the mainstream media has been historically poor (arguably for valid reasons), and his congressional relations have been strained at best. Mr. Trump, like any president, has enough good, bad, and ugly to fill a spaghetti western. Time will decide which of those will matter most to the academicians who are asked to judge.

Any knee-jerk ranking of President Trump (positively or negatively) is unjustified at this point. History must be allowed to happen. It must play out over time. Actions have consequences, and those may not be discernable for years. Any valid ranking of the Trump presidency

should not be considered until at least 2030 and maybe 2040. In the immediate, we can also argue that any unbiased ranking isn’t valid until the MAGA hats get lost in the closets of his most fervent supporters—and until his most intense critics cease foaming at the mouth with hate. After all, these are historical rankings, not emotional ones.

Trump vs. the Deep State in Syria: Envoy Lied About Troop Strengths 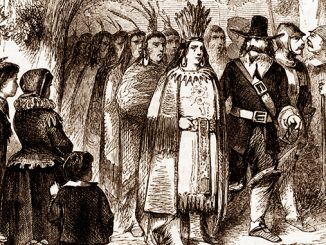