Day after day, it seems, this popular, unattributed quote becomes more appropriate. . . . “If you’re not outraged, you’re not paying attention.”

First they came for the “fringe, radical right” and the so-called “haters.” Now they’re coming for anyone who is simply politically incorrect. Who will be left if you don’t take a stand today?

Will all politically incorrect publications be railroaded out of business? Let’s be honest: That is the true goal of those behind this outrageous assault on the independent media and American Free Press in particular. And it is a concerted effort involving the wealthiest corporations on the planet and the most powerful, well-funded pressure groups. It is a direct attack upon the very principles on which our nation was founded.

Understand, what the powers that be are doing makes any alleged book burnings in all of history pale in comparison.

And that’s no exaggeration.

On June 22, when AFP staffers checked the orders first thing in the morning, they noticed something was strange. The online credit charges beginning at midnight had all come back as unsettled. A “general error” was listed as the reason for the processing problem.

After calling AFP’s merchant service provider, the company that processes our credit cards, we were told in no uncertain terms that our account had been closed.

“The risk department sent over the closure notice yesterday afternoon,” said “Jacob,” the poor guy from Colorado who was being paid close to minimum wage by an answering service to field the phone calls. “I guess it went through at midnight.”

In 2013, AFP had set up an account with USB Payment Services, a merchant service provider based out of Baltimore, Md., for the sole reason that we preferred to do business with an independent company that was not beholden to shareholders at some mega-bank. For four years, that company took a percentage in “fees” of all of the credit card sales that AFP made.

A few months ago, however, USB was bought out by banking giant Wells Fargo.

And with no phone call, letter, or email, someone at Wells Fargo just decided to cancel AFP’s credit card processing account, and they were not even going to tell us about it.

Doing business with banks is bad enough, but in 2017 you unfortunately have to hold your nose and do it if you want to make it easy for your supporters to help fund your organization.

The truth is, we knew it was only a matter of time before it happened to us. Already, more controversial publications and organizations had lost their merchant and PayPal accounts. So far, AFP’s PayPal account is still active, but we’re not holding our breath in anticipation of what’s to come.

Despite the fact that Wells Fargo does business in countries that jail and kill religious heretics, gays, and political dissidents, selling books that tackle important topics like race and war from a truly conservative and politically incorrect perspective was apparently too much for them.

AFP is in the process of contacting other merchant service providers so we can get back up and running. However, we ask, until further notice, that you

And please take a moment to send in a donation to help keep us going as well.

There are no ifs, ands, or buts about it. The big banks, radical pressure groups, and the entrenched establishment are working together, day and night, to crush free speech and free thought in this country—and across the world.

Take a stand today to support the First Amendment by helping AFP. But remember: cash, checks, and money orders only! 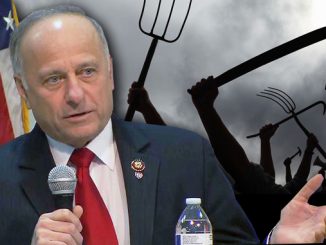