Obama holdovers and backstabbers must be jettisoned from the White House.

Perhaps the strangest aspect of the Donald Trump presidency is his curious appointment of former opponents to every key position in his administration. Nowhere has this been more obvious than in his Justice Department.

The prosecutions of Roger Stone, Paul Manafort, and Michael Flynn have come at the hands of the Trump Justice Department, now presided over by long-time Deep State insider William Barr, not the Obama Justice Department. This same Barr-led Justice Department has opted not to prosecute the likes of Hillary Clinton, James Comey, and Andrew McCabe.

Many have pointed to former Deputy Attorney General Rod Rosenstein as a key figure here. Watchdog group Judicial Watch recently announced that it had obtained nearly 400 pages of documents that reveal Rosenstein communicating with former Attorney General Eric Holder and other Obama officials, including sharing information with the corporate-controlled media at the time the Robert Mueller “Russiagate” investigation was beginning, in May 2017. One email released reveals Rosenstein being asked to call Eric Holder. U.S. Attorney John Huber, who was appointed by Barack Obama in 2015, was recorded in the documents as telling Rosenstein, “Rod, we’re proud of you” on May 16, 2017. The next day, Rosenstein selected Mueller as special counsel. Later in 2017, Huber would be chosen by Trump’s first attorney general, Jeff Sessions, to lead an investigation into the Clinton Foundation.

The information released also exposes the cozy relationship between Rosenstein and Washington Post reporter Sari Horwitz, including a number of off-the-record phone calls and incestuous information sharing with the Department of Justice press office. This included petty complaints from Horwitz about DOJ spokesperson Sarah Isgur Flores calling one of the Post’s stories “bull [excrement].” In that case, the assistant attorney general assured the reporter, “I will talk to Sarah.” In a May 18, 2017 email from Horwitz to Rosenstein, featuring a subject line that read, “Urgent,” the reporter wanted to know, “The Washington Post has been told by very good sources that President Trump is now a focus of the FBI investigation. Can I please talk to you as soon as possible on deep background?”

After his appointment of long-time establishment favorite Mueller, Rosenstein was besieged with laudatory emails from former Obama officials. On May 12, 2017, Obama’s Special Counsel Jonathan Su wrote, “Hi Rod: I know there’s a lot going on right now, but I wanted to send you a note of support. If there’s anything I can do to be of help, please let me know. Hope you hang in there.” The following day, Obama White House Deputy Associate Counsel Mike Leotta sent Rosenstein an email headed “Thinking of you and your family,” which noted, “I hope you’re hanging in there, [redacted] despite all the press attention, attacks, and contradictory claims.”

The documents also included an email from Rosenstein to future Supreme Court Justice Brett Kavanaugh (who had led the cover up of Vince Foster’s death for special counsel Kenneth Starr), asking for Judge John D. Bates’s cell phone number. Bates had notably served as deputy independent counsel during the half-hearted investigation into the Clintons’ Whitewater shenanigans in the 1990s. Bates would subsequently congratulate Rosenstein in an email headed “Great move.” Obama’s Deputy Attorney General James Cole emailed his support as well, telling Rosenstein, “You have the right approach. I always found that if you concentrated on doing your job (protecting the Constitution) your reputation takes care of itself.”

Rosenstein reached out to Obama Principal Deputy Solicitor General Neal Katyal who was notably Al Gore’s co-counsel in the 2000 presidential election fiasco. Katyal, revealing clearly just where his sympathies lie, is the author of the recently published book Impeach: The Case Against Donald Trump. In the words of Judicial Watch President Tom Fitton, “These astonishing emails show that Rod Rosenstein had many Obama/Clinton and media friends supporting him around the time he infamously appointed Robert Mueller.”

In an earlier lawsuit, Judicial Watch obtained Department of Justice records disclosing that officials within the DOJ and FBI considered invoking the 25th Amendment in order to remove President Trump from office, and that Rosenstein had volunteered to wear a “wire” to record his conversations with the president. In a May 16, 2017 memo, then-Acting FBI Director Andrew McCabe described how Rosenstein could wear a wire into the Oval Office “to collect additional evidence on the president’s true intentions.” McCabe explained that Rosenstein thought it was possible because “he was not searched when he entered the White House.”

The recent dismissal by Trump of National Security Council staffer Lt. Col. Alexander Vindman may indicate that, at long last, he is beginning to purge his administration of the countless officials left over from the Obama years. The questions are: Will this be too little, too late, and will the president stay true to his incomprehensible pattern of appointing new, dubious replacements?

Many of Trump’s Policies Will Endure 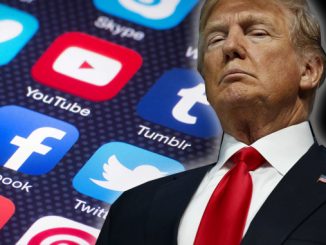