How did the American people become the most incarcerated in the world? And why is prison reform so far down the list of important issues for Americans?

American jails and prisons house more inmates than were held inside Joseph Stalin’s notorious gulag system at the height of its use. Whether you look at it in total population (America surpassed the gulags in 2012, and the total number of incarcerated still exceeds Stalin’s worst days) or per capita (as of Jan. 1, 2008, one out of 100 American adults were in prison or jail compared to 0.8 out of 100 Russian adults in Stalin’s gulags), America continues to be the world’s leader in the caging of human beings as an acceptable and popular form of punishment.

There has been a very recent push for prison reform, especially by Midwestern Republicans in states like Ohio. Prison reform is one issue on which the far right has bonded with the far left, both led by the libertarians, who have long argued for massive reform and less incarceration.

There is a debate over just who is locked up, and it’s a debate with no winner or loser, depending on which set of demographics are used. Are most inmates locked up for nonviolent drug offenses, or people “stopped with a dime bag,” as Rep. Alexandria Ocasio-Cortez (D-N.Y.) called them? The answer is both no and yes.

In a recent Washington Post column, John Piaff, a law professor at Fordham University, pointed out that in state prisons, 55% are behind bars for violent crimes compared to 15% being caged for drug offenses. While true, state prisoners make up two-thirds of the incarcerated in America. One-third of those locked up today are in city and county facilities (“jails” as opposed to “prisons,” in the corrections vernacular).

Has the War on Drugs, 48 years after the phrase was popularized by President Richard Nixon, been effective against the illegal drug industry, or has it simply created a system of “corrections” larger and more destructive than it has ever been?

Part of the problem with incarceration has been that it is a popular political issue. From both sides of the political aisle, the politics of fear are effective, especially in the South and states like Florida and Arizona, where the elderly are a vital part of the population, and rates of incarceration are highest among U.S. states. Increased imprisonment is offered by politicians as a solution to fear, real and politically contrived.

Coinciding with the rise in incarceration has been the rise of the prison abolition movement, which seeks to end most systems of incarceration. The abolition movement does not seek to just unlock the cages and let everyone go free; rather, it aggressively continues to push for other alternatives as the first steps to confronting destructive behavior. Rather than jails and prisons being a first step of the corrections process, and in many cases the only step, they believe that there can be more family-oriented and community-involved efforts to resolve the underlying issues that push many to offend.

Multiple factors, such as mandatory sentencing, perpetuate the level of growth in incarceration. There are also many structural problems in our justice system. There is an exorbitant amount of legislation that over-constricts American behavior, and there is an acceptance, due to centuries of history, that incarceration is in some immediate way a necessity. There is, of course, no one right answer. Not right now. But this is something that never changes unless Americans first acknowledge that a problem exists.

Then again, all forms of crime, including violence, are at historic lows. Criminal justice experts, however, are not sure whether this is the result of locking up the bad guys or because the U.S. has grown so wealthy that even the poor, which make up most of the criminals in society, live reasonably comfortable lives today and have a lot to lose should they choose a life of crime.

The next time we think that a country like China or Russia or Thailand is a place where the smallest infraction will lead you to lifelong imprisonment, we should take note that the truest culprit is the one standing in the geopolitical mirror. 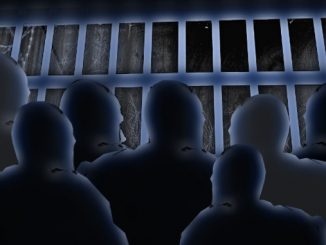 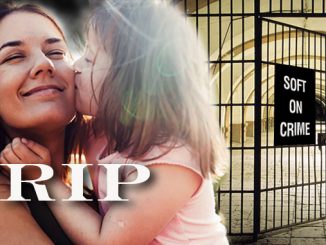