In a time of national crisis and an era when the moral fabric of the nation is being tested and parsed, recognizing political, social, and religious hypocrisy is vital to understanding the true motivations of those guiding policy and narrative in the country.

Lori Lightfoot, the mayor of Chicago, the country’s third-largest city, has called upon city police—which are not her personal police force—to protect her home after “peaceful protesters” finally showed up there. Chicagoans pointed out the hypocrisy, wondering why she won’t allow police to protect their neighborhoods, businesses, and homes against the rioters and looters that have paraded around the Windy City nightly. In many instances, the police have not been able to protect their own health and safety, yet the safety of Lightfoot’s luxurious home has been paramount to restoring order in Chicago.

“Given the threats that I have personally received,” Lightfoot told reporters, “given the threats to my home and my family, I’m gonna do everything to make sure that they are protected. I make no apologies whatsoever for that. . . . We have a right in our home to live in peace.”

Fraternal Order of Police President John Catanzara confirmed that at times there have been as many as 140 police officers guarding Lightfoot’s home. “I [understand] the family safety [concern],” Catanzara said, “but you picked this job. That’s what you knew was part of the program when you signed up. What about all of the officers who are getting projectiles thrown at ’em, fireworks shot at ’em? It’s the do-as-I-say-not-as-I-do mentality.” So, while Lightfoot appears to be doing little or nothing to protect the safety of Chicagoans, she demands a safe environment for herself.

In New York City, newspapers have called Mayor Bill de Blasio the “Imperial Hypocrite.” De Blasio has said that having children at parks is a violation of the city’s Covid-19 restrictions, yet he has allowed unchecked protests that violate New York City’s strict protest rules that require permits and disallow the blocking of roadways. He and his wife Chirlane McCray were also caught going to Prospect Park in Brooklyn (11 miles from his home) in defiance of his own stay-at-home orders. De Blasio has long been an environmental hypocrite, taking a two-SUV caravan to his gym five days a week as he urges New Yorkers to worry about carbon emissions.

In California, members of a group known as the California Liberation Collective chained themselves to a fence outside the home of Gov. Gavin Newsom to protest the increasing number of deaths at prisons in the San Francisco Bay Area. Newsom has actively maintained the value of California’s moratorium on executions, though the activist group says this is hypocrisy if he does so but at the same time allows “black and brown people” to die in record numbers inside California’s state prisons. And despite being a state that wears its multicultural progressivism on its sleeve like a battle flag, the poverty rate among its African- Americans is 6% higher than the national average and among Latinos is 12% higher than the national average. Because Kamala Harris supported tough-on-crime legislation as California’s attorney general, California also has one of the highest minority incarceration rates in the nation. We should all look hesitantly at Newsom and Harris when they claim that black lives matter. That’s a hard case to make today in progressive California.

As the rioters continue to burn and loot a number of America’s major cities, destroying property that has no link to police or police brutality, the Democratic National Committee sought to include former President Bill Clinton in its convention.

The Democratic Party has continually complained that President Donald Trump is a disgraced president, having been impeached. Their most fervent attacks include charges that Trump has been crude and abusive with women, that he has been insensitive toward the causes and plight of black Americans, and that he has been destructive abroad. Clinton, however, was the former president who was accused of rape by Juanita Broaddrick, perjured himself about his sexual harassment with Paula Jones, and lied about his role in recorded phone conversations with his extra-marital girlfriend Gennifer Flowers.

Clinton was one of Jeffrey Epstein’s most frequent fliers on the “Lolita Express” and he used his wife to silence those women who reported sexual abuse by her husband. Clinton was also the champion of the 1994 Crime Bill, which incarcerated more African-Americans than any presidential act in history. The era of mass incarceration that we have today began under the Clinton administration. Yet, Generation Cancel has refused to cancel the 20th century’s only impeached president, the “Teflon Don Juan,” Bill Clinton, who was allowed to speak at this year’s Democratic National Convention on Aug. 18.

And we cannot forget the crushing lockdown of U.S. citizens, which has been destroying small businesses around the country. American Free Press covered the devastation in a front-page article in issue 33 & 34 by writer Don Jeffries.

The novel coronavirus is so virulent, so contagious, so horrible, they told us, that Americans were compelled by government decree to shutter their businesses and bar employees from being able to show up to work, in an effort to stop the spread of Covid-19. These same Democrat officials, however, were perfectly okay when hundreds of thousands of people took to the streets—some of whom were not wearing masks or social distancing—to protest wildly exaggerated claims that U.S. police officers have been murdering huge numbers of unarmed, young black males.

In New York City, for instance, reports surfaced that Mayor de Blasio told individuals tasked with tracking the spread of Covid-19 not to ask infected people if they had attended any of the protests that tore through the city in July. We still do not know whether the massive protests were “super-spreader” events because of de Blasio’s hypocrisy.

Note that when New York City became the U.S. hot spot for the virus, de Blasio was out in front, enforcing strict regulations that shut down almost the entire city. All public places were closed, and residents of the city were ordered to shelter in place and only go out if they absolutely had to. De Blasio even set up a special police hotline so New Yorkers could snitch on neighbors, who might not be following the rules—except protesters.

In Michigan, Gov. Gretchen Whitmer decided what businesses and which employees were “essential” and which were not. While she threatened to lock up anybody who defied her stay-at-home and lockdown orders—even banning Michiganers from traveling inside the state to summer houses to escape heavily infected Covid “hotspots” in urban centers—her husband was caught driving over 120 miles away to have the family boat placed in the water “before Memorial Day.” He got caught trying to pull rank on the marina owner by mentioning he was the governor’s husband. Whitmer tried to pretend it was all a joke. It wasn’t funny to the citizens of Michigan, many of whose businesses will never reopen due to Whitmer’s actions.

And then there is the now-infamous story of UK public health official Neil Ferguson, the scientist who is credited with helping to shape Britain’s severe Covid-19 lockdown measures. Ferguson and his colleagues at Imperial College were the ones who issued a report on March 16 arguing that Britain should expect 250,000 deaths from the virus if the country did not take extreme measures immediately. The next day, British Prime Minister Boris Johnson ordered businesses closed and told UK citizens to work from home.

In early May, Ferguson was forced to resign from his job at Imperial College after it was disclosed that Ferguson had an affair with a married woman at the height of the pandemic, welcoming her into his home multiple times while advising the rest of England that they should shelter at home and severely limit their contact with people. During the second visit, Ferguson invited the woman over reportedly despite the fact that she told him she believed her husband may have Covid-19.

At least Ferguson has the integrity to recognize his hypocrisy and apologize for it, saying in a public statement, “I deeply regret any undermining of the clear messages around the continued need for social distancing to control this devastating epidemic,” before adding that he “made an error of judgment and took the wrong course of action.”

The year 2020 has been challenging to everyone. The year has been one long attack on the shoulders of the country, as each and every person struggles to adapt to new lifestyles beset by new challenges. It is in these times when leadership—political, cultural, and religious—is most valuable. What can a nation expect, then, when its leaders exhibit the worst behaviors rather than the best, when they demand orders be followed, yet create no reasons for following them? A low-key depression begins to set in like a slow-moving storm. In years like these, when the media darlings are the kings and queens of hypocrisy, the best inspiration may come from within. 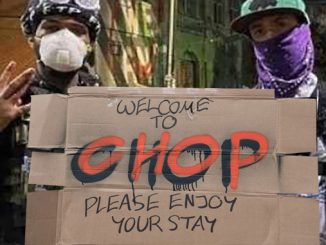