Apprehensions on the southern border fell for the fourth consecutive month to 52,546 in September from a peak of 144,116 in May, a 63.5% drop, reflecting a major slowdown in migration according to the latest data from Customs and Border Patrol—and it all proves that President Donald Trump’s tariffs are working.

The decline came after the June 7 deal between Trump and Mexican President Andres Manuel Lopez Obrador, which avoided Trump’s threatened tariffs. These would have gone live on May 30, starting at 5% on June 10, then 10% on July 1, and then up to 25% by October.

At the time, Trump wrote on Twitter: “On June 10, the United States will impose a 5% tariff on all goods coming into our country from Mexico, until such time as illegal migrants coming through Mexico, and into our country stop. The tariff will gradually increase until the illegal immigration problem is remedied . . . at which time the tariffs will be removed. Details from the White House to follow.”

Then the deal was cut days later, which included a Mexican military deployment to interdict the incoming migrant caravan from Central America, as well as provision for asylum seekers to wait out pending hearings in Mexico without being allowed to cross into the U.S.

According to the text of the joint agreement: “Mexico will take unprecedented steps to increase enforcement to curb irregular migration, to include the deployment of its National Guard throughout Mexico, giving priority to its southern border. Mexico is also taking decisive action to dismantle human smuggling and trafficking organizations as well as their illicit financial and transportation networks.”

In addition, the U.S. has expanded the Migrant Protection Protocols. Per the agreement, “those crossing the U.S. southern border to seek asylum will be rapidly returned to Mexico where they may await the adjudication of their asylum claims . . . [and] Mexico will authorize the entrance of all of those individuals for humanitarian reasons, in compliance with its international obligations, while they await the adjudication of their asylum claims.”

If the agreement in itself immediately proved that Trump could negotiate such an agreement, and that Mexico was willing to participate given the proper inducements, it is the substantial downturn in migration now that shows that it might be sticking.

Critics at the time said it couldn’t be done.

At the time, The Wall Street Journal editorial board on May 31 had predicted, “The first problem here is that Mr. Trump is blaming Mexico for a mess it can’t solve. . . . Perhaps it could better control its border with Guatemala, but the caravans north are often led by gangs that know how to bribe or avoid police.”

The Council on Foreign Relations on June 5 stated, “President Andres Manuel Lopez Obrador of Mexico can’t staunch the flow of people from his neighbors to the south.” But that was wrong. Way wrong. Apparently, Mexico could do a lot more than it was letting on, including by deploying its military and enforcing agreements to protect asylum seekers.

And all it took was a little pressure from Trump, who had already shown that he was willing to wield tariffs against the much larger Chinese economy. They took him to heart, and now the number of migrants is plummeting.

Robert Romano is the vice president of Public Policy at Americans for Limited Government. 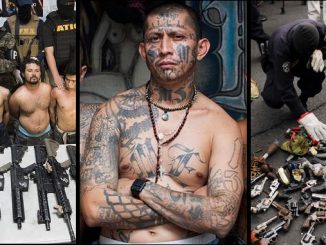 Who Is this MS-13 Gang the Media and Democrats Are Defending? 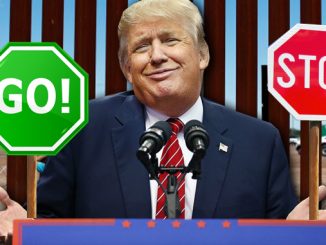