Are we and North Korea being set up for a false-flag attack on U.S. soil? History has shown any time multiple federal agencies, military commands and Federal Emergency Management Agency get together to conduct an exercise we should pay attention and beware.

What do the Departments of Energy and Defense, Domestic Nuclear Detection Office, Federal Bureau of Investigation, Federal Emergency Management Agency (FEMA), and Northern Command (NORTHCOM) have in common with the offices of emergency management in the states of New York and New Jersey and the city of New York? Answer: Operation Gotham Shield 2017, a full-scale exercise (FSE) to test federal, state, and local abilities to respond to a nuclear explosion. The long-planned event took place from April 18 to May 5 and was the cause of widespread concern over a possible “false-flag” disaster to be initiated by the federal government or the “deep state.”

While Gotham Shield focused in and around New York City, it also included emergency management exercises in Washington, D.C., Pennsylvania, and Connecticut. Some sources claimed it was only a “table-top” exercise, but “crisis actors” and private-sector medical personnel participated with all levels of government and military officials in the long-planned event, proving it was indeed a FSE.

While FEMA, under the Department of Homeland Security, apparently led Gotham Shield, a number of other military and civilian exercises and events strangely coincided with the drill. This unusual conjunction, which was seen before or concurrent with the events of Sept. 11, 2001, the Boston Marathon bombing, the Sandy Hook school shooting, and other supposed terror events, rapidly raised concerns internationally, including, for once, in a few mainstream media outlets, including “The Drudge Report” and Britain’s Daily Mail.

This journalistic exposure caused consternation among various Gotham Shield participants—who then made their previously public announcements “disappear”—and may have kept the exercise from “going live,” in the sense of a real nuclear detonation. If so, this is good, since the program was premised on the detonation of a ten-kiloton improvised nuclear device, either in the west end of the New York-New Jersey Lincoln Tunnel, near Weehawken, N.J., or in the air above that location. In all, four nuclear bombs—apparently fictitious, although the official description strangely does not specify—figured in Gotham Shield’s program.

If a nuclear blast of that magnitude were really to occur at Weehawken, it was projected that more than 13,000 would die and 130,000 would be injured—numbers many experts consider too low, given the area’s high population density.

New York radio and Internet Superstation 95 even obtained and published maps and charts showing the predicted range of damage and number of casualties from a nuclear explosion of the type just described. Because the station is within the impact range, its report authors were more than a bit unnerved.

Another exercise under the Gotham Shield umbrella involved America’s amateur (ham) radio operators and the U.S. Army MARS radio messaging system. It is believed that high shortwave radio frequency bands have the best possibility of maintaining communications following a nuclear detonation and the consequent electromagnetic pulse (EMP), although no one explained how the broadcasting equipment will be shielded from EMP damage.*

In the Sept. 10, 2012 edition of American Free Press, writer Dave Gahary addressed this issue in an interview with Dr. Peter Vincent Pry, the executive director of the Task Force on National and Homeland Security. Pry’s group was set up by Congress with a mandate to “provide technical, operational policy advice and legislative help to Congress” to get the nation protected against a catastrophic EMP.

And what about the simultaneous electrical blackouts in three major U.S. cities shortly before the main Gotham Shield events of April 24-26? They fell during the broader exercise date range, yet the lamestream media were almost uninterested in learning the cause. If not actual terror activities, were they part of Gotham Shield, and, if so, what does that say about the federal government’s willingness to create chaos and mayhem among its own people?

As of this writing, no actual nuclear event has occurred, and one may hope that Gotham Shield and the other exercises were just that. But given the current world situation and the federal government’s established history of false-flag terror operations to justify the growing police state at home and massive wars of aggression overseas, a real nuclear event easily could occur soon.

SC3, a major contractor for the military-industrial- intelligence complex, for example, continues to advertise for crisis actors for Washington, D.C. and for “surveillance actors” with secret security clearances for work in Newport News, Va.— right across the harbor from the world’s largest naval base and shipyard in Norfolk, Va.

Given President Donald Trump’s newfound friendship with the Zio-Trotskyite warmonger party and the rogue “deep state,” is a false-flag disaster planned for the near future in order to accomplish the New World Order’s goals of martial law in America, more war profits abroad, and an extensive depopulation event? Will it be used to justify war against North Korea? Syria? Russia or China? Will the American sheeple fly their flags and march lockstep to their own death and destruction?

Ronald L. Ray is a freelance author and an assistant editor of The Barnes Review. He is a descendant of several patriots of the American War for Independence. Contact Ron by email at [email protected]

For more on how you can prepare for a possible EMP attack, order EMP Attacks and Solar Storms—Expanded Edition (softcover, 117 pages, $15 plus $4 S&H inside the U.S.) by Arthur Bradley, Ph.D. from the AFP Bookstore. 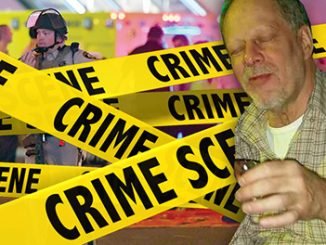