Nearly 25 years of minimizing and ignoring the nuclear threat from North Korea has left the United States with few options to deal with the escalating danger emanating from the East Asian dictatorship, most visibly illustrated by President Donald J. Trump’s prepared remarks delivered to the United Nations General Assembly—his first address as president to that body—on Sept. 19.

“The United States has great strength and patience,” Trump stated, “but if it is forced to defend itself or its allies, we will have no choice but to totally destroy North Korea.”

Such bellicose language delivered to a global institution, whose stated goal is world peace, might seem entirely out-of-place, but when viewed against the failure of a string of U.S. presidents and their administrations to adequately confront North Korean threats, Trump’s choice of words may be exactly what’s needed to deal with the situation.

On the heels of recent successful satellite launches, North Korea has shocked the world by launching ICBMs and claiming to have detonated a hydrogen bomb on Sept. 2, a thermonuclear weapon with a yield (the amount of energy released) of over 50 kilotons of TNT, over three times more powerful than the atomic bomb dropped on Hiroshima. North Korea claimed its bomb had a yield of 100 kilotons.

Perhaps more alarming than a confrontation with the 2-million-strong Korean People’s Army—the world’s largest military—is the possibility that the North Korean regime may launch a nuclear-armed satellite for use in an electromagnetic pulse (EMP) attack on the United States. When detonated at a high enough altitude, the nuclear blast creates an electric shock wave—similar to lightning—that can potentially knock out the entire electric grid of North America, and all electronics. The July 9, 1962 high-altitude nuclear test conducted in outer space by the U.S. called Starfish Prime verified the existence and effects of man-made EMPs.

Significantly, North Korea’s state news agency boldly stated that this weapon “is a multifunctional thermonuclear nuke with great destructive power which can be detonated even at high altitudes for super-powerful EMP attack.”

In order to gain a fuller understanding of this matter, American Free Press conducted an exclusive interview with Dr. Peter Vincent Pry, the world’s leading expert on EMPs, the executive director of the Congressional Advisory Board’s Task Force on National and Homeland Security, and the chief of staff of the Commission to Assess the Threat to the United States from Electromagnetic Pulse Attack, or the Congressional EMP Commission. Pry is also a former Central Intelligence Agency (CIA) officer and the author of numerous books on national security issues.*

Incredibly, even in the face of North Korea’s September threat to launch an EMP attack against the U.S., D.C. has plans to let the EMP Commission’s charter expire.

“Only in Washington,” said Pry, “would it be possible to have something like this happen, where the EMP threat is looming larger than ever, and Pyongyang is actually threatening EMP attacks against us now, and Washington’s response to this is to let the EMP Commission go out of business.”

Pry explained why an EMP attack is so dangerous.

“If you took a Hiroshima-type bomb and detonated it in a city,” he said, “it might kill 200,000 people, but that same weapon, let’s say you used it to black out the Eastern grid, [which] supports most of our population and generates 75% of our electricity. The EMP Commission estimated that we would lose 90% of the population within a year from starvation, disease, and societal collapse. We can’t survive as a civilization without the Eastern grid. There’d be no coming back from that. And North Korea only needs one weapon like this in order to destroy our whole society.”

Pry explained how we arrived at this point.

“We knew in 1994 when [CIA Director] Jim Woolsey went and testified and told the Senate Armed Services Committee that North Korea had the bomb,” Peter explained. “And that created this crisis, so Bill Clinton had to think about abandoning his whole agenda. And so for about six months it was actually contemplated by the Clinton administration about going to war to stop North Korea from getting the bomb.”

Pry was on the professional staff at the time, and instead of war, the Clinton administration negotiated an agreed framework with North Korea.

“I was on the North Korea Advisory Group all through the eight years of the Clinton administration,” he said, “and they were cheating on that agreed framework, and we knew it.”

Pry tried to tell the press, but they weren’t interested.

Pry explained that the North Korean nuclear threat has been kicked from the Clinton, Bush, and Obama administrations right to Trump, whose administration is doing the same.

“The reason they’re doing it under the Trump administration,” Pry explained, “[is that] Trump has not cleaned house. This is still the Obama administration. Most of these people—both in the Department of Defense and in the intelligence community—are Obama analysts and Obamanites who are now deeply embedded in the federal bureaucracy. These people need to be fired or they need to be moved out. He’s gotta get his own team in there, and this kind of thing is gonna continue until he replaces these people.”

*Disaster Preparedness for EMP Attacks and Solar Storms, by Arthur T. Bradley, Ph.D. (softcover, 117 pages, $15 plus $4 S&H in the U.S.), is available from the American Free Press bookstore. 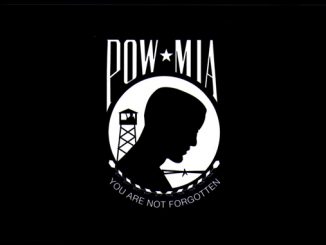