The November 2017 death of imprisoned cult leader Charles Manson spurred new interest in research refuting the official story. Famed attorney Vincent Bugliosi helped frame the public’s understanding of the “Manson Family cult” but was his fascinating narrative accurate? Author Nikolas Schreck disagrees with Bugliosi and suggests in a new book there’s much more to the story than a group of deranged druggies gone wild.

On Nov. 19, 2017 Charles Manson, 83, died in Bakersville, Calif. while serving a life sentence for first-degree murder and conspiracy to commit murder in the 1969 Tate-LaBianca killings. He was originally sentenced to death until California banned the death penalty in 1972 and his sentence was commuted.

The reaction to Manson’s death has been both typical for and parallel to the mainstream mass media’s coverage of Manson’s case, biography, and personality since 1969. Hollywood has also reacted. Mia Farrow, a friend of murdered actress Sharon Tate, tweeted that her thoughts were with Tate and the rest of “Manson’s victims.”

One of the few undisputed facts of the Manson legal case was that he physically committed none of the Tate-LaBianca murders that rocked the Hollywood hills on Aug. 9 and 10, 1969. They were committed by those associated with Manson—Charles “Tex” Watson, Susan Atkins, Patricia Krenwinkel, and Leslie Van Houten. Linda Kasabian was given immunity for her testimony regarding the details of the killings.

After the prosecution rested in the 1970 trial, the defense filed a few formal dismissal motions before resting three days later. Much to the dismay, anger, and surprise of Atkins, Krenwinkel, and Van Houten, no witnesses were called for the defense. Manson, in a 1989 interview, angrily said, “Had you let us put on a defense, we could have explained to you why it happened.”

Legend and lore have since been attached to the Manson case by prosecuting attorney Vincent Bugliosi, who in 1974 co-wrote Helter Skelter about Manson and the case. It was Helter Skelter that perpetuated the story regarding the use of the Beatles song for which the book was named. Bugliosi argued that Manson, a failed musician, was obsessed with the Beatles and used the term to describe secret messages that signaled the chaos that would occur when a race war broke out across America. The senseless murders committed by “The Manson Family” would be the spark that ignited that war. According to Bugliosi, the “Family” members were mesmerized, zombie-like followers who executed Manson’s twisted, demented demands.

Nikolas Schreck, the author of The Manson File: Myth and Reality of an Outlaw Shaman, disagrees with what he calls “the Helter Skelter myth.” The picture of Manson and those around him at the Spahn Ranch is very different than the one painted by Bugliosi and dramatized in multiple made-for-television movies. Schreck first wrote to Manson in 1985 and spent decades corresponding with Manson and his associates.

German-English actor Ferdinand Mayne gave Schreck his first breakthrough when he told Schreck it was a well-known secret around Hollywood that Manson and his associates had known the victims personally.

Schreck dispels the myth of Manson as a spurned, untalented musician out to avenge his rock-and-roll failures. Manson was not a parasitic fame chaser, as outlined in the Helter Skelter myth. Rather, Beach Boys drummer Dennis Wilson was looking for a spiritual mentor at a time when he was lost and needed a cultural spark. Manson, Schreck argues, was that spark.

At over 1,000 pages, The Manson File goes into great depth in an attempt to correct the false narratives of the dramatis personae that surrounded Manson at Spahn Ranch and at trial.

Schreck describes Manson’s circle as a “group marriage” in a polygamous commune, not a cult with a unified ideology. The women were known to peers as “Charlie’s girls” and not “The Family,” which was a title later assigned by the media.

The myth of Manson’s brainwashing was first spread by Atkins, who had a well-known mafia lawyer, Richard Caballero. Schreck believes the financially “poor hippie girl” was given mafia representation to protect the mafia-drug ties that were the real reasons for the murders, a drug robbery that turned violent. Atkins’s grisly prison confessions then were attempts to build a reputation among the hardened inmates.

Van Houten’s testimony also seemed guided, according to Schreck. He believes that Van Houten took part in the LaBianca murders in an effort to free her imprisoned boyfriend, Bobby Beausoleil, jailed for killing Gary Hinman. Van Houten believed that they could commit similar crimes that would make officials believe Beausoleil didn’t actually kill Hinman. Schreck emphasizes that this was not a theory believed by Manson. Now portrayed as the most culpable of the women, The Manson File portrays Van Houten as having the most extreme ideological views of the girls charged in the murders.

Schreck characterizes Krenwinkel as the most violent of the women. He believes that the killings should actually be called the “Watson-Krenwinkel Murders.”

Related: More on Manson from Victor Thorn, in these two books available from the American Free Press Bookstore: 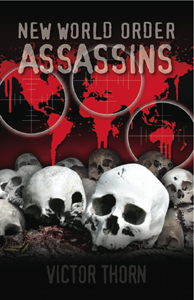 Bugliosi puts a scared Kasabian at the scene only because she had a valid drivers license. Schreck believes she was, with Watson, a major instigator of the murders. Kasabian had already been arrested on drug charges, and Watson, on the day he met her, convinced her to steal $5,000 from her husband. She had also attended drug parties next door to the LaBianca home. Kasabian lives as a free woman today.

Bugliosi, who died in 2015, did not end his career without controversy. Though the JFK assassination research community can often be fracture, there was unity in their disapproval of Bugliosi’s 2007 work on the Kennedy assassination, Reclaiming History, in which he argued that Lee Harvey Oswald acted alone.

Schreck doesn’t defend Manson as a human being. Rather, he disagrees with the facts of the case as popularized by the prosecuting attorney with a legend to defend and a brand to build. 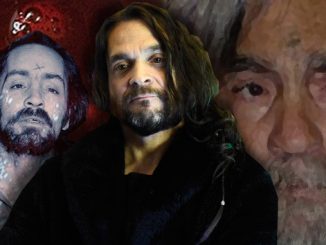 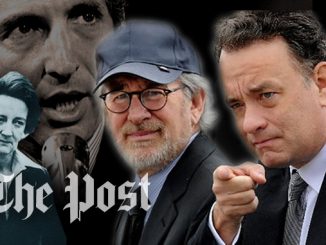 7 Comments on Manson Innocent of Murders?