Portland State University philosophy professor Peter Boghossian recently attempted to expose how ludicrous political correctness has become. Unfortunately for him, his attempt succeeded all too well—and now he may be out of a job.

Over the course of a few years, Boghossian and two academics produced 20 hoax essays, collectively called “the Grievance Studies” experiment, that were written to be as ridiculous as possible and designed to appeal to small special interest groups made up of mostly far-left scholars.

Seven of Boghossian’s bogus studies were accepted for publication by social science journals, including a feminist rewrite of Hitler’s Mein Kampf. The journal Gender, Place, and Culture bit on a piece claiming to study “canine rape culture.”

In that study, Boghossian and his colleagues charged that, “dog parks are rape-condoning spaces and a place of rampant canine rape culture and systemic oppression against ‘the oppressed dog’ through which human attitudes to both problems can be measured.” Boghossian’s team even claimed to have “tactfully inspected the genitals of slightly fewer than 10,000 dogs whilst interrogating owners as to their sexuality.”

In another eagerly accepted article, the hoaxers demanded that the world of bodybuilding recognize “fat bodybuilding, as a fat-inclusive politicized performance.”

For his efforts, which once brought to light should have caused academia to engage in some self-analysis, Portland State University moved to fire Boghossian.

“I truly hope the administration puts its institutional weight behind the pursuit of truth, but I’ve been given no indication that’s what they intend to do,” Boghossian said.

All of the journals involved are part of the dubious field of “grievance studies.” Some in the mainstream media attempted to rationalize and defend academia’s attachment to the most extreme, and in these cases totally fabricated, areas of identity politics that focus on gender and race.

A group of 11 Portland State professors and one graduate student published an anonymous letter in the student newspaper Vanguard, which featured a menacing image of Boghossian equipped with a Pinocchio nose. They charged Boghossian’s team with repeated “fraudulent behavior violating acceptable norms of research in any discipline” and castigated the beleaguered professor for inviting James Damore, who was fired by Google for exercising his right to free speech, to an event at the university.

“Boghossian has not only indicated his less-than-collegial attitude through his hoaxes,” they charged, “but has actively targeted faculty at other institutions. None of us wish to contend with threats of death and assault from online trolls.”

Some in the academic world displayed a degree of rationality. Yascha Mounk, a Harvard lecturer in government, condemned what he viewed as unfair attempts to undermine the hoaxers.

“Even if all of the charges laid at the feet of Boghossian [and the two other authors] were true, they would have demonstrated a very worrying fact,” Mounk wrote. “Some of the leading journals in areas like gender studies have failed to distinguish between real scholarship and intellectually vacuous as well as morally troubling [expletive deleted].”

In a recent YouTube video, Boghossian read out an email from Portland State, which threatened an investigation and sanctions against him.

“I think that they will do everything and anything in their power to get me out,” he stated. “And I think this is the first shot in that.”

Boghossian’s case is merely the latest example of political correctness run amok on college campuses across the country. Earlier this month, it was widely reported that Washington, D.C.’s American University would be hosting a multisession seminar aimed at getting faculty to combat “white language supremacy.” The seminar will also propose “alternative” methods of assessing writing other than quality, such as “labor-based grading contracts.”

While even the most unthreatening and lukewarm “conservative” voices have been denied the opportunity to speak at various universities, some astonishingly anti-white figures have been welcomed.

Christian evangelical Wheaton College, not a typical leftist institution, permitted Emory University philosophy professor George Yancy to speak there in 2017, in the esteemed Billy Graham Center on campus. His speech was filled with expletives and hateful declarations like, “To be white is to be racist.” Stephens College, a women’s college in Columbia, Mo., recently announced that it will “admit and enroll students who were not born female, but who identify and live as women.” All-women Mount Holyoke College canceled plans to change its logo due to protests that it could be perceived as not being inclusive to transgender students.

Boghossian merely demonstrated what is obvious: In today’s America, satire is impossible while a frighteningly authoritarian political correctness rules the day.

Donald Jeffries is a highly respected author and researcher whose work on the JFK, RFK and MLK assassinations and other high crimes of the Deep State has been read by millions of people across the world. Jeffries is also the author of two books currently being sold at the AFP Online Store. 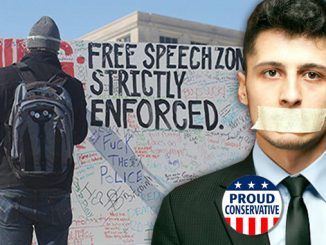 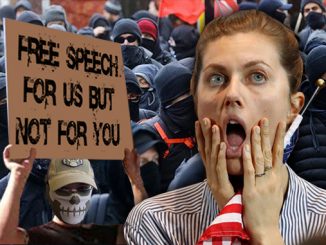