The homelessness problem in major California cities is a full-blown crisis that is threatening public health and sanitation in a way perhaps never seen before. Homelessness, poverty, and staggering income disparities—common features of Third World countries—are on full display in major cities in California such as Los Angeles, San Diego, and San Francisco.

Homelessness has long been a major problem in California, the most populous state in the union, which ironically boasts one of the nation’s largest and most robust economies yet has the highest poverty rate. In recent years, however, it has become increasingly clear that the homelessness problem in major California cities, particularly the Los Angeles metropolitan area, is a full-blown crisis that is threatening public health and sanitation in a way perhaps never seen before.

Homelessness, poverty, and staggering income disparities—common features of Third World countries—are on full display in major cities in California such as Los Angeles, San Diego, and San Francisco. According to a recent homelessness survey conducted annually in Los Angeles County, roughly 59,000 people are living without shelter across the most populous county in the country on a daily basis. That number is up from just under 53,000 in last year’s survey, despite an increase in taxpayer-supported funding for public assistance aimed at combating homelessness.

“At this point of unprecedented wealth in the county of Los Angeles, we are equally confronted with unprecedented poverty manifesting itself in the form of homelessness,” County Supervisor Mark Ridley-Thomas recently told the Los Angeles Times. “Last year’s count, we felt we were trimming in a way that would suggest we were getting our arms around this. And yet this year we are pretty well stunned by this data.”

Homeless encampments can be found across Los Angeles County under freeways and overpasses, in public parks and wooded areas, and along the sidewalks of downtown Los Angeles and other major cities in the county. Trash, discarded furniture and other large household items, and piles of rubbish, debris, and human waste litter the city, as garbage and sanitation crews struggle to keep up with the waste. In certain areas of downtown Los Angeles, entire city streets have been consumed with trash, feces, and other debris, some of which is illegally dumped by local businesses and industrial facilities.

Heaps of trash, debris, discarded items, and other waste are common features in Los Angeles, particularly in the downtown area. Skid Row, a notorious section of downtown known for its large homeless population, and surrounding areas are in some cases literally covered in garbage and waste, with countless homeless individuals camping and sleeping on the street. The piles of trash and waste are magnets for fleas, flies, rats, and other rodents, leaving area residents fearful for their health and well-being and that of their family and neighbors.

“I can’t walk down the street without thinking that a flea could jump on me,” Estela Lopez, who works downtown, told NBC4 Los Angeles recently. Many fear a public health crisis is underway, with diseases such as tuberculosis, typhus, and other contagious diseases common to Third World countries showing up in California. “Our homeless crisis is increasingly becoming a public-health crisis,” California Governor Gavin Newsom declared in his State of the Union address earlier this year. “Typhus. A medieval disease. In California. In 2019.”

Disease is spreading largely due to the homeless crisis, as the garbage attracts disease-spreading vermin. Not only do those struggling with homelessness lack basic shelter and sanitary living conditions, but they also lack reliable access to health services, restrooms and regular showers. Janice Hahn, who sits on the Los Angeles County Board of Supervisors, stated that area residents are “seeing more encampments, more people sleeping on the sidewalks in dirty, unhealthy, and heartbreaking conditions.”

“They are frustrated by this problem,” she declared. “We need to give people answers.” Unfortunately, answers and solutions to the homeless crisis are difficult to come by, despite increasing levels of public and private money being directed at tackling the problem. Measure H, an initiative passed by Los Angeles voters in 2017 that added a quarter-cent to local sales taxes to fund programs designed to address the homelessness crisis, has raised close to $400 million annually, yet the situation only seems to be spreading.

Many argue the driving force is housing affordability. California has some of the highest real estate prices in the country, and modest apartments or townhouses are often exceedingly expensive even for working households. Additionally, substance abuse, mental illness, and other social problems exacerbate the crisis, with many living on the streets addicted to drugs or alcohol and seemingly uninterested in rehabilitation.

This reporter is a resident of Los Angeles County, and can personally testify that the situation is out of control and shows no signs of abating. Cleaning up the county will be a major task for any elected official, and will no doubt require a joint public-private partnership to ensure lasting results. 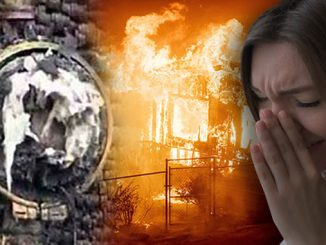 Why Are Houses Burning, But Not Trees?