If you read establishment newspapers, the mainstream media would have African-Americans believing that all whites would like nothing more than to genocide them. AFP recently sat down with the president of a black gunowners group, who argues that all races must overcome this and unite as Americans before the country fractures.

The mainstream media has fanned the flames of racism to the point that blacks and other minorities in America are racing in record numbers to arm themselves and join gun organizations that they can relate to. Although the trend of blacks to be more accepting of legal gun ownership has been in place for several years, empirical and anecdotal evidence suggest it has accelerated significantly since the emergence of Donald J. Trump. 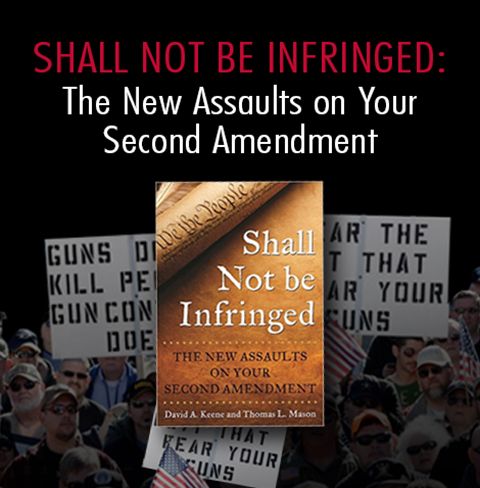 According to NBC News, gun-store owners have said that since Nov. 8 they are “seeing up to four times as many black and minority customers—and black gun groups are reporting double the normal number of attendees at their meetings since the election.”

Smith, a former human resources consultant in Silicon Valley, moved in 2002 from anti-gun California to pro-gun Georgia. He explained why he founded the organization.

“I went to the gun range for the first time with a couple of coworkers and I literally got the bug,” he said. “I went again for the second time, and the one thing I didn’t see was a lot of folks like myself.”

Smith, who is black, thought that since he enjoyed shooting so much there would be other blacks who felt the same way, so he put up a website on Feb. 28, 2015.

“Since then it went from just me to over 14,000 people and growing very, very fast,” he said. “No advertising, just strictly word of mouth and a few interviews here and there.”

Smith explained why blacks were slower than whites to embrace firearms, a lag that may have something to do with the history of blacks and guns.

“When blacks came to the U.S., they really weren’t allowed to have guns,” he said. “There were the so-called ‘black codes,’ where even though blacks were legally considered citizens, everything was done to make sure blacks couldn’t possess firearms.”

Referred to as “slave codes” during colonial times, these laws were passed after slave rebellions to restrict voting, possession of firearms, and congregating in groups. After the war of Northern aggression, Southern states passed “black codes,” modeled after the slave codes, designed to control movement and labor.

“If you were caught with a gun, a citizen was allowed to shoot you on site, no questions asked and no repercussions,” Smith explained.

Although there has been a long history of blacks not having access to guns, Smith believes that mindset is changing. “Back in 2012, a survey found that 22% of African-American households thought having a gun in the home was a great idea,” he said. “Just four years later, 52% of those same African-American households feel the same. So there’s been a tremendous change in our community in a very, very short period of time.”

Another survey, in 2014 by the Pew Research Center, found that 54% of blacks felt gun ownership did more to protect people from crime than it did to put people at risk, versus 29% who said that in 2012. Whites feel the same, up 62% from 54%. Smith’s website cites a study that shows 19% of African-Americans nationwide own firearms, but he believes that number has climbed much higher since he posted that statistic.

Terrorism and home invasions are a big factor in the change in attitude, Smith believes, as well as the highly publicized shootings of blacks by white police officers.

AFP asked how the current events have affected NAAGA.

“This last week we’ve had 1,500 sign up,” he said. “A lot of the members are concerned about racial tension.”

This is compared to an average of 500 people who join in one week since the inception of NAAGA.

Smith believes racial tensions in the country are getting worse.

“I talked to a couple of gun-range owners—black and white—who said their minority activity is up tremendously,” he said. “There is a high level of fear right now within our community since the election cycle. I get emails every day from folks that just really feel that something bad is about to happen.”

He added: “If we don’t come together as a country, regardless of color, we’re gonna be in a bad spot. We need to take a step back, because if we don’t, the country’s going to be torn to shreds.”

3 Comments on Is the Media Pushing Blacks to Prep for Race War?